Mexico Is More Than Meets The Eye

Katie, a Spanish and International Studies major from the University of Iowa, spent a year studying abroad at Universidad La Salle in Mexico City. She speaks about the reality of studying abroad in Mexico versus the way that the news portrays the country. How did Mexico challenge the media’s perceptions? Katie explains it all… 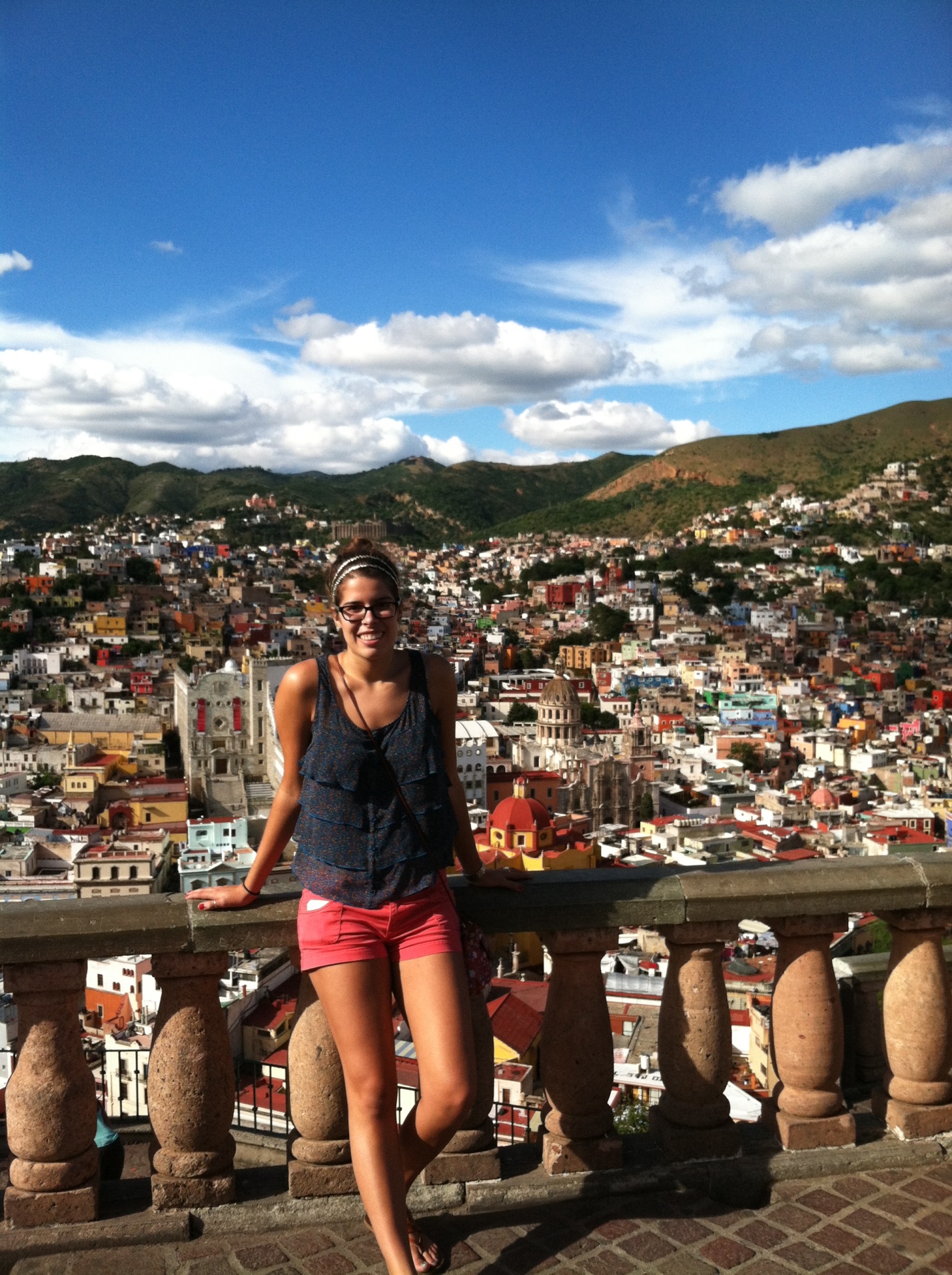 Katie enjoying the view in Guanajuato

My name is Katie Rivera and I have just recently returned for a year abroad in Mexico City, Mexico. First off, Mexico City is absolutely NOTHING like what the news portrays or what a typical Mexican vacation is like. It is a city of millions that is extremely developed and much like any normal big city. Even though it has such an enormous population, there is a lower crime rate than in Washington D.C. That being said, although it is no more dangerous than any normal big city; habits like not walking alone at night and not being flashy with money are more common sense things than actual precautions to take. The streets of Polanco have expensive shops like one could find on the Champs-Elysées in Paris, while Condesa is filled with the trendiest bars and clubs, and the pastor tacos can be found just about everywhere. There are malls in almost every colonia (what they call the different neighborhoods in Mexico City), multiple amusement parks, a highly sophisticated public transportation system, some of the world’s best museums, the largest soccer stadium in Latin America seating 100,000, and as an added bonus, pandas in their zoo (just over 10 zoos in the world have pandas). 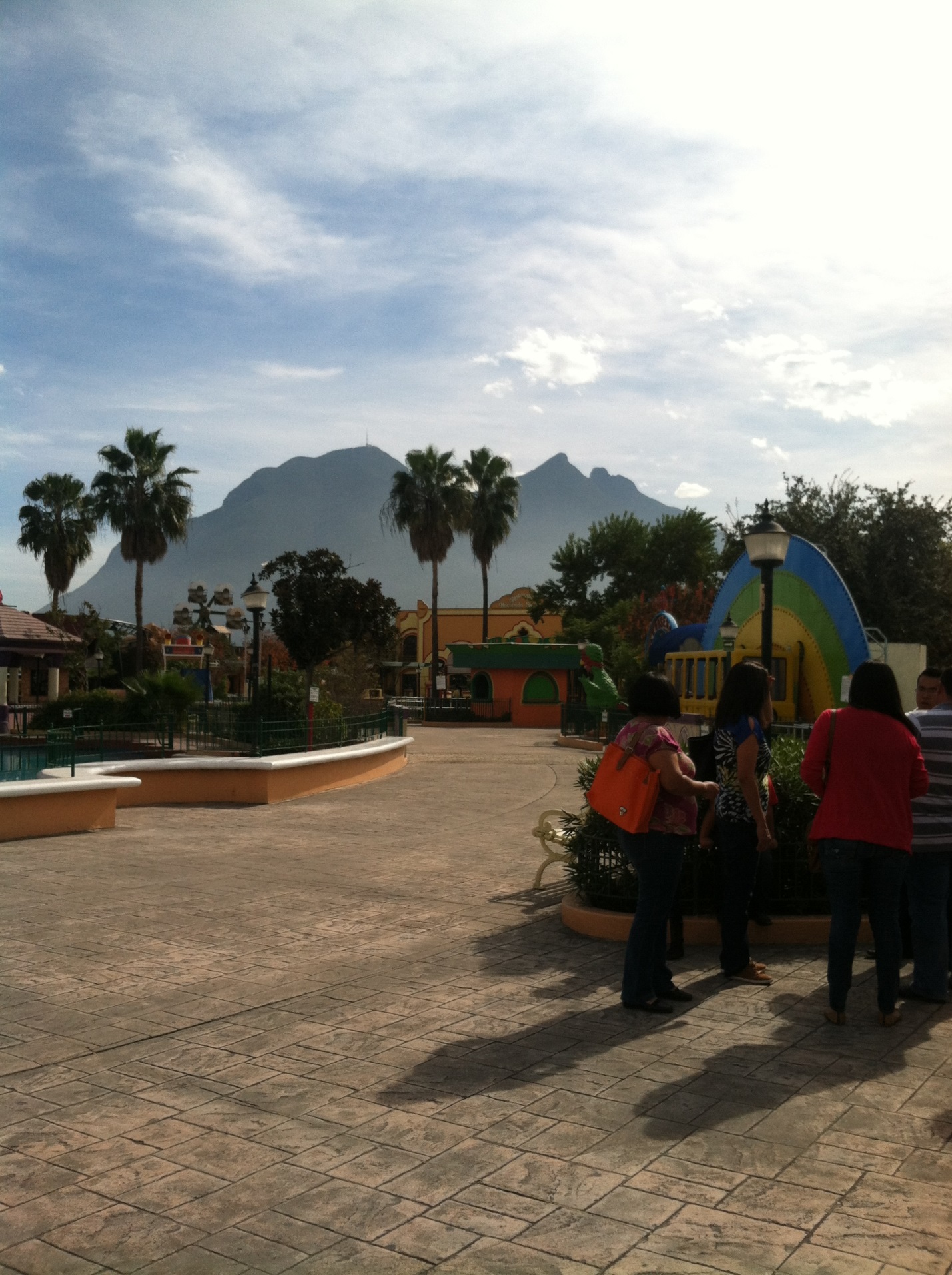 Mexico cannot be defined by what is presented in the news because there’s so much more than just that. The cartels and drugs are problems of the north, leaving the rest of Mexico perfectly safe.

Yes, drugs are a prevalent problem throughout the north, but the majority of Mexico is more than safe to travel through. Buses make weekend visits to Guanajuato, San Miguel de Allende, or even Toluca very easy and worth the trip. Never once while spending time in Central Mexico did I feel as though my safety was in jeopardy.

Mexican people are warm and welcoming and always have some place that is gorgeous to visit. From mountains, to hot springs, to caves, to deserts, to even snow, and of course beaches, Mexico has a constantly changing landscape that is one of the most beautiful places that I’ve ever been to.

As far as schooling goes, I felt La Salle had a very relaxed learning environment. At my home university, I would normally take 4-5 classes each semester and be very busy. In La Salle however, I had lots of free time which was something new to me during the school year.

The campus was really pretty and really had all the things I ever needed such as printing stations and computers. The teachers were generally extremely helpful to the exchange students, and the exchange group was fun because it included kids from all over the world and from different parts of Mexico. 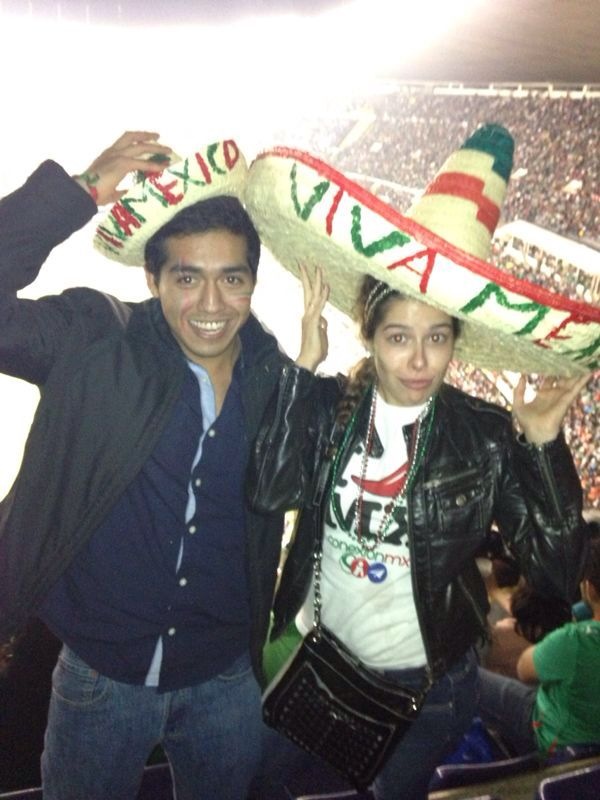 ¡Viva Mexico! Katie and a friend at Estadio Azteca.

I met some of my best friends there, and was blessed to have had them in my life. We were constantly together and every weekend you could find us all gathered in someone’s apartment just hanging out until 6 in the morning, enjoying each other’s company. They helped me celebrate Thanksgiving, which is my favorite holiday, and were constantly willing to help me with school, my language skills, and adjusting to life in Mexico. They showed me the true Mexican culture and helped me to fall in love with the country.

Thanks, Katie! Ready to explore Mexico? Learn more about Universidad La Salle on the ISEP website and start your study abroad adventure.

Blog ISEP Student Stories: Anne’s Year-long Immersion in Japanese Culture at Toyo University We asked Anne to tell us about her experience taking Japanese Language and Literature courses in Tokyo, Japan for an entire academic year — plenty of time to immerse herself in the culture and the language.