How Studying Abroad Started My Career in International Education

Eli, a communications major at San Diego State University, studied abroad with ISEP in 2003. His time in Iceland inspired him to pursue a career in international education. Eli shared his experience in our ISEP Alumni LinkedIn group, which led to an interview to learn more about how his time abroad impacted his career path.

Why did you decide to study abroad?

Honestly, it was a spur of the moment decision. I walked by the study abroad office one day and decided to check it out. The next thing I knew, I was filling out an application.

Did you get the chance to travel much during your semester in Iceland? 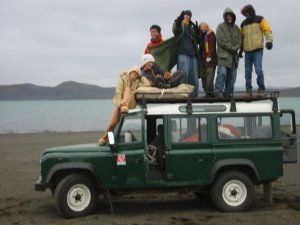 Eli traveled around Iceland during his time with ISEP.

I was able to travel a bit domestically, but the geographic restraints of living on an island so far away from the rest of Europe did not allow for much else. The university sponsored a trip to Vestmannaeyjar (Westman Islands), where we climbed volcanoes and tried unsuccessfully to catch puffins with some local children. On weekends we would sometimes rent a jeep and drive around the ring road or head into the interior. Some students participated in a university sponsored trip to Greenland, but I was not able to attend. Reykjavik is an amazing city and I was happy to spend most of my time there.

What did you most enjoy about your time abroad? 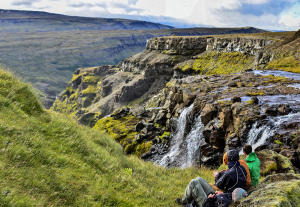 ISEP student Patrick with some other exchange students visiting the tallest waterfall in Iceland.

Without a doubt, the highlight of the experience was the people that I met, both other exchange students and local Icelanders. Even though it has been over 10 years, some of them remain my best friends to this day. I just met up with a few of my former classmates in London a couple months ago.

What is your current profession?

I am an International Student Specialist at the Borough of Manhattan Community College (CUNY). It is a pleasure working with international students. I do my best to make sure that they take as much away from the experience as I did when I was in their shoes.

How do you think your international experience translated into real world skills? 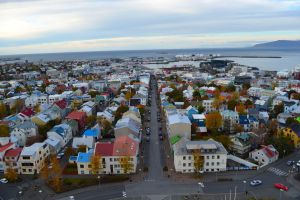 I learned cross-cultural communication skills, adaptability, and independence. Unfortunately, my rudimentary Icelandic language skills have not yet paid dividends in my personal or professional life.

How was your path influenced by your semester abroad?

My semester abroad with ISEP was the catalyst to my career in International Education. Immediately following graduation, I enrolled in a TEFL Certificate program through SDSU and taught in their American Language Institute for a year. Later, I taught EFL in Japan for a few years through the JET Program and at a couple universities. In between contracts I attended grad school abroad (University of Amsterdam). After returning home, I began a career in International Higher Education administration that has led me from the deep south (Georgia Southern University) to New York City (Baruch College and BMCC). I have traveled around the world recruiting students to study in the US and worked with fantastic students from hundreds of countries studying on our campuses. 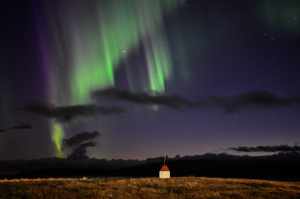 The whole experience came full circle a few years ago. While attending the 2013 APAIE (Asia-Pacific Association of International Education) conference in Hong Kong, I ran into my Study Abroad advisor from SDSU (now the Director at another institution). I had not spoken to him since graduation and introduced myself. He looked ecstatic said he was proud of how many alumni have chosen to enter the field. I realized that none of this would have been possible (from my job to being in Hong Kong and meeting a person from my past) if I had not studied abroad in Iceland. Thank you ISEP!

Blog How Studying Abroad Led Me to A Job At Google Peter, who now works for Google, asserts that his time in Sweden had a profound impact on his confidence and communication skills.