Catherine is an ISEP Voices blogger from American University of Sharjah, in the United Arab Emirates, who spent a semester at Virginia Tech in Virginia.

ISEP student Catherine M. is a student blogger and part of our new ISEP Voices program. She is a chemical engineering major from American University of Sharjah, and is currently studying abroad at Virginia Tech. Here she shares what she recommends as one of the most important things you can do before studying abroad.

“A businessman once desired to become enlightened so he paid a visit to a Zen master. The Zen master offered the businessman some tea; he poured the tea into the businessman’s cup and kept pouring and pouring till the cup overflowed and the tea splashed onto the floor. The businessman asked why the master would do that, and the master calmly replied, ‘This cup is like your mind: It is too full. It must be emptied first before you can attain enlightenment.’”

This was the anecdote my philosophy professor at Virginia Tech opened his first class with. I’m so glad that this class was the starting point of my experience in the United States because it opened my eyes to a very important idea:

You must let go of all your expectations, preconceptions and any limiting boundaries that you may have instilled on yourself, before you begin to embark on your new journey in completely uncharted territory.

Though clearing your mind from all presumptions is essential for every student traveling abroad to a completely new country, I feel it is especially relevant for students planning to do their exchange program in the U.S. Our generation is so exposed to Western culture and Hollywood pop culture in movies, music, books and several other media, that we may fall into the trap of believing we know everything there is to know about the West. A movie like ‘Mean Girls’ could leave you thinking that America is all about cliques and exclusivity, and that it won’t be easy making friends or fitting in if you’re in a racial minority or if you follow a non-Western religious faith. Or you might think that American college life only revolves around partying and doing a whole bunch of crazy things. You might fall into the trap of thinking that the American society is individualistic and that it’ll be hard for you to find help in times of trouble as an international student. And the list goes on! It’s so easy for your brain to overload you with presumptions as a way of coping with the new venture you’re about to take on, but don’t fall prey to these beliefs. 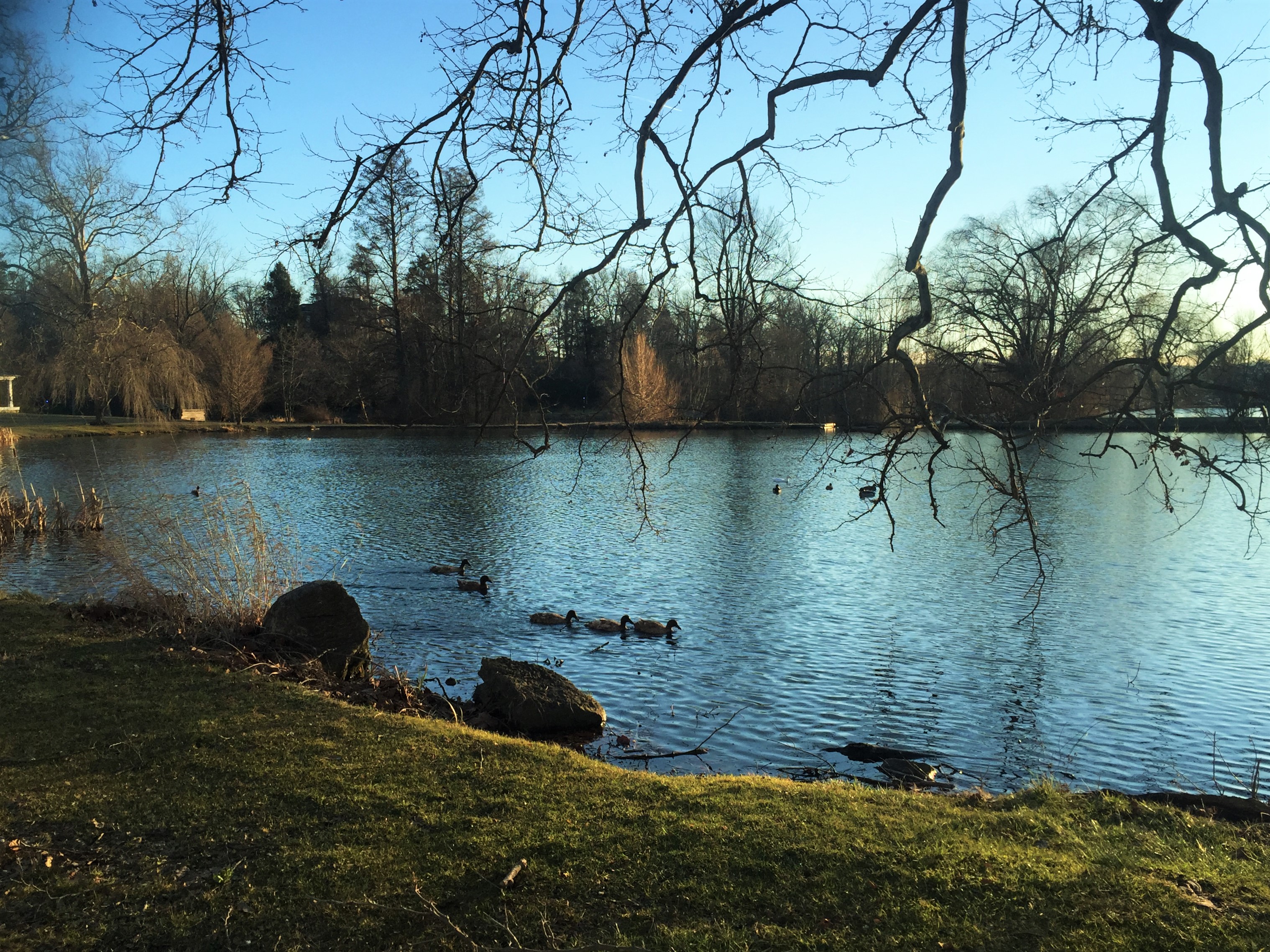 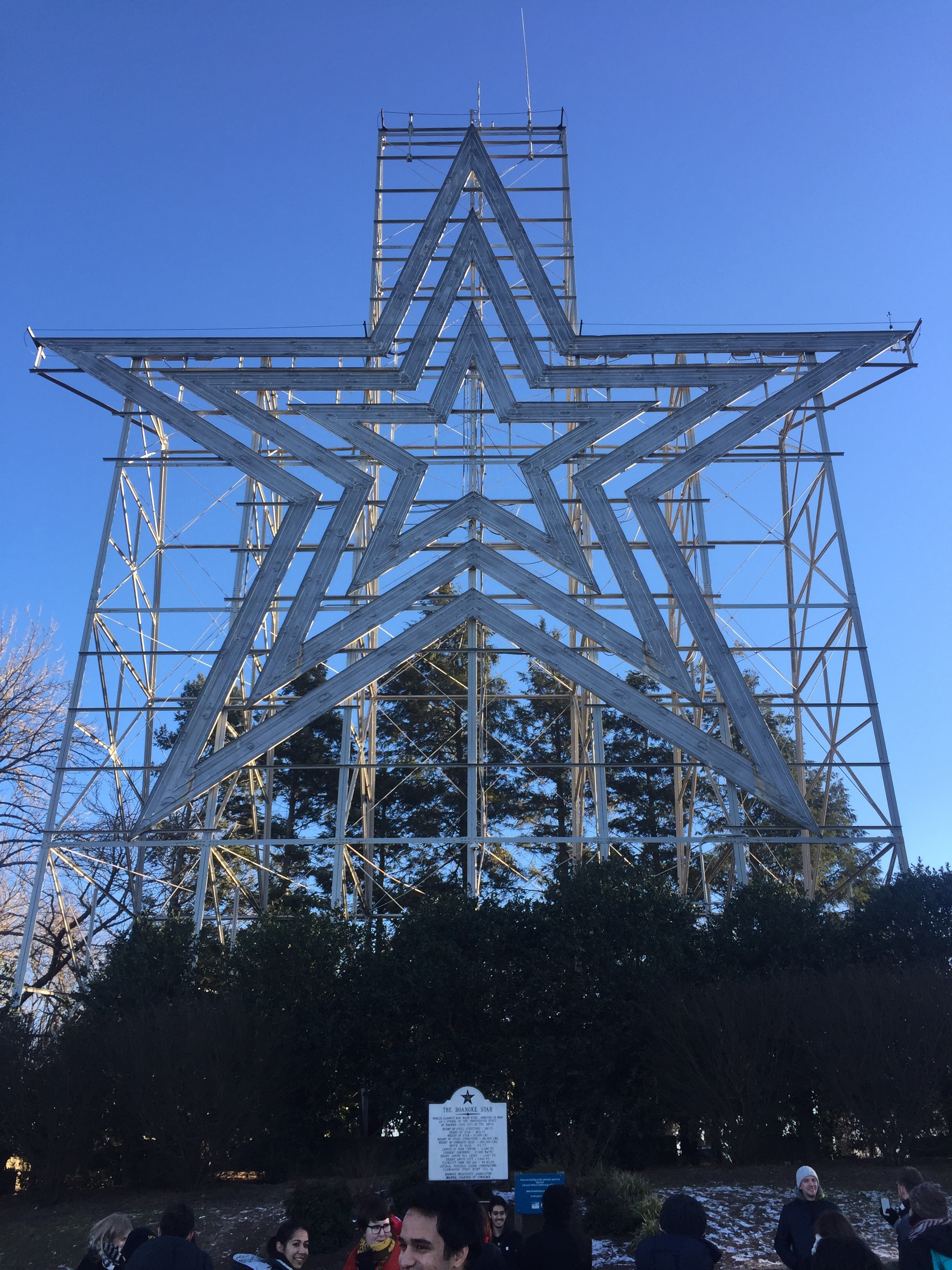 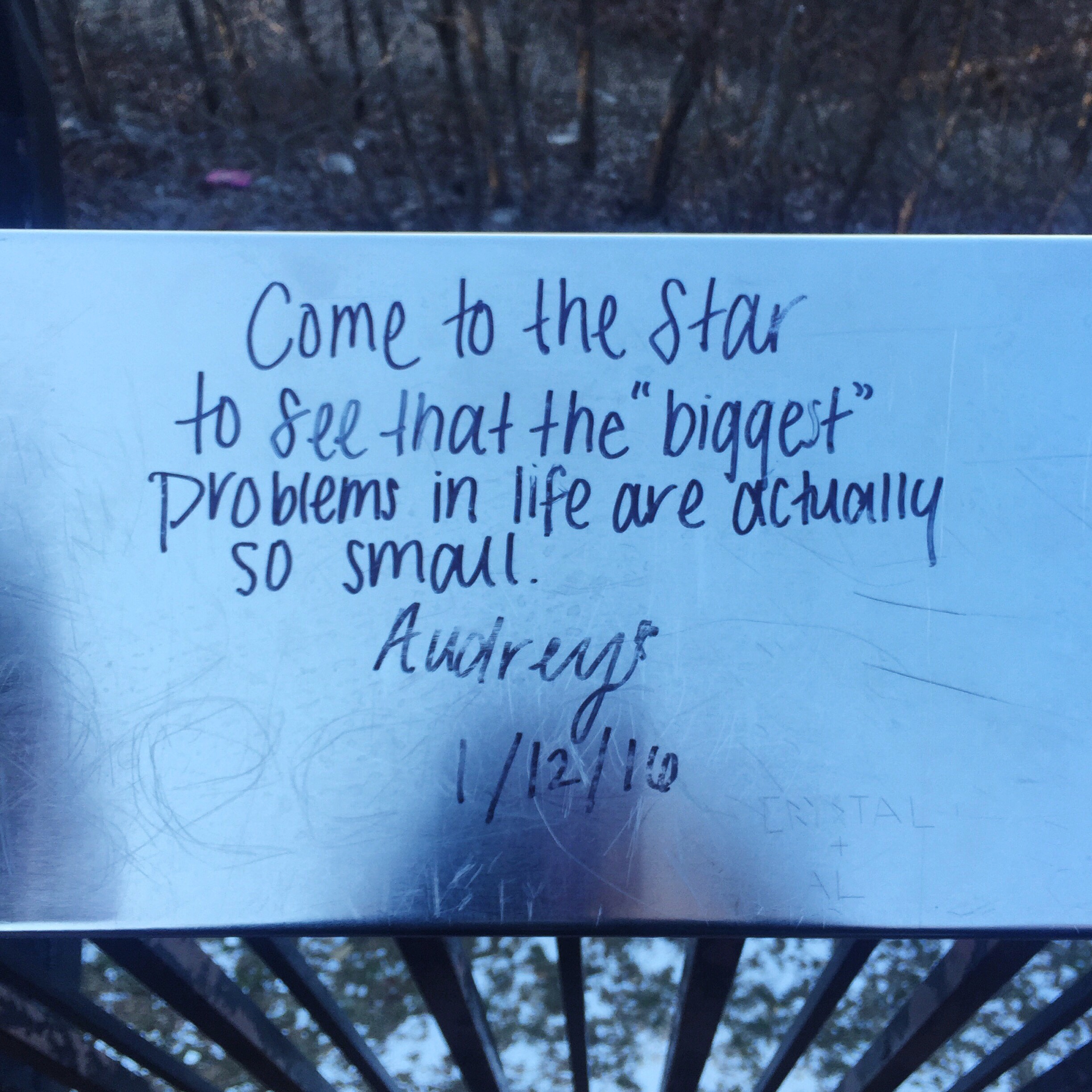 Quote written on Roanoke Star, “Come to the star to see that the 'biggest’ problems in life are actually so small.” - Audrey January 12, 2016

Seen at the Roanoke Star. 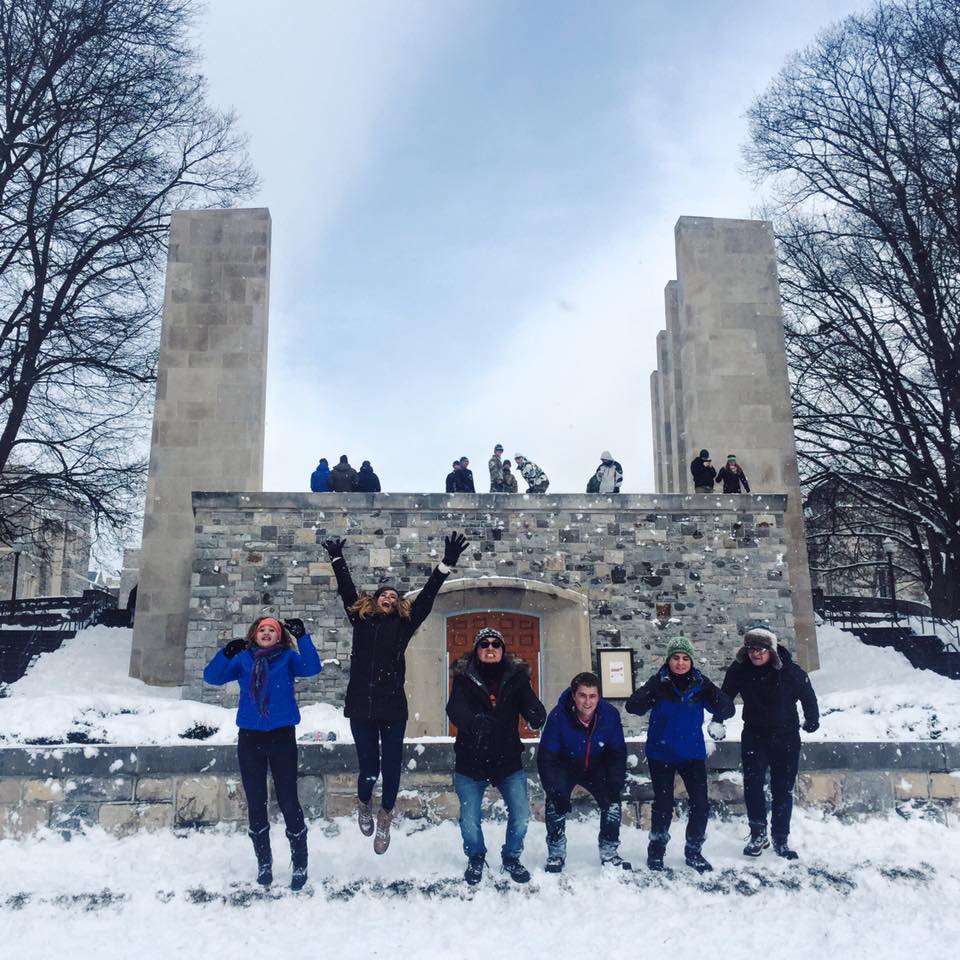 Civilian vs. Cadet Snowball Fight. Taken in front of the War Memorial Chapel at Virginia Tech. 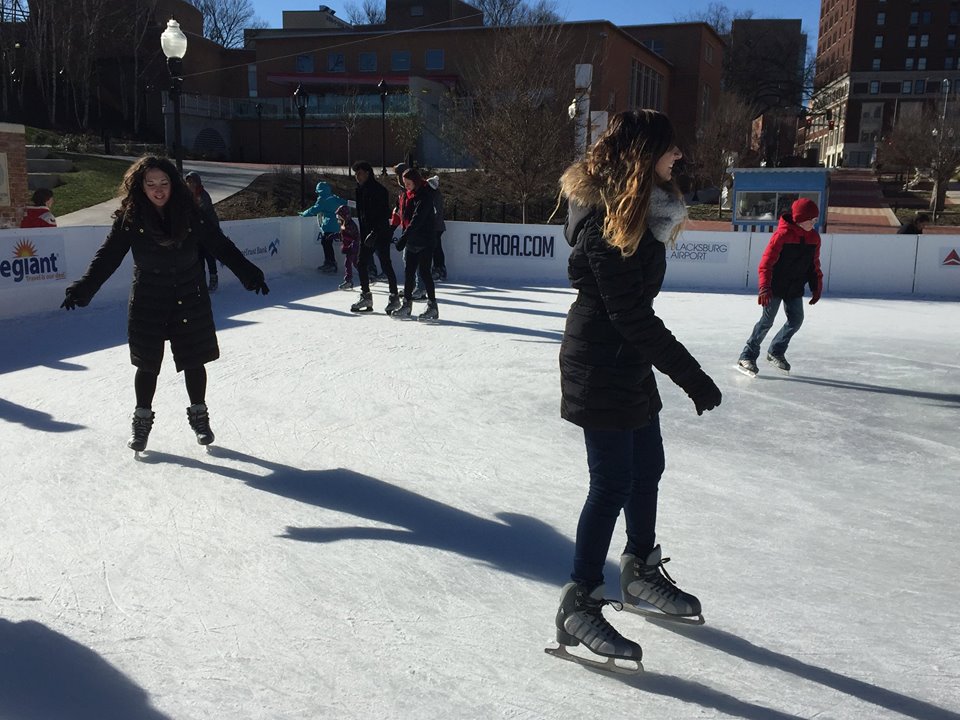 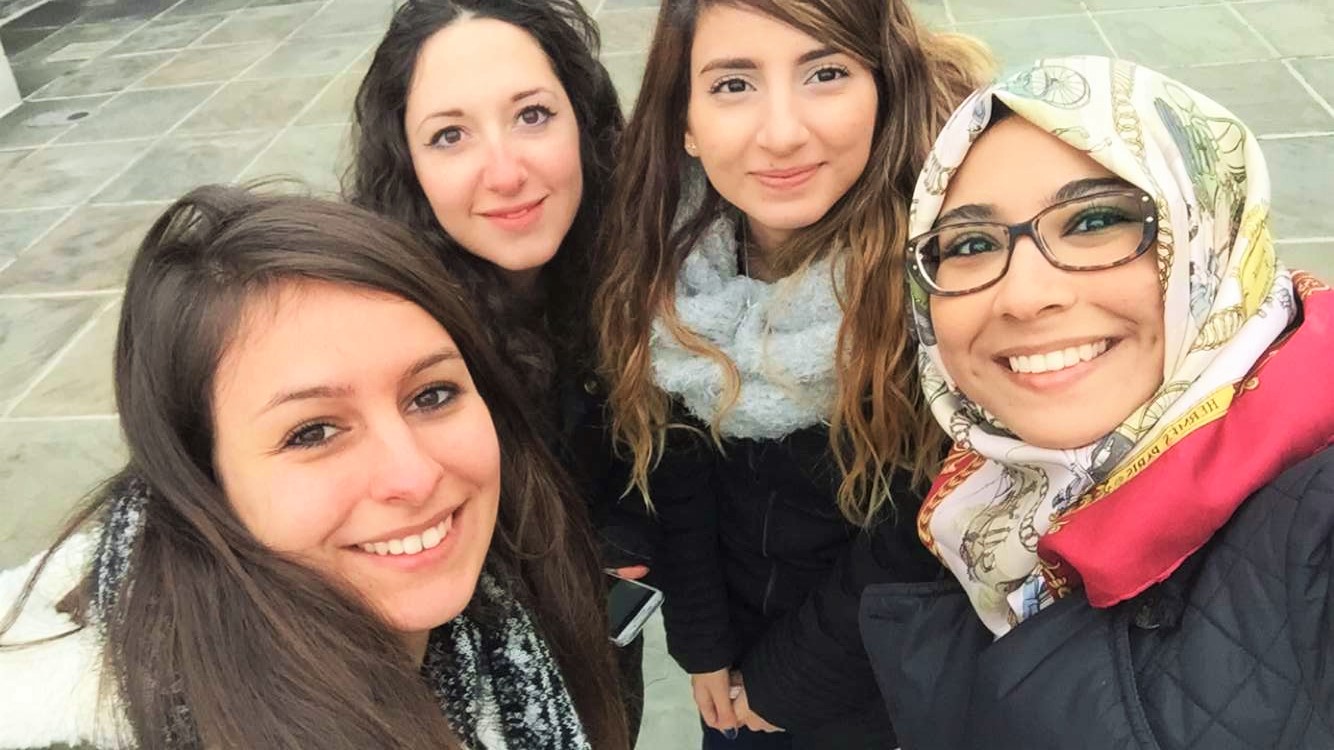 Four students posed for a picture- all from different countries.

From personal experience, letting go of my expectations of the U.S. and Americans in general has been the greatest thing I’ve done for myself. Sharing a room with the first Ecuadorian friend I’ve ever made, listening to my next door neighbor sing Latin American songs while I got ready in the morning, making friends with some very charming and patriotic members of the Cadet Corps, connecting on a personal level with several of my professors, ice skating on an actual outdoors ice rink, having the courage to make solo trips to nearby cities, taking part in Virginia Tech’s annual cadet vs. civilians snowball fight (and so on and so forth) are all experiences I’ve had and that I wouldn’t have been able to fully enjoy had I been restricted by my preconceptions.

So if there’s one thing you absolutely need to do before your study abroad journey it’s this: Empty your cup. Clear your mind. And enjoy yourself!

Are you ready to see where you could have your study abroad experience? See all of your options on the ISEP website.

Want to see more from our ISEP bloggers? Learn more about our ISEP Voices Spring 2016 group.

Blog Five Ways to Make the Most of Your Study Abroad in France ISEP student Emily S. is a part of ISEP Voices Spring 2016. She is a junior from the University of Southern Indiana, and is studying French while abroad at Université de Caen in France.

Catherine is an ISEP Voices blogger from American University of Sharjah, in the United Arab Emirates, who spent a semester at Virginia Tech in Virginia.