The Best Perk of Studying in the Center of Europe

ISEP student Madeleine K. is a part of ISEP Voices Spring 2016. She is a plant biology major from University of Vermont, and is currently studying abroad at Universität Bern in Switzerland.

The best part of studying abroad in Switzerland is undoubtedly its central location. It’s smack dab in the middle of Europe and so easy to get to the mountains. Because everything is so close together, all of the international students studying in Bern are able to take countless inexpensive weekend trips to anywhere we want!

One sunny Sunday, 15 of us packed up our snow gear, snacks and hiking boots, and boarded a train from Bern to Grindelwald. The ride is about an hour and a half long, and the entire way is filled with scenic landscapes of countryside hills, lakes and finally the Swiss Alps. 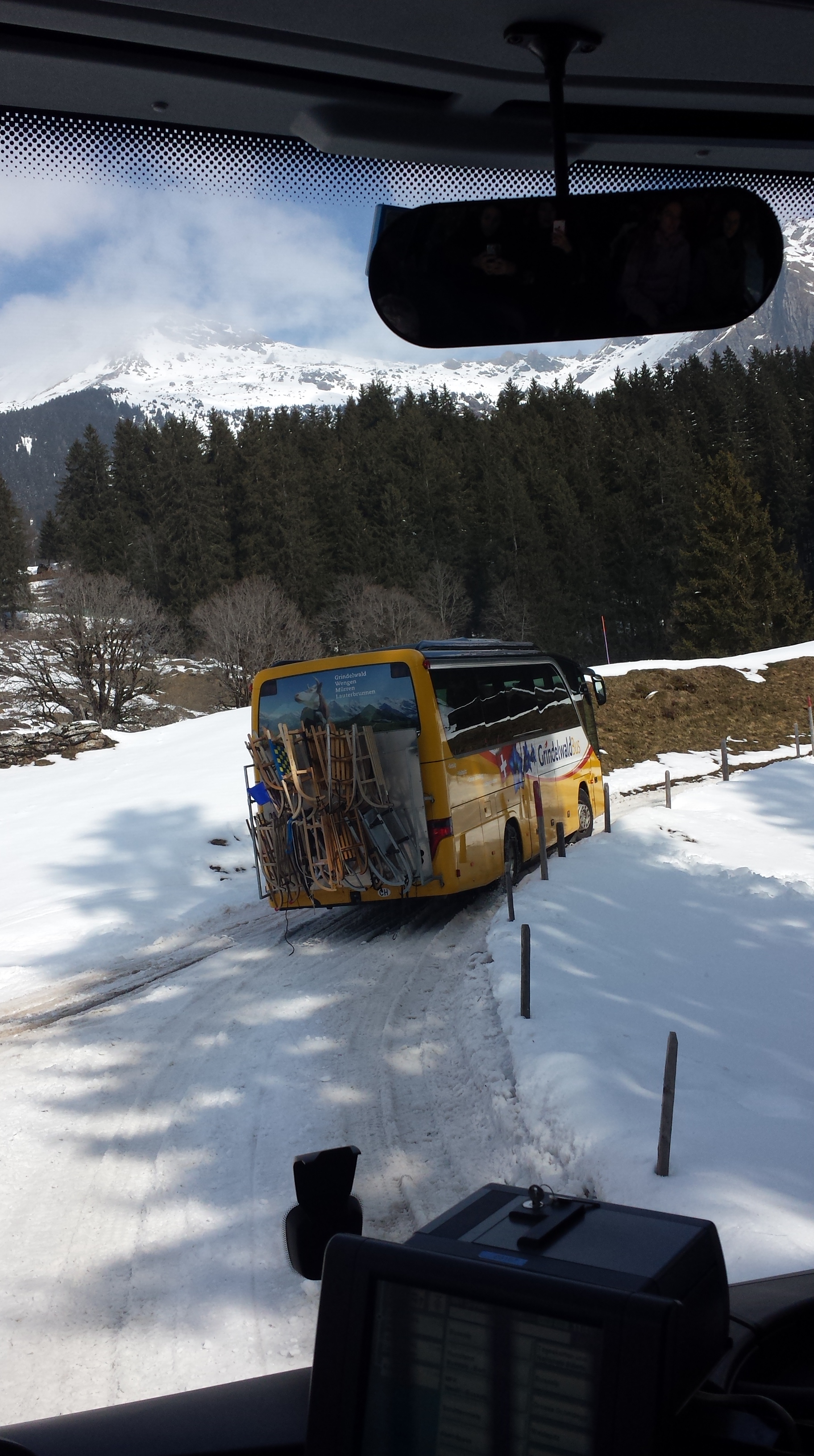 Bus trekking up the Alps from Switzerland.

Grindelwald is a small town in a valley between towering mountains packed with hotels, and is largely considered a gateway into the mountains. We crowded around a small wooden ticket booth to figure out how much it would cost to get to the good spots, and backpacks in tow, we loaded up onto the big yellow buses and were off. As we slowly gained elevation, the clouds started to clear and we got glimpses of monstrous snow covered peaks towering over the dark wooden houses in the valley below. I felt like an ant compared to the unreal size of the mountains. At one point we had to get out and switch buses because the road became snow covered and only vehicles with chains on their tires could get around those tight bends without sliding straight off. At this point my nerves got the best of me and I dug around in my seat in search of those often ignored bus seat belts. 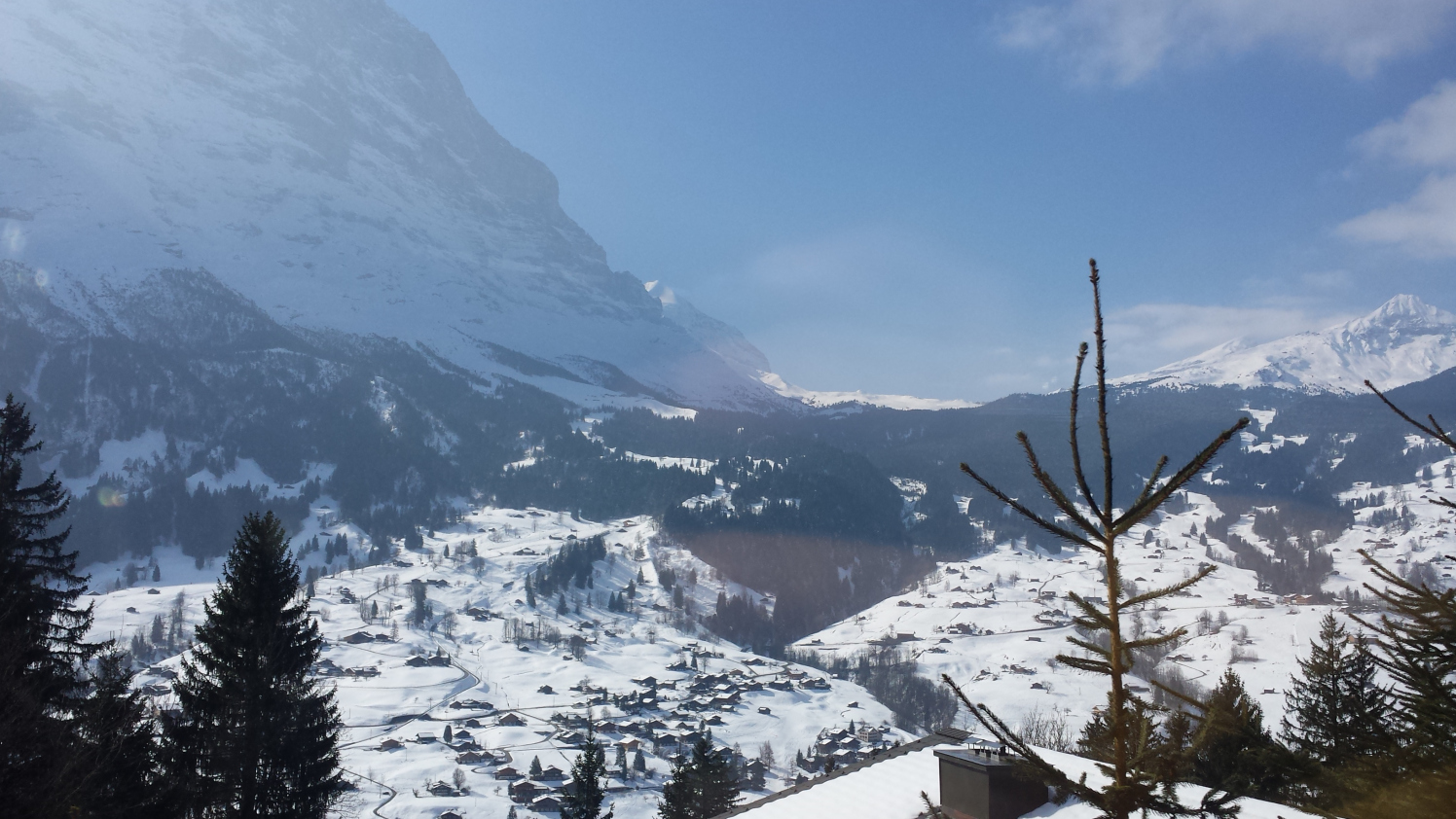 View from the top of the Swiss Alps.

We were dropped off at a rest area where we ate our cheese sandwiches, rented sleds, played around in the snow and prepared to trek up to the top of the longest sledge run in the world! The mountain we were on had no chair lifts or cable cars, which maintained the integrity of the mountainside and kept it beautiful and pristine. However, it did mean that we had to drag our sleds uphill for over three hours if we wanted to get to the top. The trail we were walking up was the same path you had to sled down, so as we were sweating and slipping uphill on icy patches, we also had to avoid entire Swiss families (grandma and all) barreling down the slope on their wooden sleds. I was amazed at the people I saw coming down the slope. There were old ladies with no teeth, tiny children sharing sleds with their parents and dogs chasing their owners down the hill. I even saw one lady sledding down with a small dog in her lap! 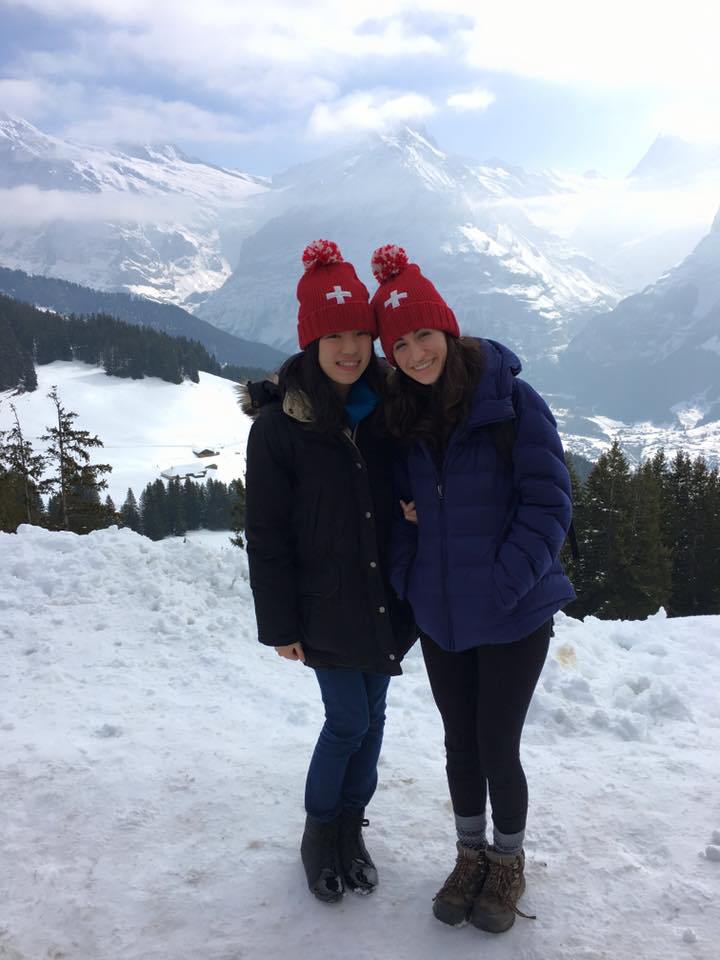 Students posing with the Swiss Alps in the background 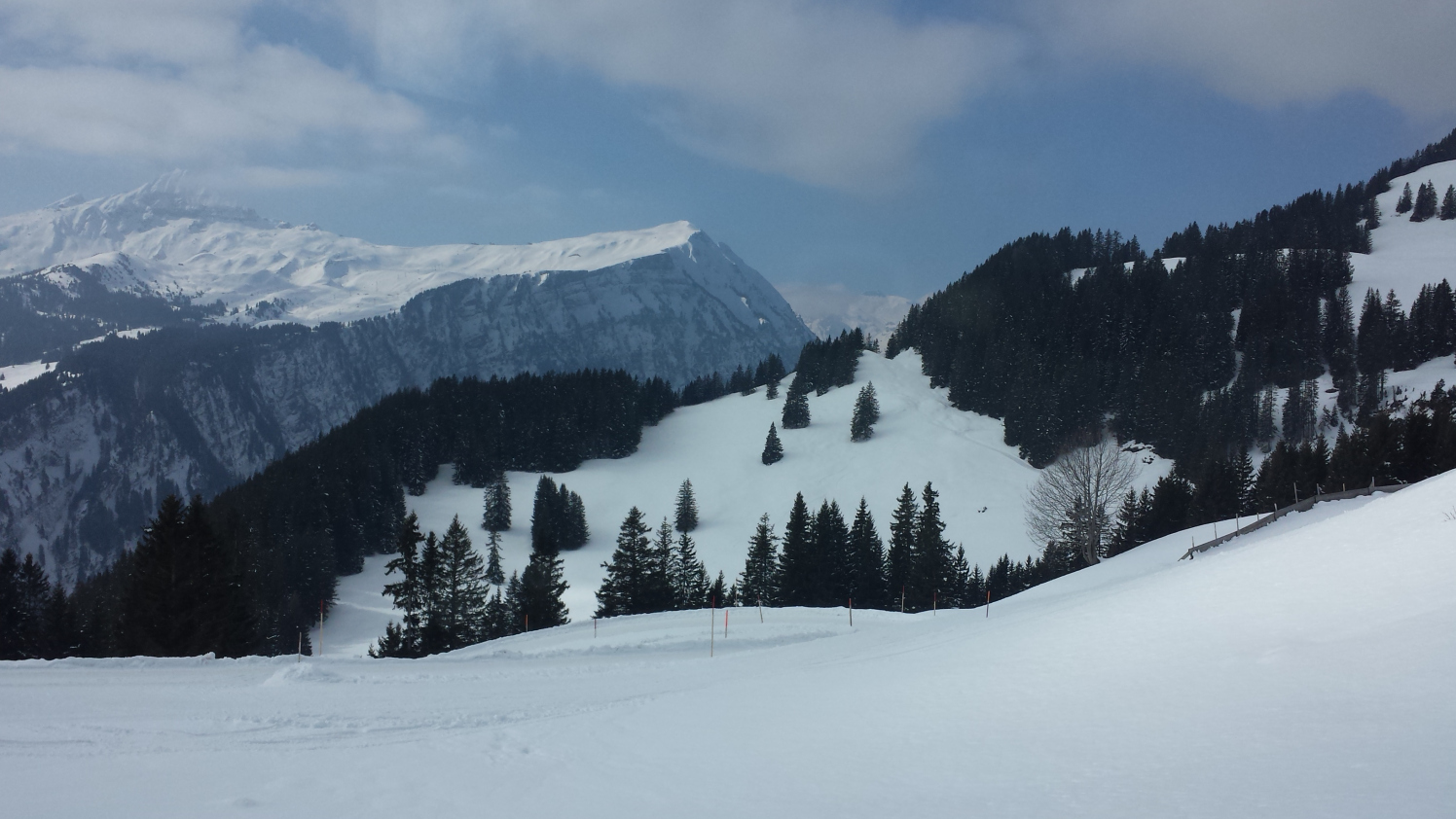 Swiss Alps view from the hike.

We all got tired quickly and had to take lots of breaks. During one of our breaks, we made a big circle with our sleds and were sharing snacks, cake (it was someone’s birthday) and sips of wine. As we sat there and enjoyed the views, we noticed four black creatures hiking down the side of a particularly steep cliff. We watched in awe as they slid down the powder and leapt off rocks, running off through the snow. Our best guess was that they were ibex, like on the coat of arms of the Jungfrau region:

The higher up the path we got, the cloudier it became. With all of the glare from the snow, it quickly became impossible to see anything. At this point a couple of us decided to turn back and start sledding down (partially because it was scary, and partially because we knew we’d get hot chocolate at the bottom), but some of our friends wanted to keep going to see the top. 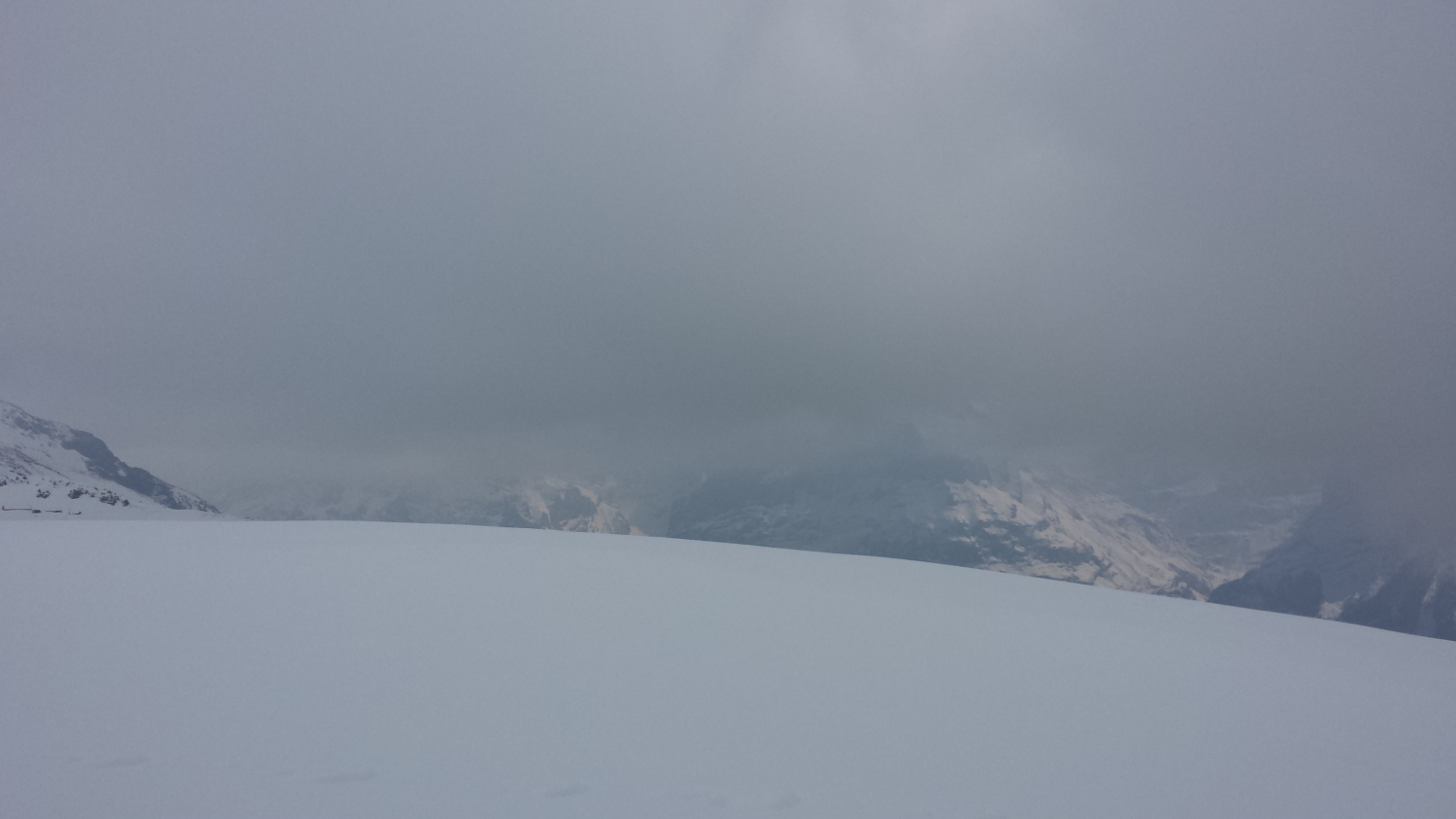 The sledding part was wild. I sat on my rickety wooden sled and started to quickly pick up speed only to crash into a snowbank that the fog had made invisible. My first thought was that the Swiss are crazy. Who thought of this activity? I knew they liked extreme sports, but this was insane! I remembered all the little kids I saw speeding down the mountain, and was in awe of them. Most of my journey downhill was made with me dragging my feet so I wouldn’t shoot off the edge of a cliff at those sharp turns. My friend from Taiwan, who had never seen so much snow before, was screaming the whole way down and could be seen soaring into snowbanks more than anyone else. I eventually figured out how to turn and control the speed of the sled just by leaning and sticking out one foot at a time, but at that point it was all already over. I guess I’ll have to make another trip!! 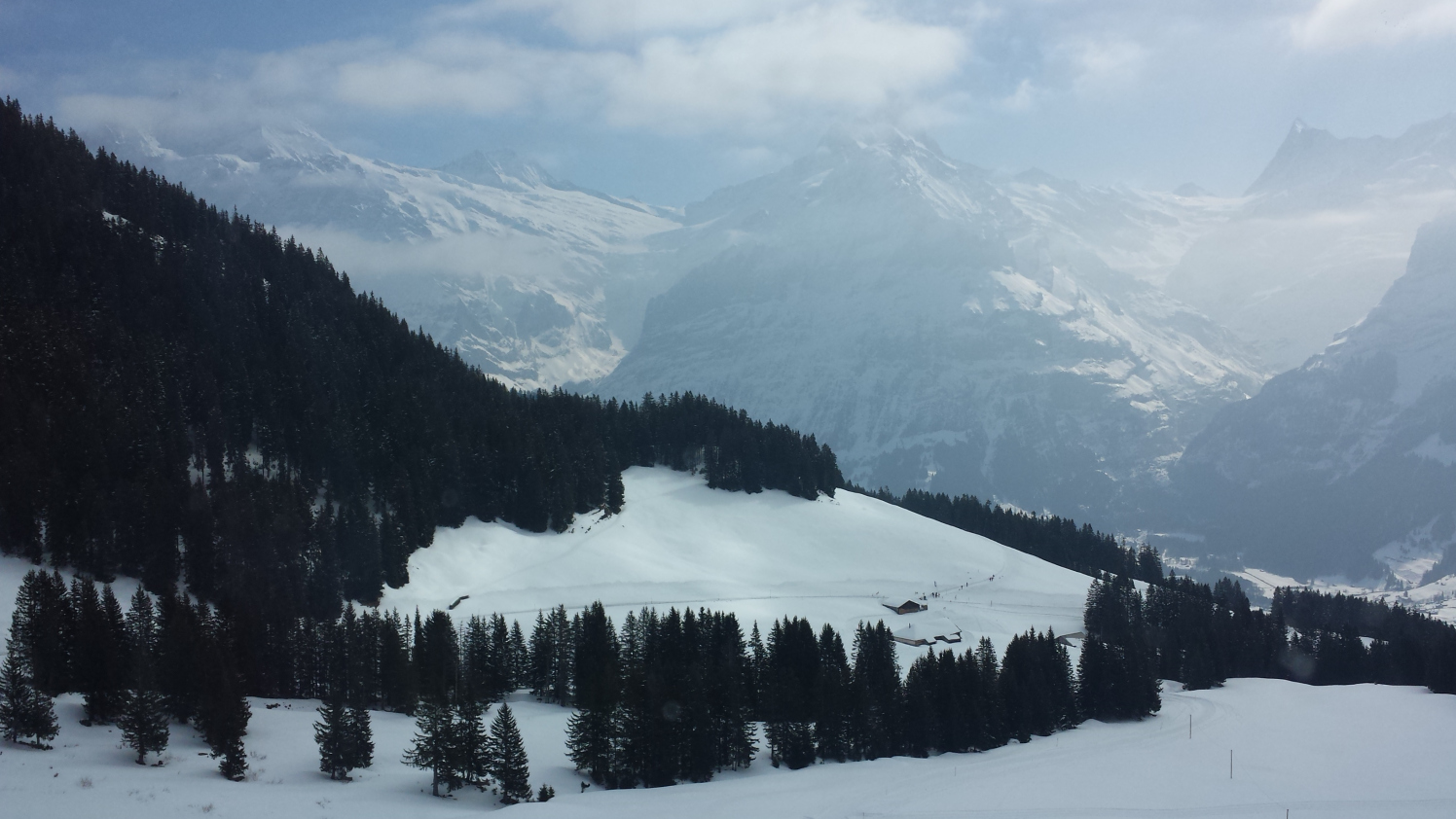 Blog The Best and Worst Adjustments to Studying Abroad ISEP student Jessica J., part of ISEP Voices Spring 2016, learns about the cultural differences between the United States and Spain.