As a foreign student, adapting to a new culture can seem like a daunting task, especially when this adapting takes place in the huge and crazy country that is the United States. But don’t worry, I’ve got you covered. As a Dutch student currently living and studying in New Orleans, I made a list of the top ten cultural in’s and out’s that will help you prepare for the uniqueness that is student life in the U.S. 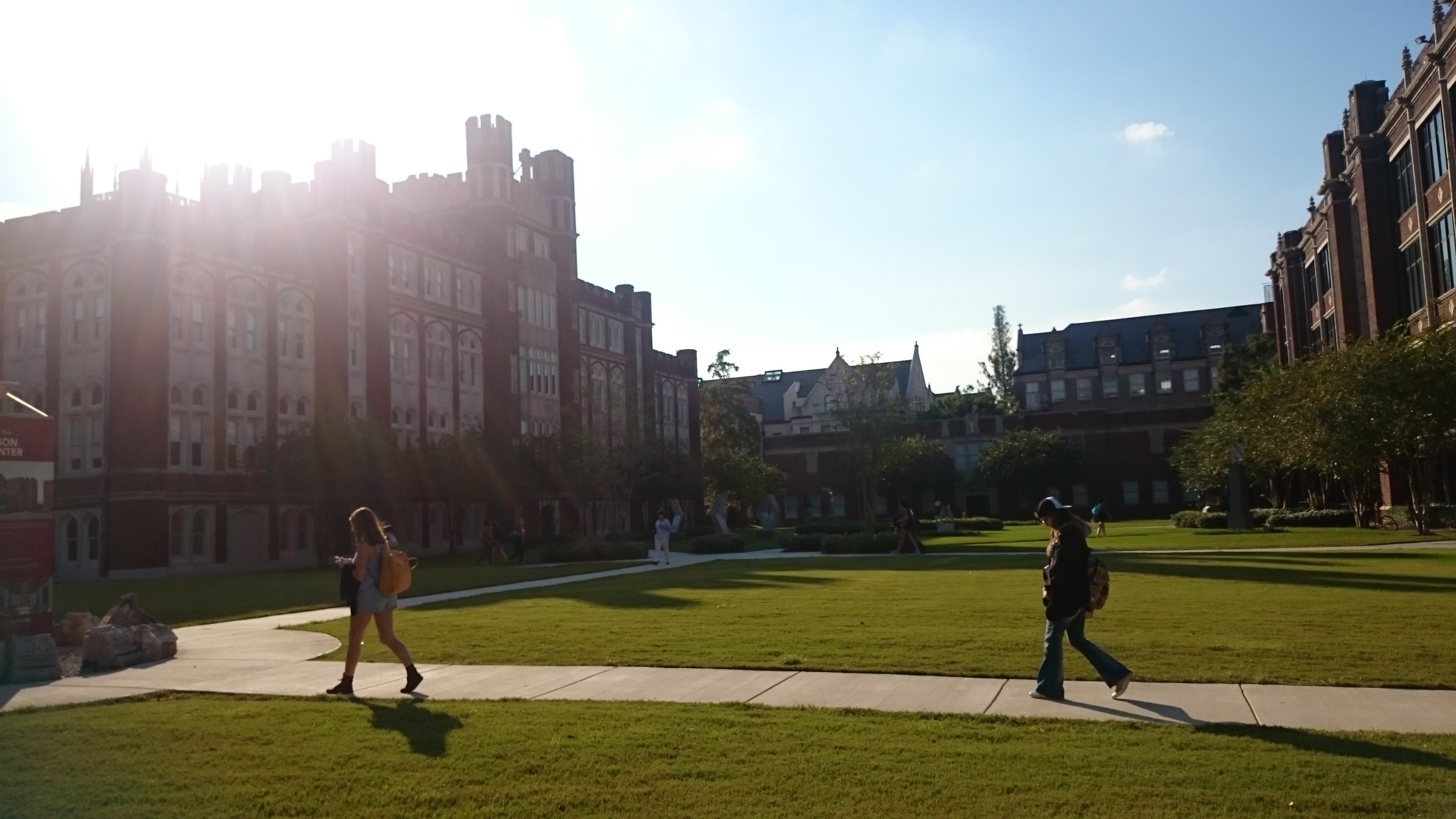 This is the one question you will hear most and is also most likely to confuse and baffle non-Americans. When answering, smile, nod, say fine and repeat the question. Do not – I repeat do not – actually tell them how you are feeling. Americans are the only people polite enough to ask you how you are doing, but rude enough not to really want to know. ‘How are you’ is a greeting more than it is a question. I know it’s weird. Just go with it.

Sure, you can pretend that it is your lovely appearance and sparkling personality that inspired that guy to hold the door open for you - even though you were still about five yards away from the door. The fact is, excessively holding doors open for people is just very American. I’ve sadly had more doors opened for me in these last five weeks than in the rest of my life combined. All I can say is, Dutch people: step up your game, and international students: try to adopt this 'I hold doors open for everyone in a remotely close proximity to me thing. Not holding doors open for other people – even if you’re a girl – can be considered extremely rude. 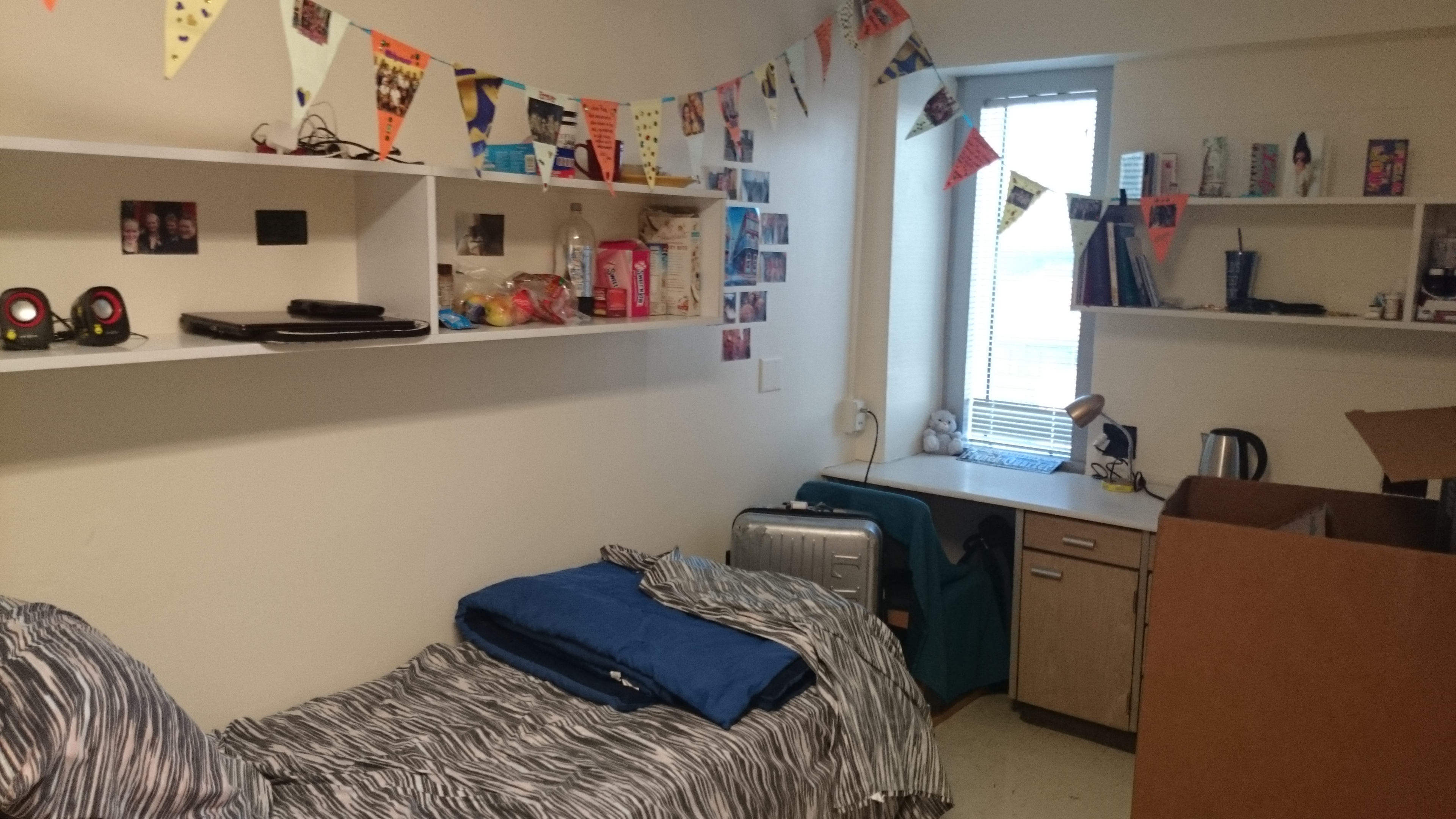 Do not expect your dorm to be a palace just because you’re paying an insane amount of money for it (and by that I mean I’ll probably be eating pre-cooked noodles for the rest of my life). Cracked walls, moldy showers and overly loud neighbors are all common occurrences in the dorm life. Check your bed and surrounding wooden furniture for bedbugs upon arrival, you’ll thank me later. I had bedbugs in my dorm room and it was an absolute nightmare. Please spare yourself this experience.

Check out my personal blog for full nightmare bedbug story and more.

Elevators in the United States work like any other elevator you know. Do be prepared to talk with strangers in the elevator - a lot. Someone will talk to you at all times of the day and night. Americans, in general, are probably more excited and talkative than you are used to back home. They might ask you how you are doing, or ask the collective elevator opinion on something. The trick is to smile and talk back with some enthusiasm. No one will notice you’re not actually American.

Wherever you’re from, know that the United States is unrivaled in its uniqueness and weirdness. As a foreigner, you might not understand about 50 percent of the people you meet here. I’ve had some crazy experiences with people here — read more on my personal blog. In general, just keep your eyes open, use your common sense and try not to pick fights. 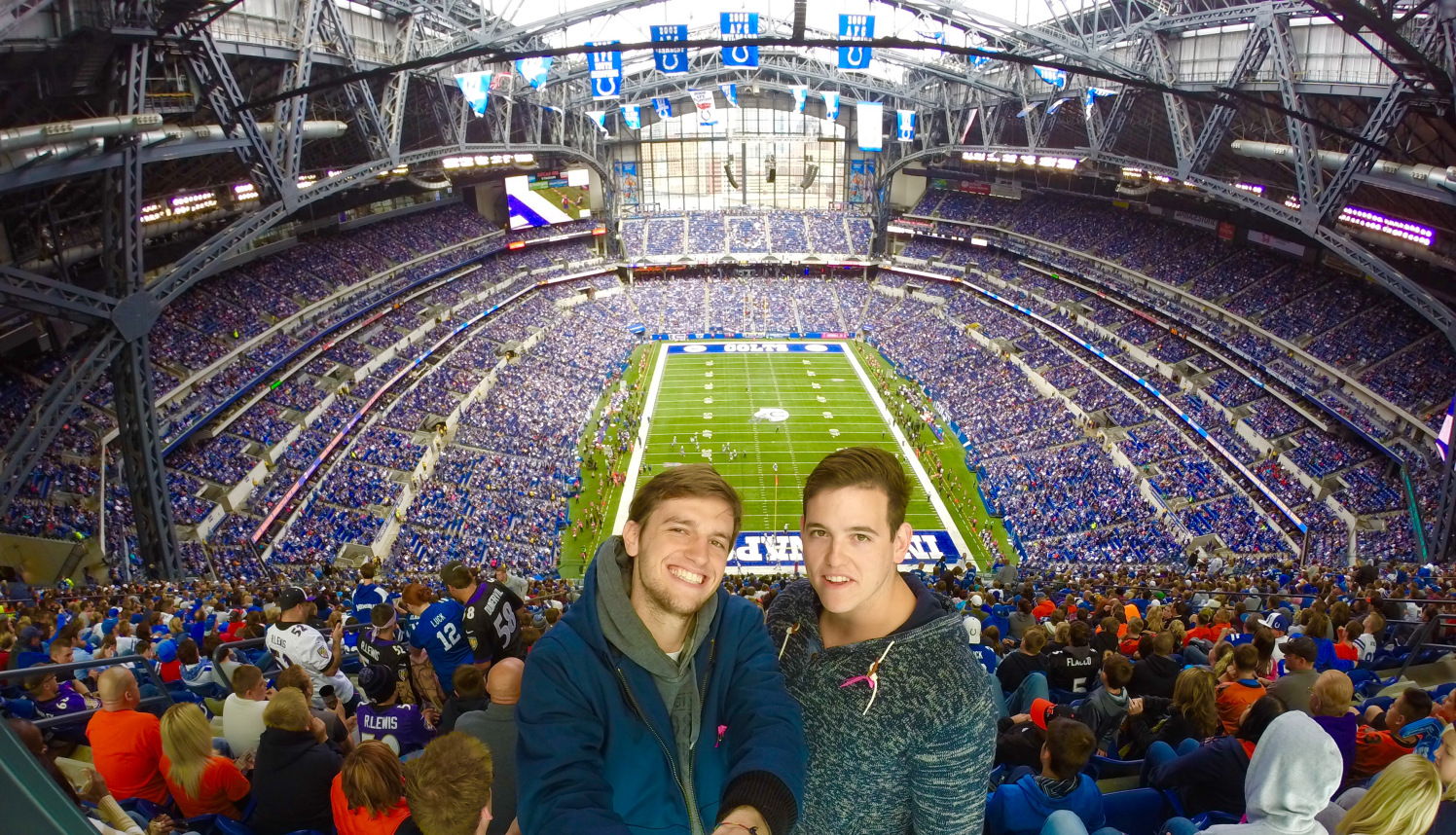 “Me and my great Australian friend watching our first American football game, supporting the Indianapolis Colts. Football is such a great passion in the USA, and we felt like real Americans that day at such a big sporting event. Amazing how important sports are in this country, and love how they train really hard and give importance to that business.” – Victor Tonucci

If there’s one thing that Americans Love with a capital L, it is sports. You’ll be amazed at the pure excitement people have while watching football, basketball and baseball games. Be prepared to sit through long games of every sport, and have no clue what’s going on. Football games can feel like they take longer than every episode of Friends, Breaking Bad and Game of Thrones combined. Don’t worry though, because there will be food to entertain your taste buds at American events. Think hot dogs, popcorn, nachos and other lovely and incredibly-bad-for-you-but-tasty-food that you know from the movies. The key is to know which team you are supporting. As a Yankees fan you cannot accidentally cheer for the Red Sox and vice versa. As long as you are able to watch and cheer at the right times you’ll be golden. Games are more fun if you actually know the rules though, so don’t be afraid to ask another supporter what’s going on. If there’s one thing Americans love more than watching sports, it is talking about sports.

Love it or hate it, be prepared to hear and use the word 'like’ a lot. I mean, like, 15, like, times in like, every, like sentence. Like is a word especially popular among college students, and just patiently learn to not get frustrated when people use it 2,000 times in one sentence. I used to keep score of how many times a person used the word like in one class. It will drive you nuts. Just accept the word and don’t be afraid to use it, like, a lot.

America is known as the country of plenty, and they do have plenty of food. Huge portions, free drink refills and a strange fascination of putting 20 pounds of ice in your soft drink are all part of the culture here. Dinner etiquette is a little different though, so don’t forget to pay a 15 to 20 percent tip at restaurants (otherwise you’re sending your waiter home with nothing). Whatever you do, do not pay your tip with leftover coins, as this is perceived as incredibly rude. It is okay to make mistakes though. I once took the wrong order at Starbucks (I’m still very sorry Robert). In extremely dire situations you can always play the international student card. Put on a strong native accent and excuse yourself in English. You’re obviously not from here and don’t understand anything in this strange but wonderful country — it works every time.

After eating all those huge portions of fatty foods, it is time to do some exercise. Whether you like dance classes, team sports or just want to hit the gym, there is usually something here for everyone, and the facilities are pretty top notch. I still expect Zac Efron to magically appear and burst out in song on Loyola’s perfectly shiny and High School Musical-movie-like basketball court. Just remember, sweat is weakness leaving the body and pain is gain and all that stuff. When lacking motivation, look up personal trainer Joey from MTV’s I Used to Be Fat on YouTube and I guarantee instant motivation. From personal experience I do know it’s hard to keep up exercise, especially during busy periods at school. Unless you are one of those incredibly lucky people with a super fast metabolism, you are going to gain weight here. The freshman 15 is real, and so is the struggle.

Roommates can be both amazing and difficult to live with. I can really only say one very cliché thing – communication is key. I’ve had multiple roommates in a short while, not because I’m a pain to live with but because of the bedbug problem, thank you very much. Talking to one another is by far the most important thing. There’s no need to write a book on what you and your roommate can and cannot do, but do establish some rules as you go along. Can he or she borrow your things? Is it okay to bring friends over at a particular time? What time do you want the lights out? Things like this can make a huge difference and it’s better to speak up when something annoys you than to keep a grudge as you’ll be living with each other for quite a while.

I hope these tips help you. Be sure to check out my personal blog for more stories.

Blog 10 Things to Expect When Studying Abroad in Indonesia Being a long-time travel blog enthusiast, I researched all that I could before departing for this incredible city, but there is nothing quite like experiencing something firsthand. Here are the top ten things you will experience while studying abroad in Jakarta.