Delaney is an ISEP Voices blogger. She is a journalism and media studies major from San Diego State University, and is currently studying abroad at University of Ulster in the United Kingdom. 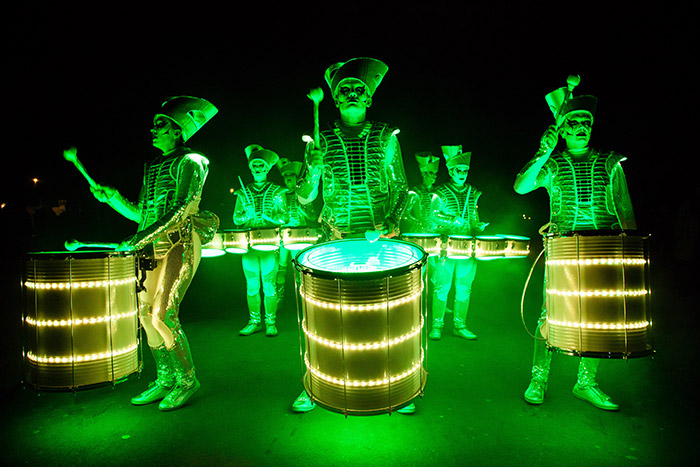 In our household, we’ve been getting ready in the mood with a few decorations here and there, especially with our skeleton, Papyrus. For the rest of Northern Ireland, however, one town is considered the hub of all things Halloween.

Found along the banks of the River Foyle, Derry is a sixth century city that has retained its history while adhering to the newness of the modern world. It is a popular tourist destination for Halloween, drawing people from across the globe to partake in its spooky festivities. In fact, it has been named the best Halloween destination on earth, even triumphing over locations such as Transylvania and Sleepy Hollow. But what exactly makes it the best?

Just in time for the spirit of the season (pun intended), here are a few reasons why Derry stands out above the rest.

Derry is proverbially stuck in time, with its walls and buildings dating back centuries. With gothic churches and towers rising above the nooks and crannies of the city, the setting is quite perfect a Halloween night. 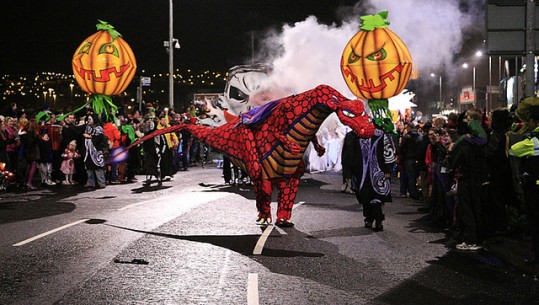 The merriments don’t just happen on Halloween, but instead take part throughout the weekend. The fun begins on October 28 and lasts through October 31, and Derry has plenty of accommodation options for people from all around to stay and enjoy.

Derry puts its walls to good use in the days leading up to Halloween. Starting at 6 p.m., the walls of the city come to life with projections, music and performers. It’s sure to entrance and get you in the mood for the holiday to come.

Derry invites families to not just turn out for the event, but to become one with it. There are plenty of opportunities for folks of all shapes and sizes to participate in; whether that be silly stories with witches for the little ones, or DJ-led dance parties for the young adults. 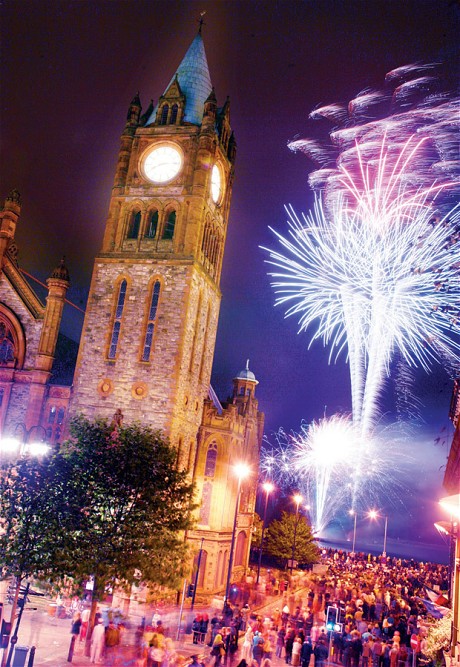 5. The biggest Halloween parade in Europe

This parade, complete with a finale of fireworks, is a must-have for Halloween enthusiasts. It is a combination of a parade and a costume party, where participants can show off their spooky costumes along with performers of the parade. It has been known to break records.

So, whether you’re all about the spooks or are just looking for some great entertainment and fun, Derry needs to be on your list of places to visit.

Blog Culture Shock Featuring Art, Wine and Aix-En-Provence I sometimes find myself at large gatherings of sophisticated people. Most of my experience has been with older crowds of distinguished professionals, but this high heeled, button downed, long dressed, hair did event was quite different.

Delaney is an ISEP Voices blogger. She is a journalism and media studies major from San Diego State University, and is currently studying abroad at University of Ulster in the United Kingdom.