Language learning is something that we’re passionate about at ISEP. It builds your communication skills, increases your intercultural competence, and works your noggin’ in ways that little else can. That’s why many ISEP study abroad programs focus on immersing students in a host culture to maximize language learning. That being said — picking up a new language is not always easy. We asked some of our super-awesome staff members about their challenges learning a foreign language while abroad, and here’s what they had to say!

The most difficult part of learning Arabic, and other languages for sure, is the difference between dialects. I had studied Modern Standard Arabic (MSA) at my home university, which is about as useful as learning Latin. Each region, and sometimes each country within a region, has its own dialect. In Egypt I got a pretty good grasp on the Egyptian dialect and my MSA went out the window. After a semester in Egypt, I went to Morocco, where my Egyptian Arabic was useless. I might as well have been speaking Greek! I also had a tough time with words that sound alike. My most embarrassing language learning memory is from a grocery store in Cairo. I was trying to ask for change (“fakka“) but mistakenly asked for chicken (“firack“). The cashier looked at me like I was crazy, but I was determined to get my change so I just kept repeating it over and over, “Firack! Firack!” (“Chicken! Chicken!”). She must have known what I was asking for but decided to get a good laugh out of it before giving in. I was so embarrassed then, but now I love to think about how silly I must have sounded. 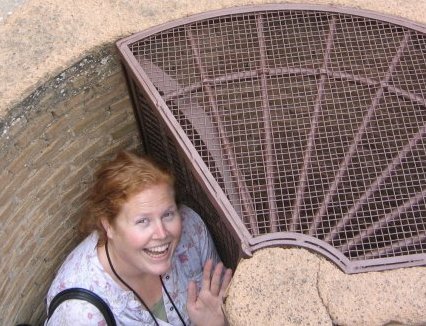 Checking out a dungeon in the Alhambra in Granada, Spain. Don´t worry, they let me out!

Learned Spanish while studying abroad in Uruguay (with ISEP!) and interning in Spain

Growing up in Southern California, I heard Spanish my entire life. I went to a bilingual pre-school and learned a lot of words in Spanish before I learned them in English. Due to the proximity to the border, most of my Spanish teachers were of Mexican descent. The vocabulary in Uruguay couldn’t haven’t been more different than what I had learned. Instead of being asked como estas (how are you?) Uruguayans ask como andas?, which literally translates to “how do you walk.” My first instinct was to answer, “With both feet, just like you.”

Learning Chinese was frustrating at the onset because it wasn’t in a formal setting—I hired a tutor while I was teaching in China. It was the exact opposite of intensive language study and consequentially yielded minimal results. I remember thinking, “One sixth of the planet can speak this fluently, there are babies who get this better than I do, why is this so impossibly difficult!?” Maybe it’s because my friends and I used to goof off during our tutoring sessions. I remember the look of shock and embarrassment on my tutor’s face when I looked up the word “ass” in the dictionary and tried pronouncing it. (Editor’s note — not recommended!)

The hardest part of learning a language for me was the actual speaking. We spent so much time in class learning the grammar and writing. A sentence would sound great in my head and then when I tried to say it, it would come out all wrong. It was hard to let the words flow especially knowing I would make mistakes and potentially sound unintelligent. When I studied abroad, I did an internship at a non-profit organization. It was Christmas time so we were putting together a Christmas market for underprivileged families. My job was to cold call companies in Paris to get toy donations. That was my task on the first day! Cold calling is hard enough but in another language! Sheesh! When I would get people on the phone they were so confused as to who I was and why I sounded like I did. I would make a call, cry in the bathroom, and then continue. I laugh about it now, but I felt so embarrassed at the time. It was a great learning experience for me and a great lesson of perseverance. 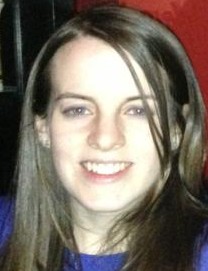 Understanding the Andalusian accent was a little tricky at first. My roommates and I were confused when our host mom told us, “Soy bella!” (I am pretty). We later figured out that she was being nice and complimenting us by saying “Sois bellas!” or “You are all pretty!” and she was just dropping the “s” at the of each syllable as most Southern Spaniards do. After acclimating to this new accent, understanding the Spanish in Madrid was a cinch.

Stay tuned for more language learning stories from ISEP staffers. Do you have any stories about your time learning a language during study abroad? What was most challenging? Tell us and you could be featured on the ISEP blog! And don’t forget to brush up on your own language skills by checking out the multitude of programs available on our website.

Blog ISEP Student Stories: Patrick's Entrepreneurial Study Abroad Lesson Here at ISEP, we always make kind of a big deal about how study abroad is, like, totally amazing and helps you learn tons of valuable life skills such as independence, adaptability, proactiveness, confidence, and many, many others