Ryan is an ISEP Voices blogger. He is a drama major from University of Essex, and is currently studying abroad at Kansai Gaidai University in Japan.

I’m in a place far, far away from anything I know or am familiar with. No red double-decker buses, no cottage pie, no large Norfolk skies, no PG Tips and no familiar faces. A slight murmur of English whistles past my ear in the street and, for a slight second, I forget where I am and think I’m at home. When I turn to where the pleasant snap of a favorite track of mine was, I see two young individuals hand in hand with a large “図書館” (Toshokan: Library) sign by them. “Oh yeah, I’m still in Japan,” I said to myself as I turn around and continue walking towards my second day at Kansai Gaidai University, a relatively average sized university outside Hirakata City near Kyoto. The university has a modest international student base of around 400 students, mostly American. There are only twelve Brits here, including me.

I mumble towards the floor, “It’s going to be a long year. The homesickness has definitely set in.”

That was almost three months ago. It’s December now and final exams are soon approaching, and here are three stories about my experiences in Japan, and I hope you enjoy them. 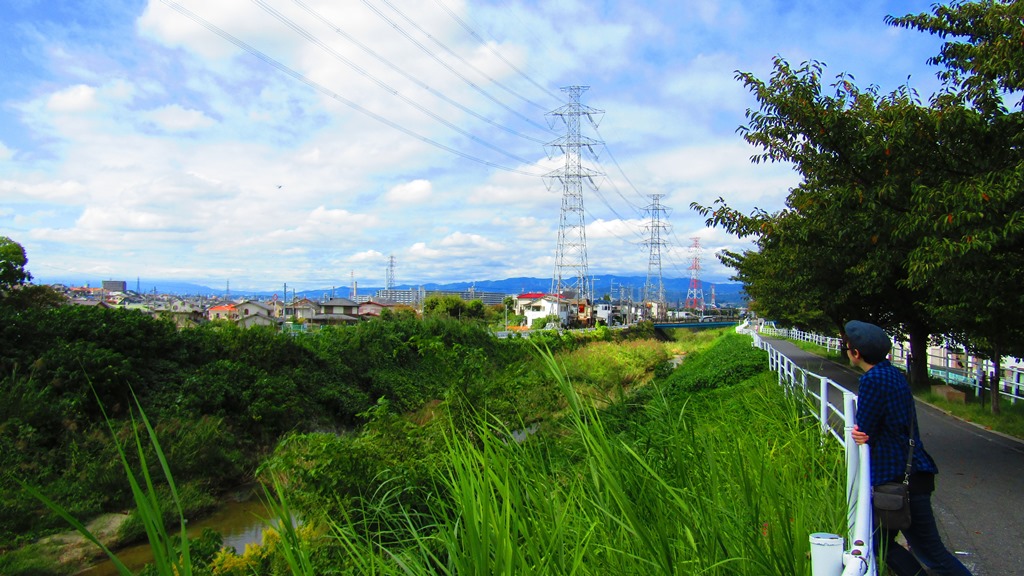 1. The landscape and the weather

Mountains and coastline greet me as I peer out of the small, round 747 window. “Japan sure does look thin from up here,” I said to myself before pulling down the blind, turning in my seat to stare at the small TV screen in front of me, waiting for the plane to land. I twiddle my thumbs for a second. 16 hours of traveling is over and done with – yes, it was long, but it was over. We landed and nerves folded like origami into butterflies in my stomach. I grabbed my hand luggage and made my way out towards Kansai International Airport. The butterflies fluttered quite hard at this point, the excitement was starting to set in. We get off the plane, and it was hot – really hot. So hot that I, as an Englishman, was not made to cope with hot.

I am not exaggerating. The humidity and heat was ridiculous! I left Heathrow airport in London having warmed myself up with a cup of tea and biscuit, wrapped in a scarf, long wool coat and hat. I was not expecting 30 degree heat with humidity so thick you would’ve thought that you just walked into a country sized sauna!

I promptly removed my hat, scarf, coat, jumper, unbuttoned the top two buttons of my shirt and continued forward into the airport.

When I finally arrived at my dormitory, International Seminar House Four, I dropped my stuff off in my room, whacked on the air-con to an optimal English 16 degrees Celsius and passed out on my freshly made futon. After a couple of hours passed, I woke up and I went off to explore the area a little. I knew Japan was mountainous but I hadn’t actually been anywhere with mountains. I’m from Norfolk, England and the closest thing to a mountain in that county is a hay bale. I was caught off guard, and being surrounded by a horizon of mountains really left me awestruck. 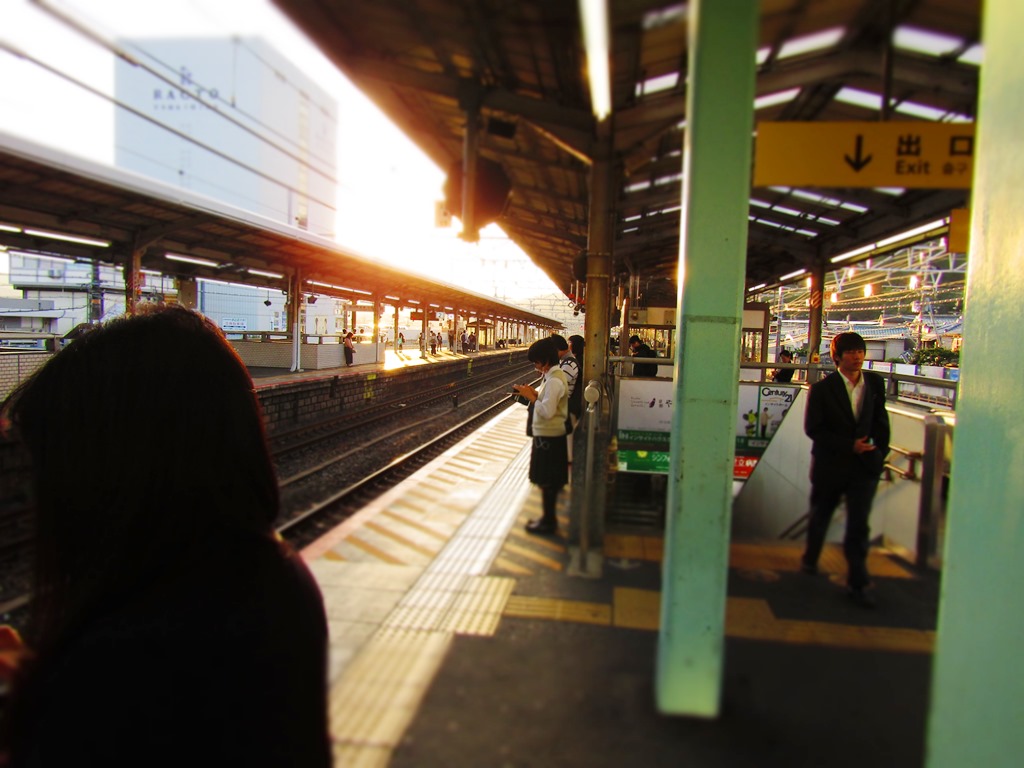 2. The cities and the people

Around a month had passed since I landed in Japan. I had met a decent amount of people, made a solid friendship group and the majority of the homesickness had subsided at this point. The culture was becoming a little easier to understand and I was trying my hardest to adapt to it. For the most part, things were going pretty okay.

That was until I and my friends took the long weekend off to travel to Hikone in Shiga Prefecture, around two hours travel from Hirakata City on the train. We met in Hirakata City Station, bags packed, faces tired, hotels booked. We were traveling Thursday evening and spending Friday and Saturday in Hikone; Sunday we were traveling back. Things seemed to be in order, plans had been made and when we all got together we made our way to the train. Japanese trains are usually packed – it’s ridiculous, like sardines. Not even twenty minutes go by into the journey when one of friends, who suffers from chronic motion sickness, had to get off the train due to said motion sickness. None of us particularly wanted to play chicken with Chunder so I volunteered to stay behind with her so she wouldn’t be alone traveling. I left my bags with the others as they were getting to the hotel first. We got on the next train and headed towards Kyoto station a little while behind the others. The train was less packed than the previous train and we got seats, which helped the sick one out a lot.

We arrived in Kyoto and briefly navigated the station and found the platform. Being a sucker for sunsets, I caught a fleeting snapshot of Japanese students and business workers standing in the Autumn sunset glow, waiting for the train they probably get everyday. A strong feeling of sonder came over me. My friend turned to me after I took the picture telling me that our companions had gotten on the wrong train and would be late getting to the hotel. We laughed and told them that they were ‘scrubs’ for getting lost. O, how we ate our rash and scornful words.

We got on a train. This train was on the right line and we were feeling pretty smug at this point, finding it funny how the two far behind the main group would arrive at the hotel first. While we were on the train, we passed by Lake Biwa, the large lake Hikone is very close to, getting very excited for the weekend ahead of us. We sat by a pleasant elderly Japanese woman who spoke to us in very simple Japanese and made the journey that much more enjoyable. I took a few more snaps of the sunset, and eventually the kind elderly woman got off at her stop. About an hour had passed when we hear an unfamiliar train station name on the announcement. My friend and I looked at each other and we went to investigate the line.

We had got on the wrong train. The same train our friends had taken – the train that went around the other side of the lake. We spent an hour going around the wrong side of the lake. Thinking that we would have to sit on this train to the end of the line and do a full loop round Lake Biwa, by some miracle of God, the train starts moving back towards Kyoto half way through the line. We rejoiced, but alas, it was a bittersweet moment. We were spammed by messages from the others after we told them what happened; “Scrub? Takes one to know one.”

Three hours past the intended arrival time, we finally got to the hotel in Hikone. It was an arduous journey, but to be honest, I am glad I experienced it. I had met some fascinating people, seen the lives of hundreds speed past me, lives that I’d never enter nor know about, but they were there. While I was in Hikone, I met an old man who owned a textile shop. I bought a Samue off him and we left thanking him. At a temple near by, we heard a voice call out to us, and we were met with the man from the textile shop holding a tray of freshly made Japanese green tea, a cup for each of us. It was a random act of kindness that I was so happy to have experienced. 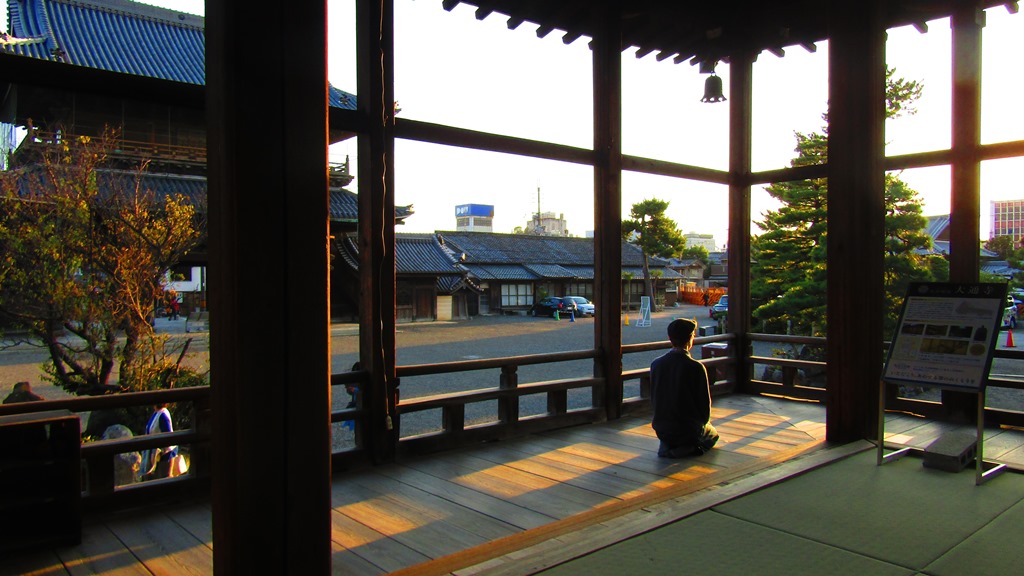 I found that at the very cliche Buddhist temple in Hikone. I know there are some students out there climbing to see Machu Picchu or admiring the Taj Mahal, living the life to the fullest, and I know I haven’t conquered Mt. Fuji, or been to see Tokyo or dressed in a male kimono or jinbei. I know I haven’t done anything spectacular or amazing. But I’ve met real people and I’ve seen some amazing landscapes. I’ve always wanted to be able to paint what I see, but unfortunately I’m just not geared artistically that way. I’ve attempted to write plays as my means to express and showcase my experiences, philosophies and thoughts. I wanted to do funny video blogs for my ISEP blogs, but I never did. I would have never dreamed of learning how to play the Koto or Sanshin until coming here, but I am.

And as I sat there, eyes shut, just thinking about where I was and what I was doing, I had no idea my friend would take a photo of me. I didn’t even imagine that I would have that moment I was in captured in a photo, and to be honest, its my favorite photo of me.

You may be wondering what point I’m trying to make is, and I’m not sure I know what it is. But here’s what I took away:

Blog What I've Learned From My Study Abroad Experience It's funny when you move abroad and at first everything seems new, weird and exciting. It takes a few months for the shock to settle down, until you start become familiar with everything and how everything works.

Ryan is an ISEP Voices blogger. He is a drama major from University of Essex, and is currently studying abroad at Kansai Gaidai University in Japan.