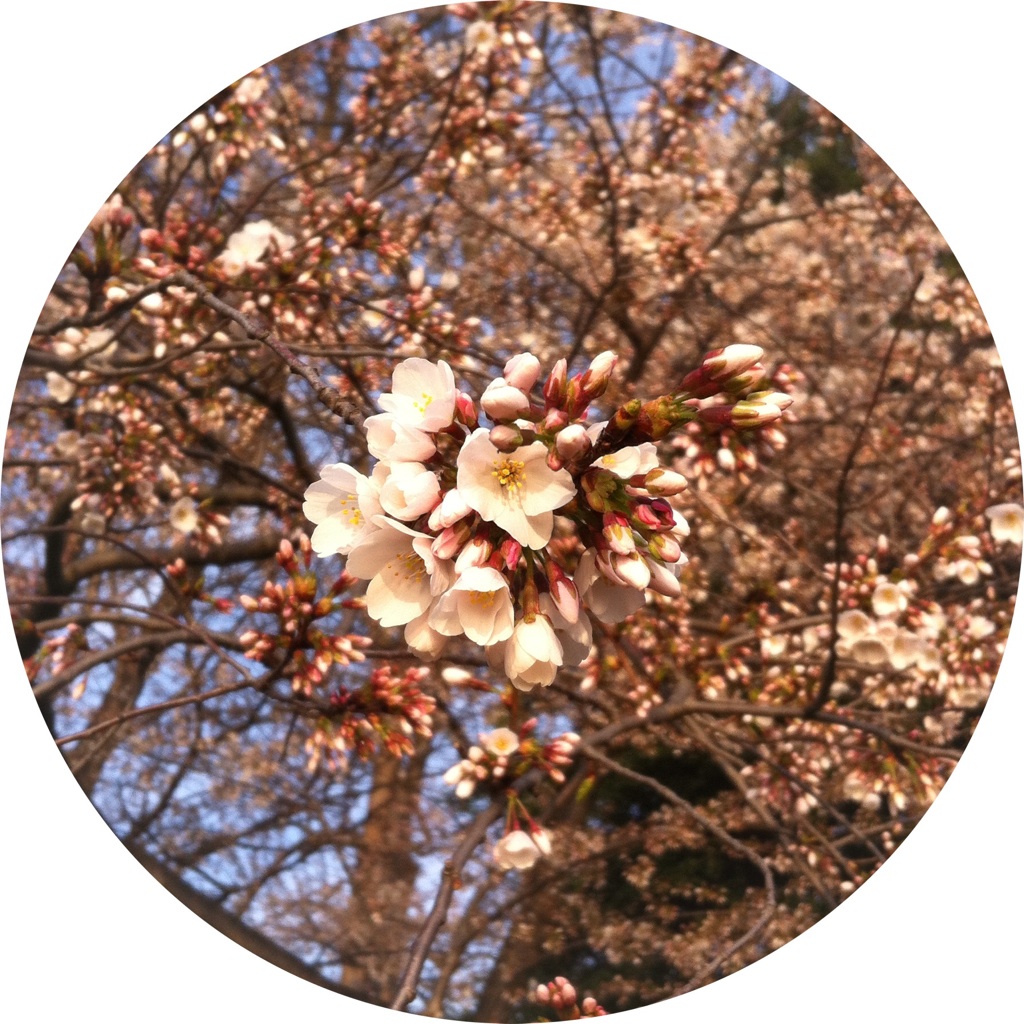 Spring is finally here in DC, and the ISEP Central office is reveling in our proximity to DC’s cherry blossoms. How could we not? There’s nothing quite like pink, floofy blooms delicately framing the Washington Monument to put a spring in your step. They’re just that beautiful. Seriously.

The DC cherry blossoms were a present from Japan in 1912. This historic gift, which consisted of more than 3000 trees, was a symbol of the friendship between Japan and the United States. Today, it’s an opportunity for the ongoing exchange of cultural traditions and perspectives between the two countries. Since both the United States and Japan celebrate the arrival of the cherry blossoms, we asked ourselves: how do the two nations enjoy these springtime blooms? We picked the brain of our Communications and Marketing Coordinator, Zoé, who grew up in Washington DC and spent a year in Japan, for insights on how the two cultures spend time appreciating the cherry trees and their flowers: 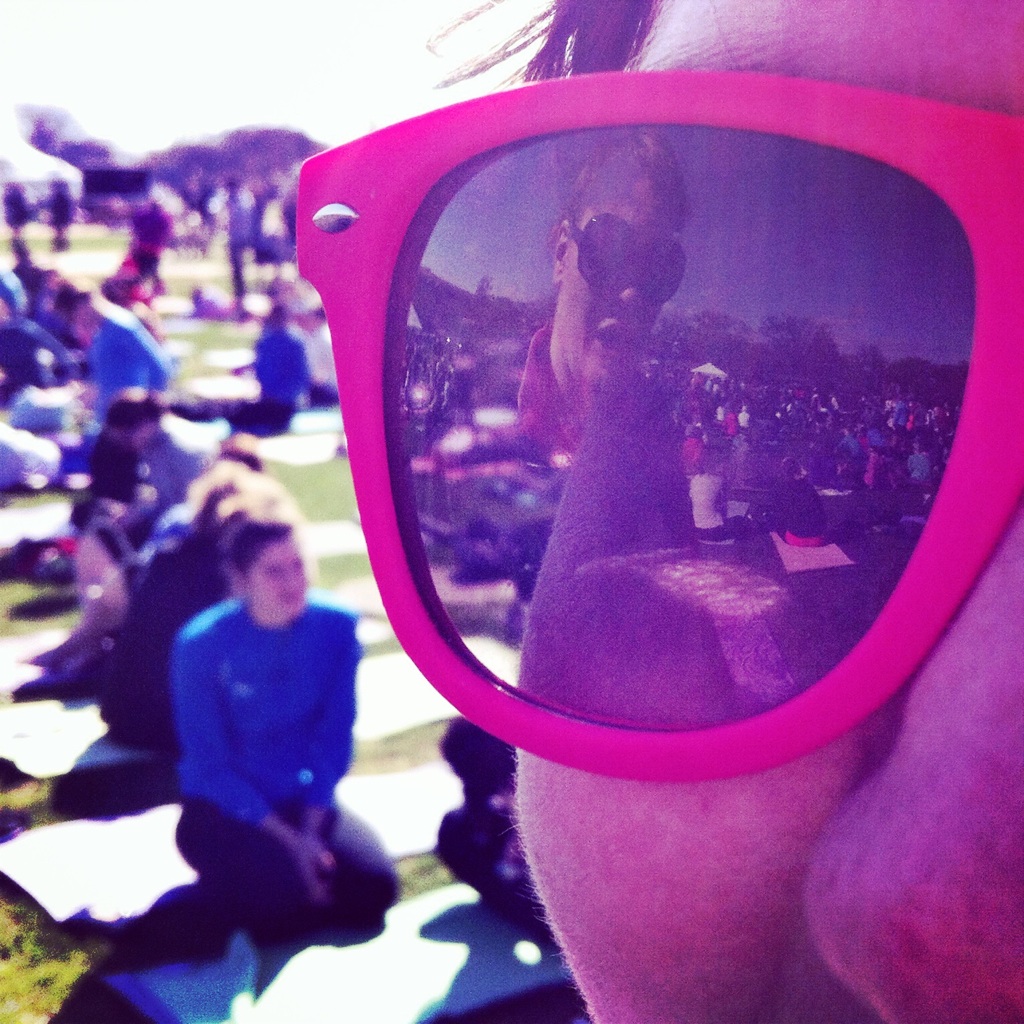 “Growing up in DC, the National Cherry Blossom Festival was always a big deal. In addition to going down to the Tidal Basin during the peak weekend to admire the trees in bloom (and take photos along with a million other tourists), we’d also take advantage of the kite festival and other traditional Japanese performances (like the taiko drums!) that are scheduled throughout the festival, which spans a few weeks. This year I participated in the free yoga class that took place at the foot of the Washington Monument and was planned as part of the festival. It was a great way to enjoy nature and DC with the broader community!

In Japan, I’m not sure if there is a national festival for cherry blossoms — or sakura, as they are called over there — but the town I lived in had its own sakura matsuri (cherry blossom festival). There was a parade, as well as tons of street vendors with my favorite kinds of festival foods (yaki soba!!). The festival wrapped up with a beautiful fireworks show over the town lake, which was lined with cherry blossoms in full bloom. 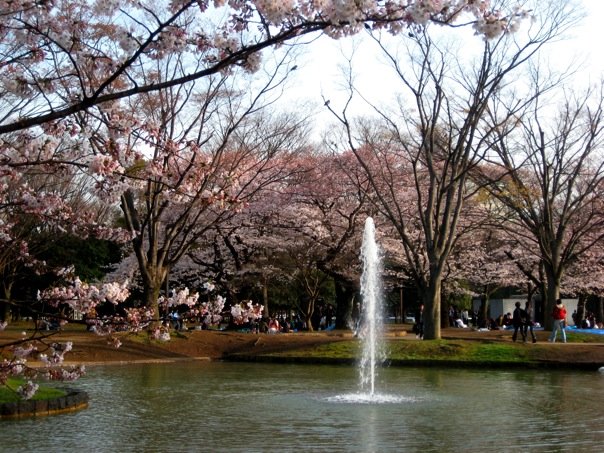 Hanami in Yoyogi Park, Tokyo (check out the people on tarps in the background)

What I noticed most of all was how differently people enjoy the blossoms in each country. In the United States, people kind of stand under the trees, walk around, and take lots of pictures. In Japan, there is the tradition of hanami (flower viewing), where people lay big tarps out in the parks under the trees, and friends get together to eat and drink under the flowers. So many people come to the local parks that it looks like one huge picnic! It’s much more relaxed than the crowds around DC’s Tidal Basin.”

ISEP’s Regional Director for the Asia Pacific, Derek B, also has a cherry blossom story to share: “I grew up in the DC suburbs and when I was young my grandfather would come to visit every spring when the cherry blossoms bloomed. We’d get up early in the morning on the weekend and have breakfast on the steps of the Jefferson Memorial. One year we noticed a caravan of limos pull up and a massive entourage make their way around the Tidal Basin. It turned out to be George and Barbara Bush out for a stroll to enjoy the cherry blossoms. Because we were kids at the time, we got to go up and shake their hands and talk to them.”

Want to experience the sakura in Japan for yourself? ISEP has eight member universities in Japan, three of which are located in Tokyo. There you can immerse yourself in the Japanese language, study the local culture (as well as your field of study), all while basking in the floral glory of cherry blossoms (…as long as you are there in late March – early April). You can’t lose! What are you waiting for?