Looking Up On My Excursion To Lapland

They say that when you’re walking through life, you should remember to look up every once in a while. They also say that when you’re climbing, you shouldn’t look down. To accommodate a little bit of both, I chose to keep my head low but my eyes on the prize: the top. Now, I never really knew exactly where ‘the top’ was, and I found it admittedly difficult to set my eyes on a proverbial prize. That is, until I traveled about thirteen hours north of Turku to Levi, Finland. 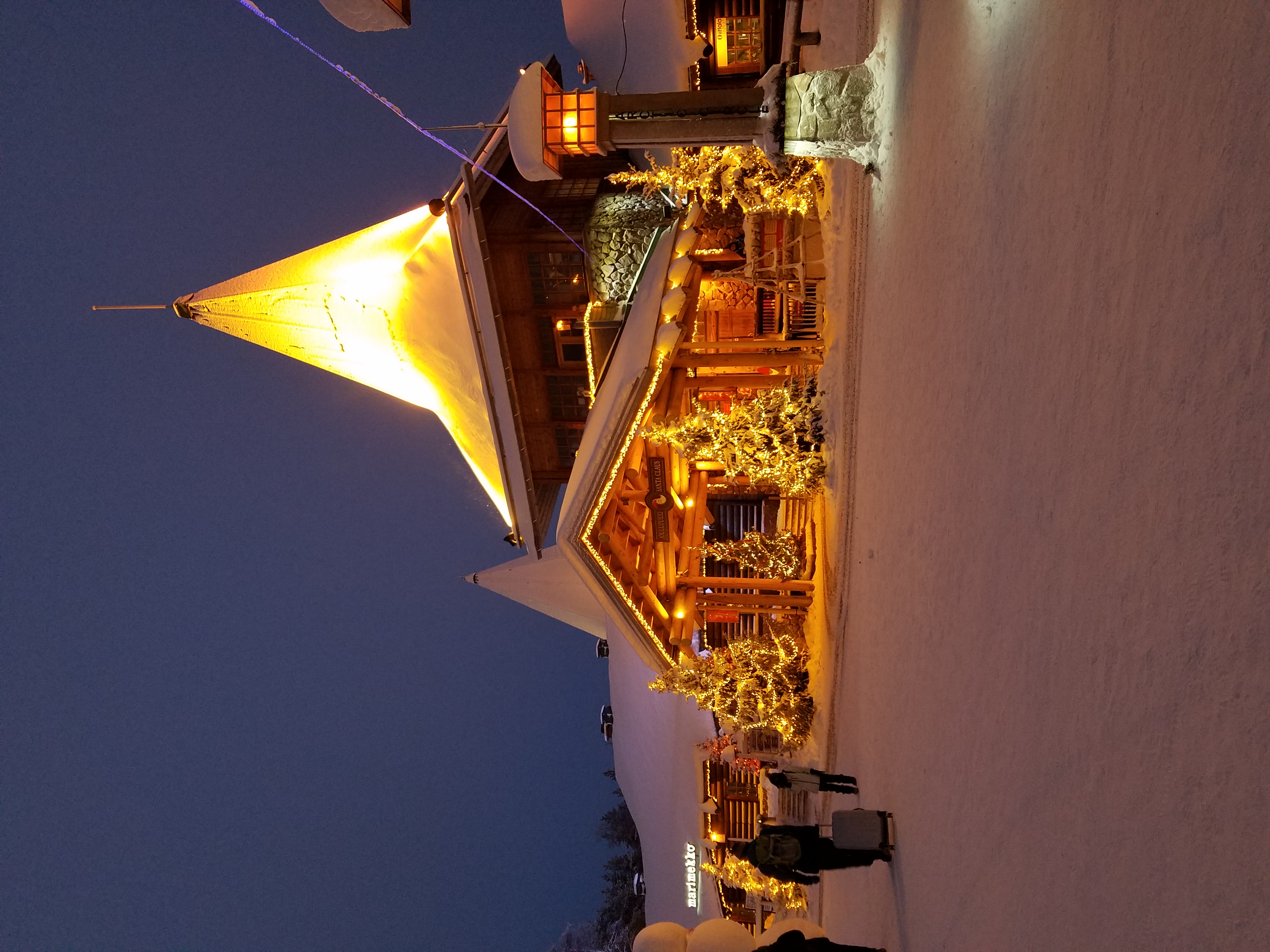 There were a lot of firsts on my trip to Levi, and plenty more things that I needed to try to wrap my head around. Like, for example, the idea that I would be taking a group picture with Santa Claus. I may have spent the better part of my childhood believing in Santa and the majority of my life understanding that Santa doesn’t actually exist, but this did not prevent me from being absolutely mystified by Santa’s Village in Rovaniemi. The amount of care and detail that were put into creating a realistic workshop that you needed to traverse in order to get to the man himself was astounding. There was even a reindeer sled ride and a small post office where you could mail letters to friends and family. After everything I saw, I’m not entirely convinced that I didn’t actually meet Santa Claus. 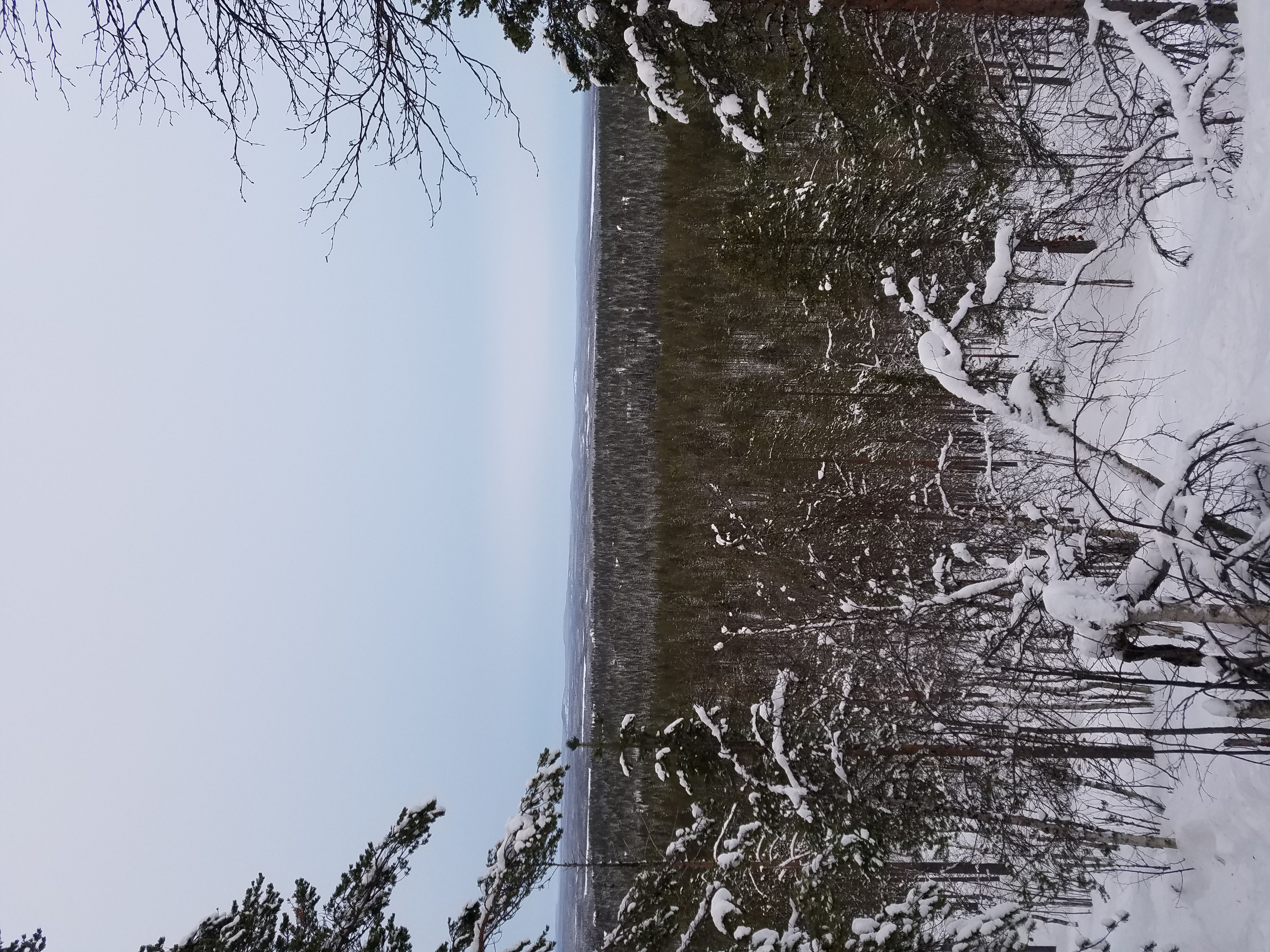 Before this trip, I was never able to say that I had climbed a mountain of waist deep snow in Converse and a pair of jeans. This wasn’t necessarily my best idea, but I also wasn’t the one who decided that a pleasant hike through the snowy woods would turn into a steep and challenging trek up the ski slopes. Regardless of how wet my clothes were by the end of the day, I can say with certainty that the view, my new-found friends and the hilarious memories that were created made it all worth it. 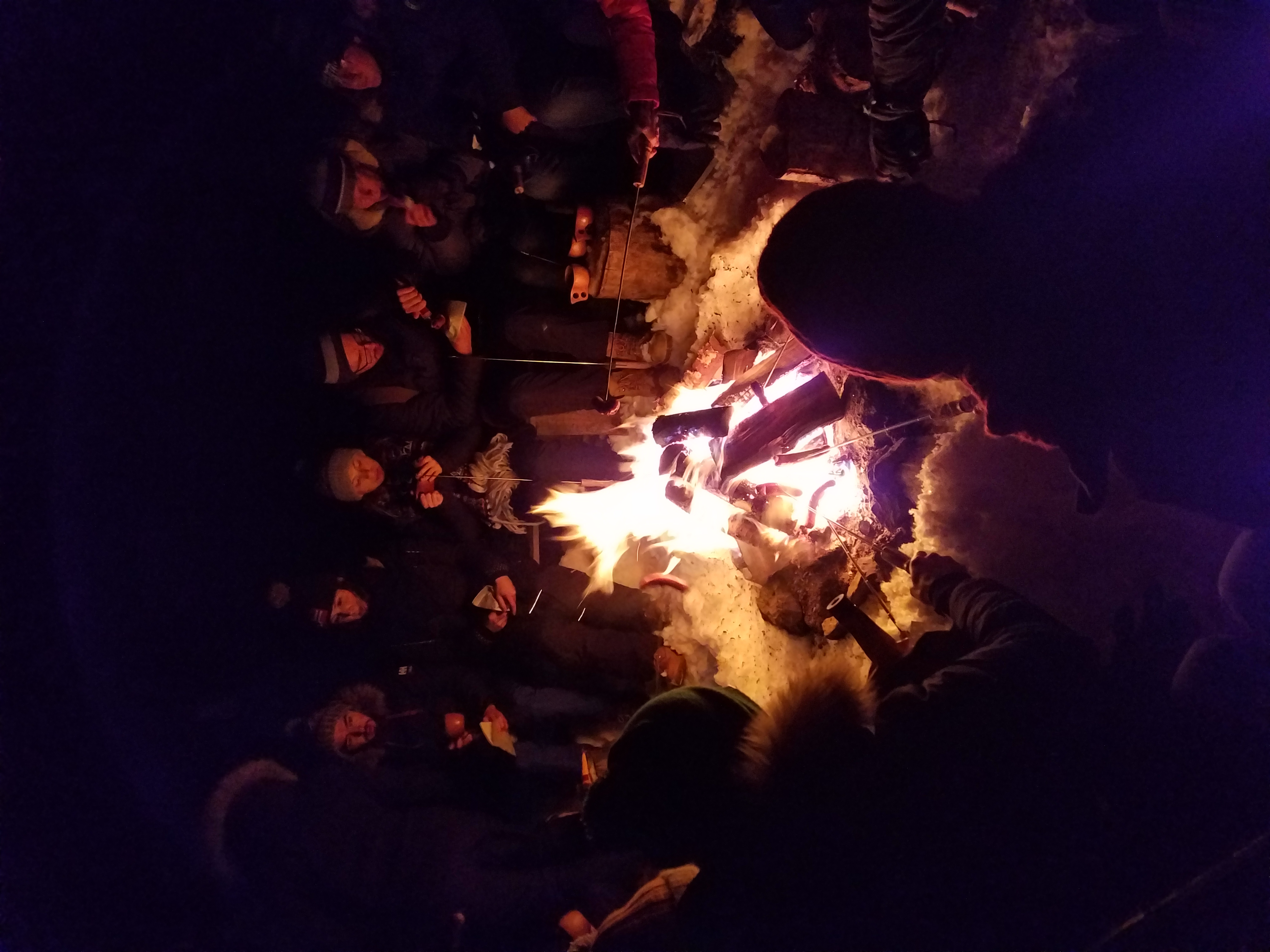 Later in the week, with these same friends, I went to a Husky farm where I was able to both ride in and drive a dog sled. The amount of power and majesty displayed by these animals was awesome to witness, and the sausages and hot berry juice provided for us afterwards weren’t bad either. In fact, smelling like sausages made interacting with the dogs at the end of the trip all the more interesting. 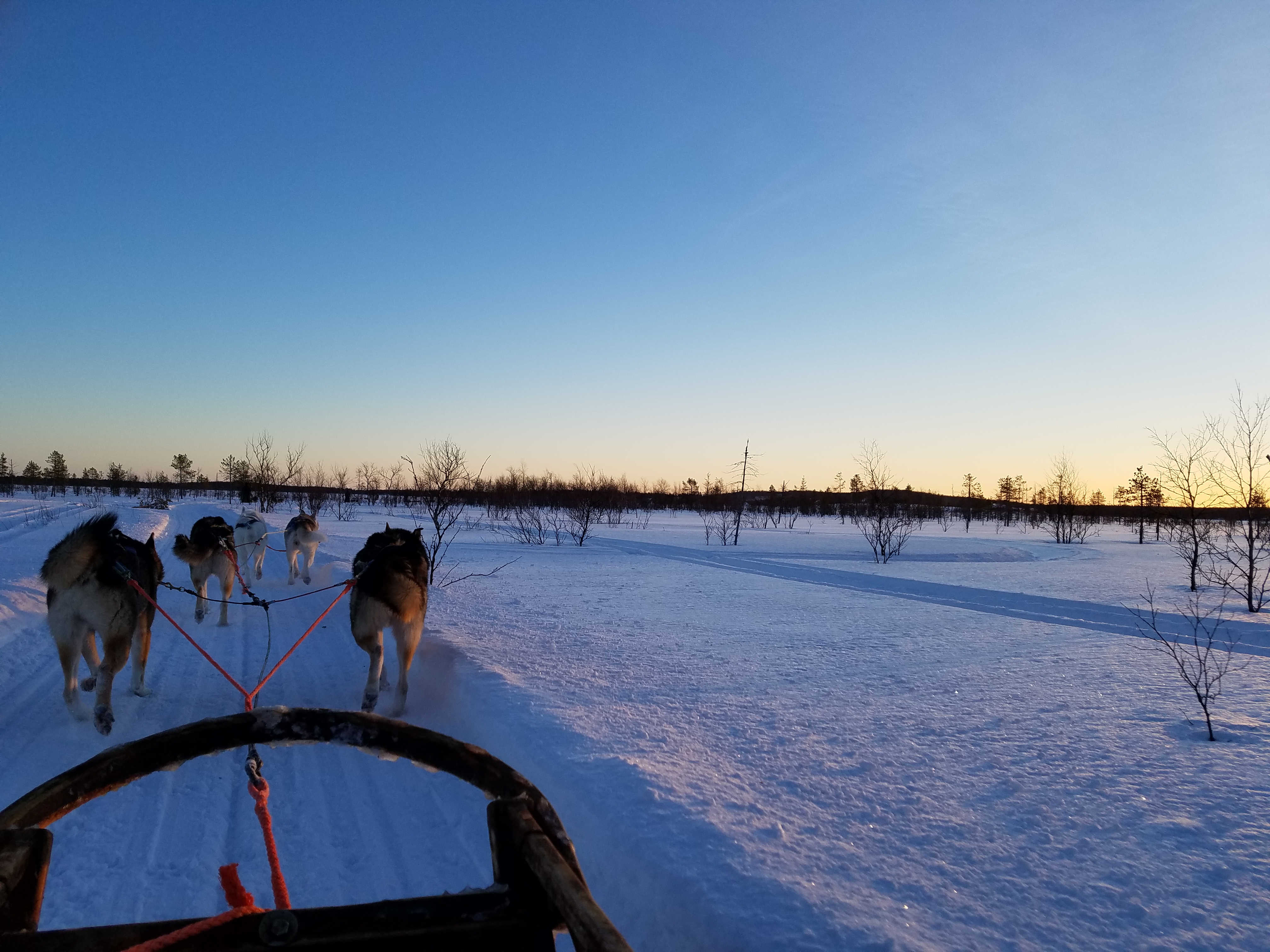 Despite all of this, the highlight of the entire excursion was a combination of two things: snowshoes and darkness. It may not sound entirely thrilling when prefaced as such, but snowshoeing through the woods in the early hours of the night using only the stars overhead to guide you is a fascinating experience. Everything around you becomes silent and still, bathed in pale light reflected by the snow, and more and more stars appear overhead until the sky is virtually an ocean of constellations. It is both breathtaking and serene. However, it becomes exponentially more magnificent when the Northern Lights make an appearance. I was fortunate enough to have seen the Lights a total of four times over the course of my time in the north, which is more than some residents of Finland have seen them in their entire lives. I watched awe-struck as they danced across the sky in all their glory, and found myself wanting to dance with them. 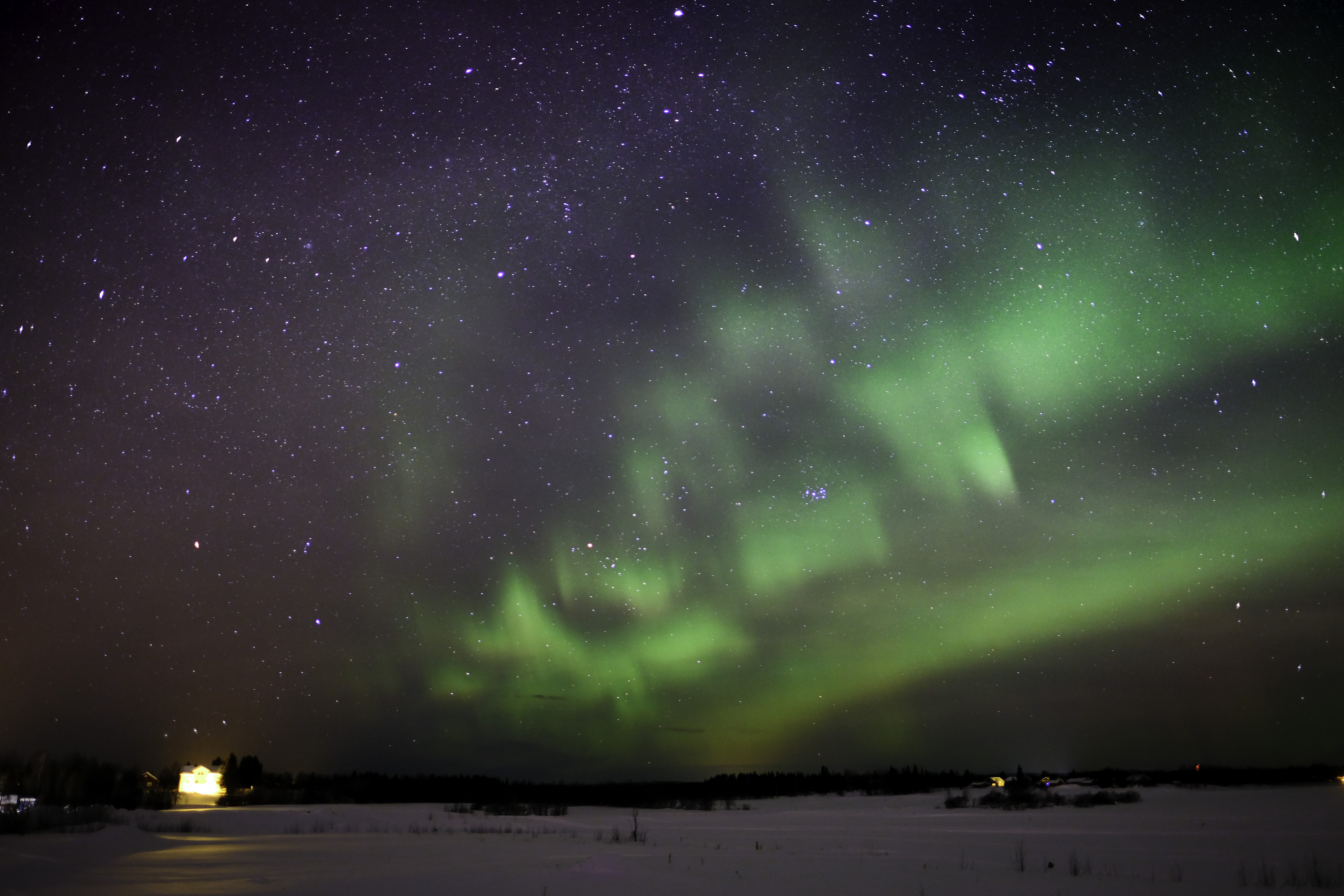 I learned quickly that it’s important to experience the world without a camera, to see without looking through a lens, and that sometimes you simply need to commit a moment to memory instead of trying to capture it on film. No one’s saying that you can’t look down, just remember to look up every once in a while. You never really know what you’re going to see, but there’s a good chance that it will be something amazing. 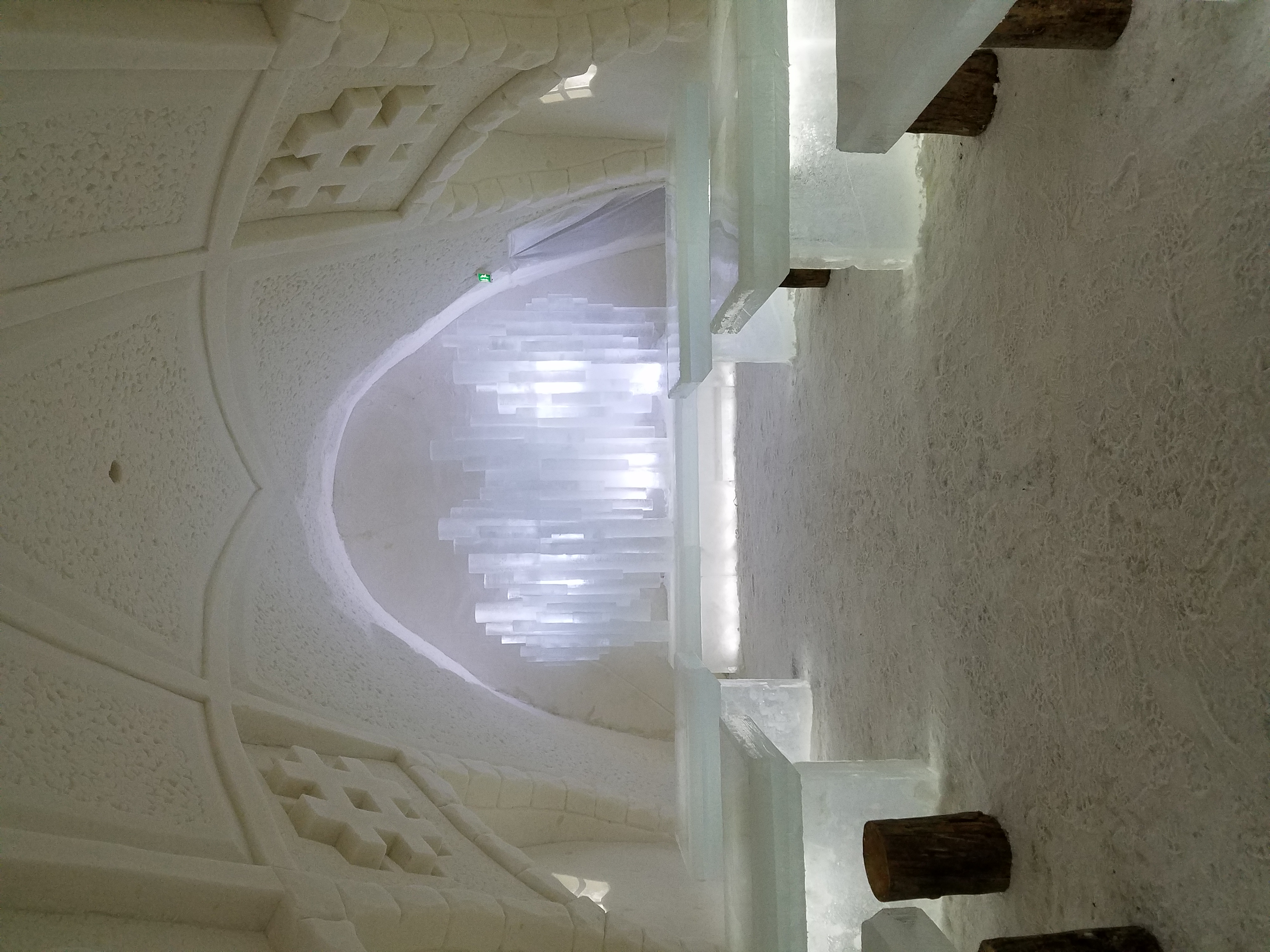 Blog Defeating Homesickness While Studying Abroad When studying abroad, nearly everyone experiences homesickness. Homesickness, like most illnesses, can have mild effects, like a cold, or feel more like a flu that makes you miserable. The good news is that there are ways to combat your homesickness.