Swimming with the Finns

My second month in Finland has been just as hectic and action packed as the first. The highlight thus far was going ice swimming with some of my Finnish friends.

I told them, “I want to immerse myself in the activities of the natives,” and immediately they gave each other a mischievous look. They then told me about the ‘ultimate sauna experience’ where they would take me to a lake to do the traditional activity of sauna and ice-swimming. This involves going to the sauna (in Finland, every activity involves going to the Sauna), heating up for 30-45 minutes, then sprinting to a hole that was carved out in the frozen lake and jumping in. From the jump, I was in for quite a shock.

Finnish saunas stay at much higher temperatures than the ones I’m used to at my local YMCA in the U.S. The saunas work on stock stones, where they periodically pour water on them to increase the temperature. My friends decided to keep a constant stream of water pouring on the stove stones causing the temperatures to reach about 100 degrees Celsius. Needless to say, I couldn’t take the heat, so I got out of the kitchen.

Now I was prompted to run about 100 meters to the hole in the lake. I was warned of a couple of rules — never put your head in the water and don’t stay in for more than a minute. Both could cause serious physical damage. With those rules in mind, I climbed down a ladder into the hole and was greeted by the coldest water I’ve ever set foot in. Immediately, I was uncontrollably shaking, so fast that it felt as if my skin would shake itself off my body. You can see here that I seem to be smiling but it was closer to a scream that a genuine smile. 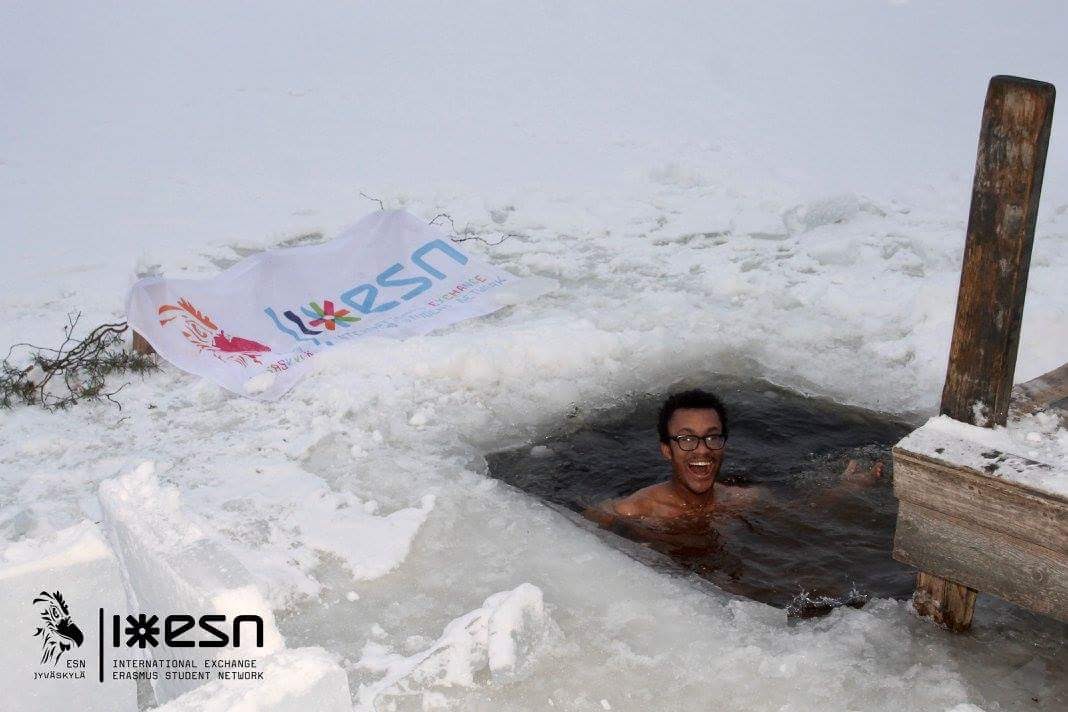 Next up was official ice swimming, where my roommates and I were taken to a lake that has a small children’s campgrounds connected at the end. At this campground, there are devices under the lakes that heat a solid sized circular area and basically make a small pool. This is where we decided to go swimming with some of our Finnish friends.

First we went to the heated changing rooms, then we lined up in front of the ladder and went one by one in to the water. You can’t stay more than 30 seconds and you can’t go past the halfway point, because it feels like you’re being assaulted from every direction. Once I got out of my frozen assault, I felt so amazing. I wanted to go run a marathon and then swim 100 laps.

One of the Finns explained that it actually gives you an endorphin high along with a bunch of other neat benefits. The feeling after makes the whole experience worth it, so now we go about twice a week. It’s the best way to wake up in the morning; walk during the sunrise, jump in to the lake, give your body and mind a quick but extreme jolt, and go on with your day. It sure beats a cup of coffee in the morning. 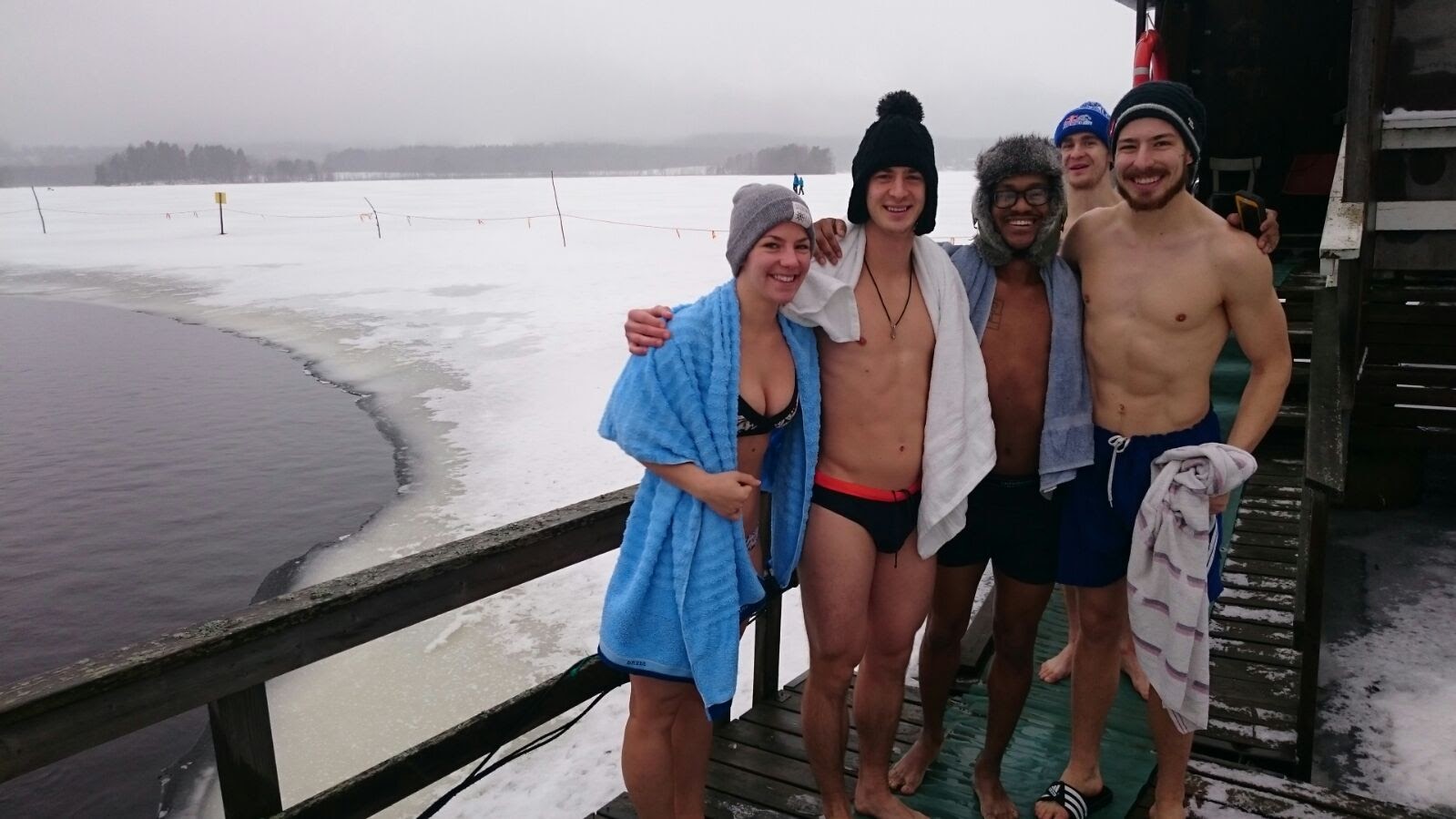 Blog 10 Places You Must See in Paris The city of lights, and also the city of a million places to see and thus, a million other tourists. I was lucky to spend an entire week in Paris, but let's say you've got one weekend to see all of the best sights. Here are the ten places that you should make priority.