My legs were trembling and my hands started to cramp as I clung to the wall of a 100-meter cliff on the border of Switzerland and France, and all I could think was, “What have I gotten myself into now?”

The adventure all started at an exchange student party in the lobby of my building. I was walking around meeting people when I started talking with a Swiss local named Maurice. He mentioned he was putting a trip together for a via ferrata with a few people on the border of France. A via ferrata is basically a mix of climbing and hiking put into one terrifying and beautiful experience. You have to wear a harness and climbing gear to keep yourself attached to the cliff in case you fall. You maneuver across tiny metal steps that are fixed to the sheer edge of a cliff wall, it has rope bridges, ladders and even a zip line — if you have the right gear.

A few days after the party I received a message from Maurice briefly explaining the trip. Other than that I did not really know what to expect from the trip, and not wanting to seem incompetent or to annoy anyone I decided not to bombard them with too many questions, and use the info I did have.

On the first day of the trip, I woke up at five in the morning to catch the first train to a small Swiss town where we would start the hike. I boarded the train and met the rest of the people — for the first time — that are going on the trip, and I immediately noticed I was wearing the wrong gear. Everyone else had nice hiking pants and boots and I was wearing jeans and running shoes. I knew I could walk for miles in what I was wearing, so I wasn’t too worried. Halfway through the train ride the group was talking about how we would be crossing a river without a bridge. I panicked because I didn’t bring any extra clothes and it was already a way colder day than expected.

When we arrived at the last train station, we looked at a map and decided on a route to get to the via ferrata, and began the hike into the Swiss wilderness. After about an hour of hiking downhill we arrived at a cliff that we decided to repel down, even though no one could see the bottom or knew how tall it was. Being the first time I had ever repelled down a cliff, I was nervous but I knew that it would be fun and a great experience. We had a short lesson on how to work all the gear and then we started the decent. The first person made it fine and gave everyone a sense of relief.

Then it was my turn — I strapped into the rope and started to inch off the edge of the cliff through dense vegetation making it impossible to really know where I was going. I pushed off and slid down, using the break as I learned from the short lesson, realizing how much fun it was and not knowing why I was so nervous. 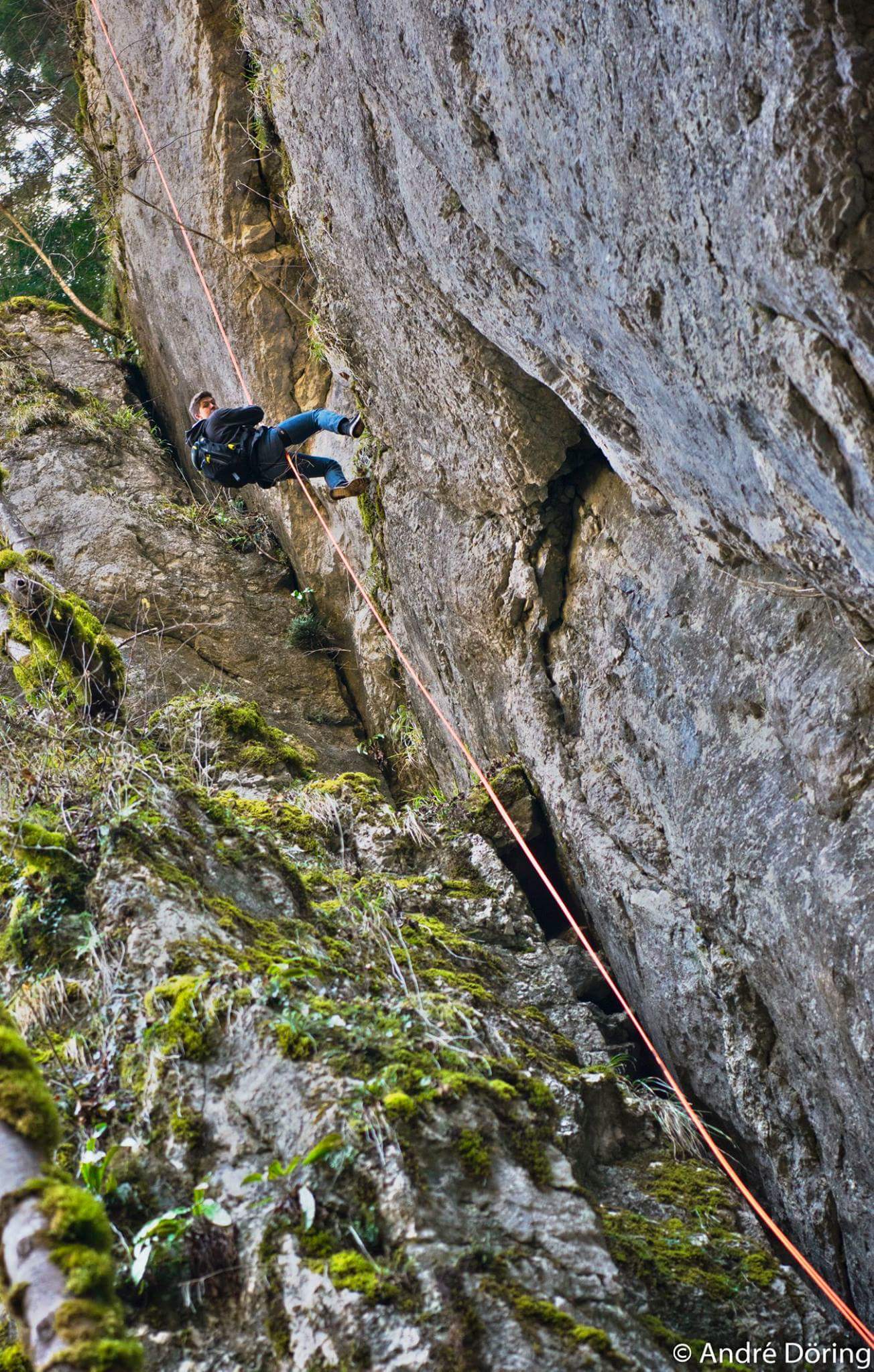 After everyone got down we continued to the next obstacle, a freezing mountain river with no bridge. The river had no bridge because it was actually the border of France and Switzerland and we were crossing into France to get to the via ferrata. We didn’t have a long enough rope to try to form a quick bridge to shimmy across, so we had to strip down to our trousers and cross the icy moss-covered river barefoot. Halfway through the river my feet went numb and made it impossible to grip the rocks properly. I finally reached the other side and tried to dry off and regain the feeling back in my legs and feet. 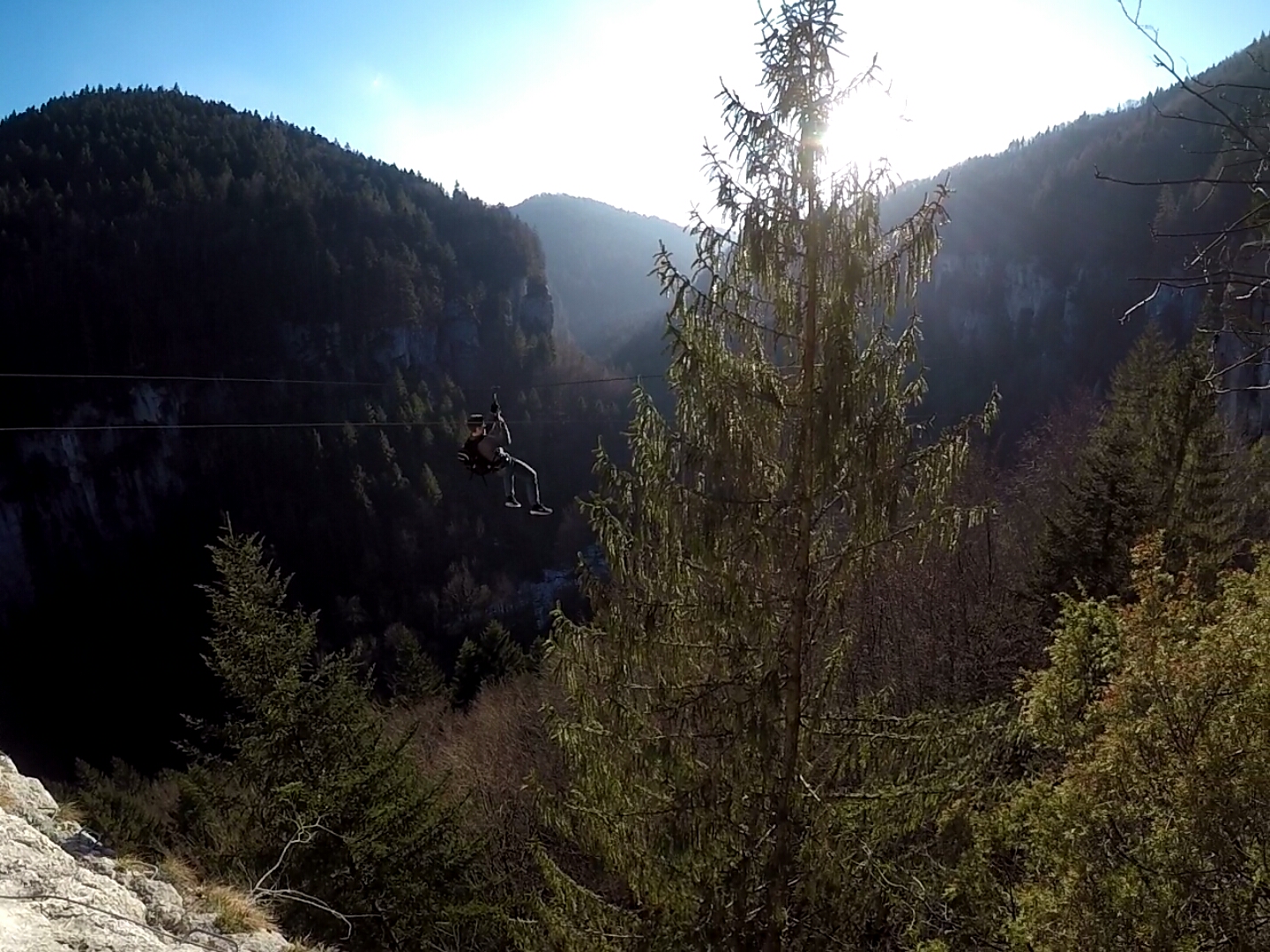 After we re-clothed and were ready to move on, we made the final push to the beginning of the via ferrata. I started to climb and felt like it wasn’t too bad — other than my shoes had the wrong grip for the metal footholds and were more slippery than I had hoped. But then we got a little higher and more exposed — now this isn’t the best time to remember my fear of heights so I tried to push that to the back of my mind and continue with the climb. Some parts of the climb we got to an overhang about 100 meters above the ground, where my feet want to slip off at any moment. At those moments it was hard to think about anything other than why I did this to myself, but at other moments when it was easy to stand and get a grip, I looked out over the beautiful sun drenched gorge while clinging to the edge of a cliff and it felt like I was exactly where I wanted to be. 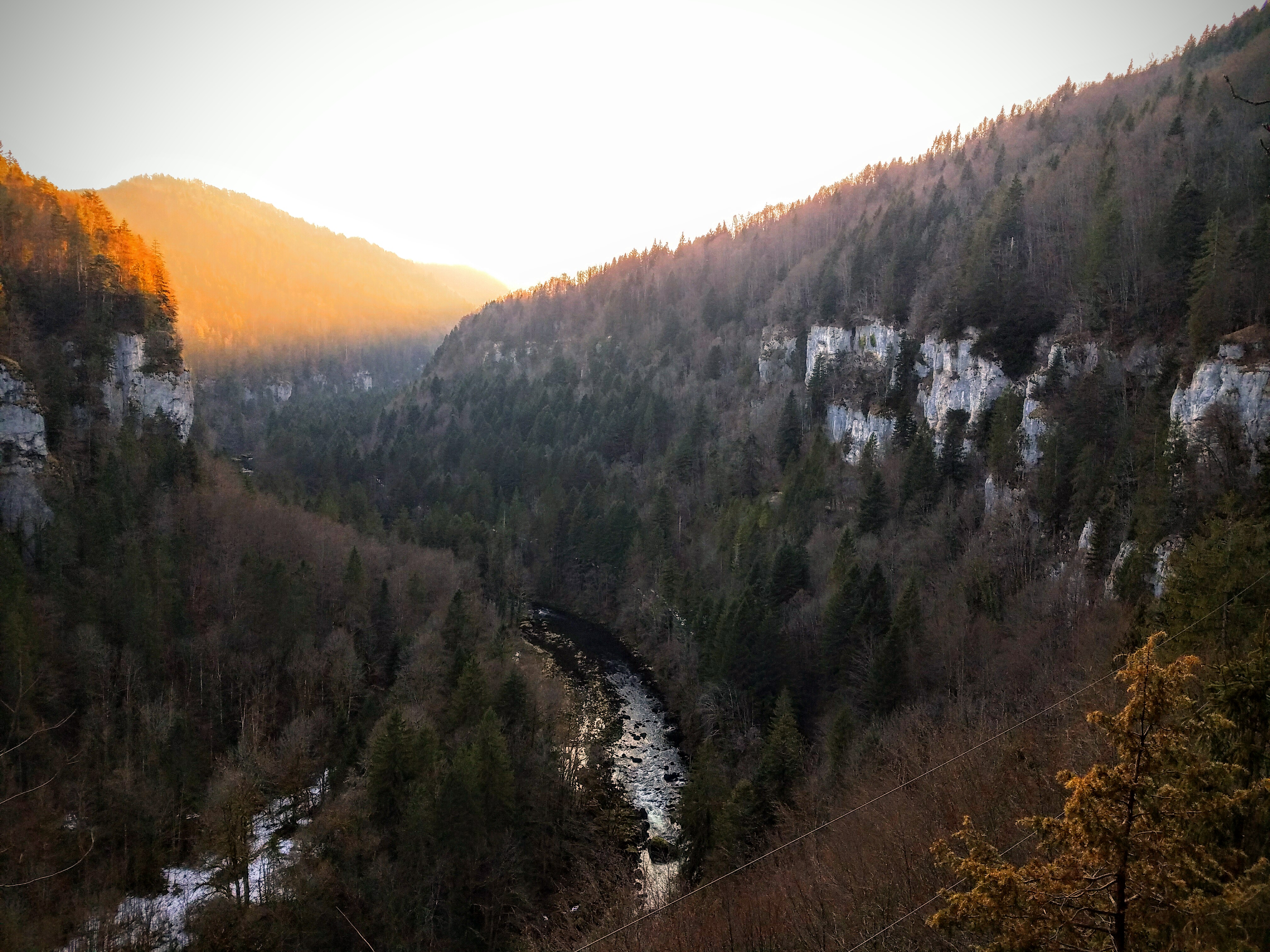 At the end of the via ferrata we strapped into a beautiful zipline that stretched from one wall to the next. Once I took off onto the suspended line flying over the forest below, I felt a sense of accomplishment like I had just conquered not only my fears, but also cliffs, rivers, border crossings and an adventure of a lifetime. 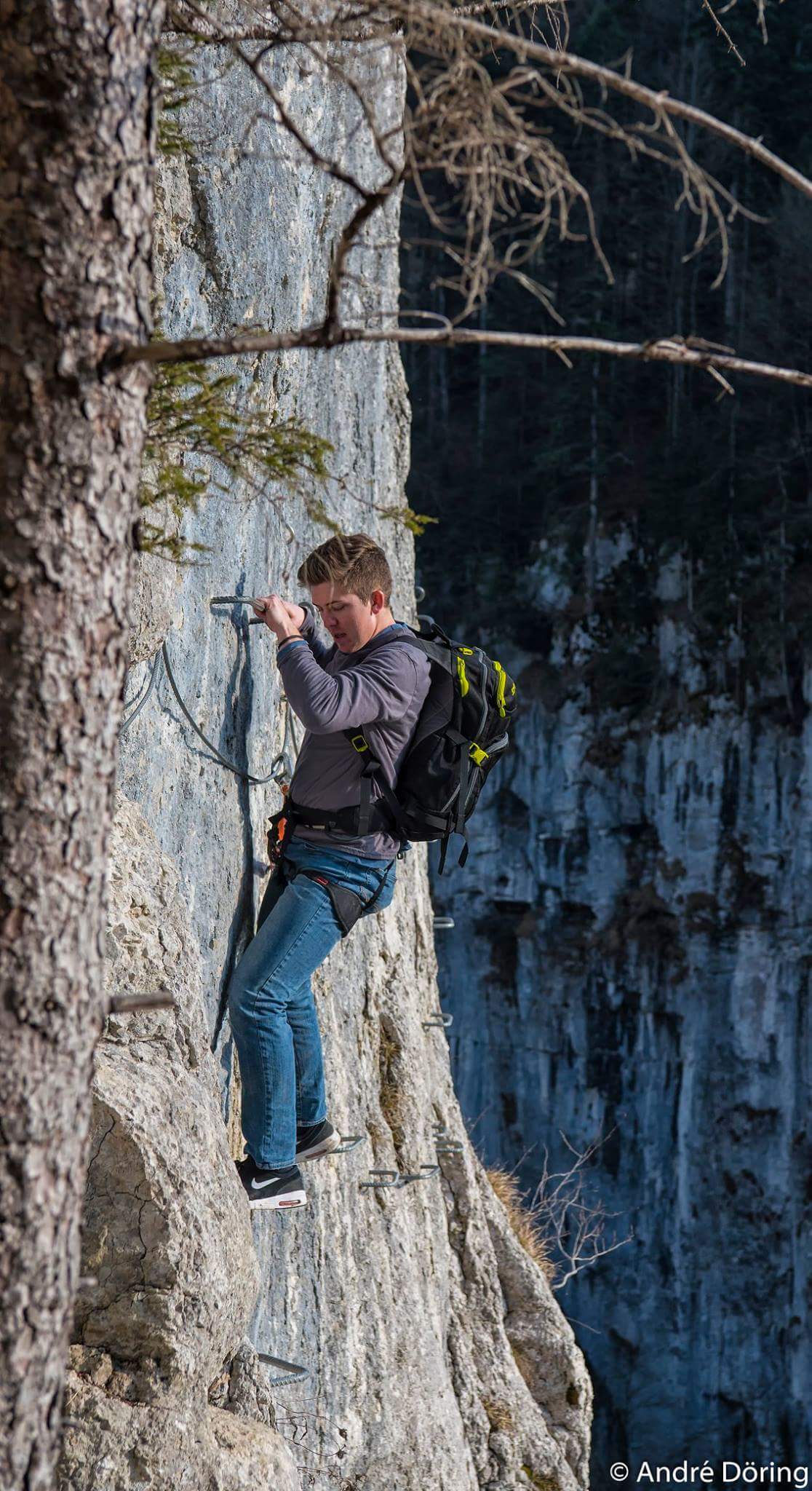 “We live in a wonderful world that is full of beauty, charm and adventure. There is no end to the adventures that we can have if only we seek them with our eyes open.” — Jawaharlal Nehru

Blog Dream, Breathe, Go: Traveling While Studying Abroad One of the greatest things about studying abroad is all of the travel that comes with it. Once you get settled into your new country, you start thinking about all the places that you can go, and look at booking trips for your weekends.