Auditioning for TedX in Turku, Finland 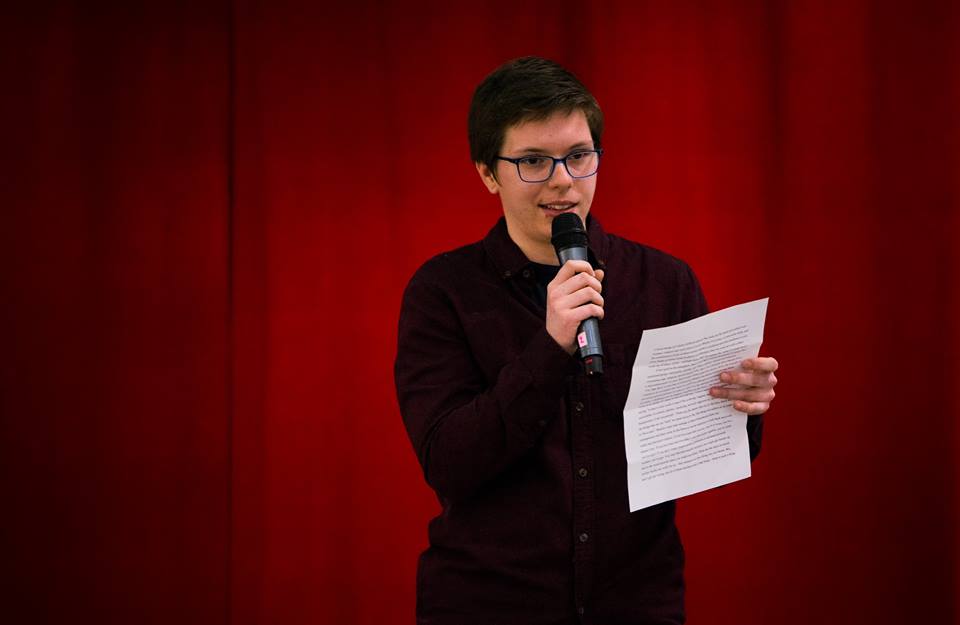 When I was afforded the opportunity to study abroad, I knew I was embarking on a once in a lifetime adventure. I operated under the assumption that I would go to school, maybe travel and attend some events hosted by local student organizations in hopes of immersing myself in Finnish culture. As expected, this is exactly what I did for the first couple months of my exchange. However, I hadn’t accounted for the unique opportunities that would arise after my arrival.

TED is an organization most well known for their powerful talks and their influential slogan ‘ideas worth spreading.’ An offshoot of TED is the locally funded, independently organized events known as TEDx talks. Recently, SparkUp Turku hosted auditions for their fourth TEDxTurku event with the theme 'not stereotypes.’

Now, I first discovered the event on Facebook through a friend who was interested in watching the auditions take place. I decided without hesitation that I would like to attend as well, if for no other reason than to hear the ideas being presented. I began to browse the event page in search of more information. That’s when I saw the call for auditions. Anyone who knows me understands that I have a mild fear of public speaking, but these same people will tell you that such a fear has yet to stop me from doing it anyway.

I filled out the application because I perceived it as harmless. I figured they wouldn’t allow me to audition as an exchange student or maybe they wouldn’t like my choice of topic. I thought my chances of securing an audition were slim to none but that it couldn’t hurt to try regardless. Imagine my surprise when I received an email inviting me to audition on a date of my choice.

On April 7, I took the stage at SparkUp Turku with a four-page speech about intersectional identity and epigenetics as seen through the metaphor of houses and walls. It was one of the most terrifying things I’ve ever had the pleasure of doing. I was well received by the crowd, especially by the small section of my classmates who came just to hear me present, and now eagerly await the results of the auditions. Come May, ten speakers will be invited to present their full speeches at Sigyn Hall in November of this year.

If there is anything that this experience has taught me, it’s that taking advantage of seemingly impossible opportunities on a whim is one of the more rewarding things you can do. Whether or not I will be invited to present my speech in November at Turku’s fourth TEDx event, I was able to share my ideas while honing my public speaking skills. As I found out, it never hurts to take a chance and try. 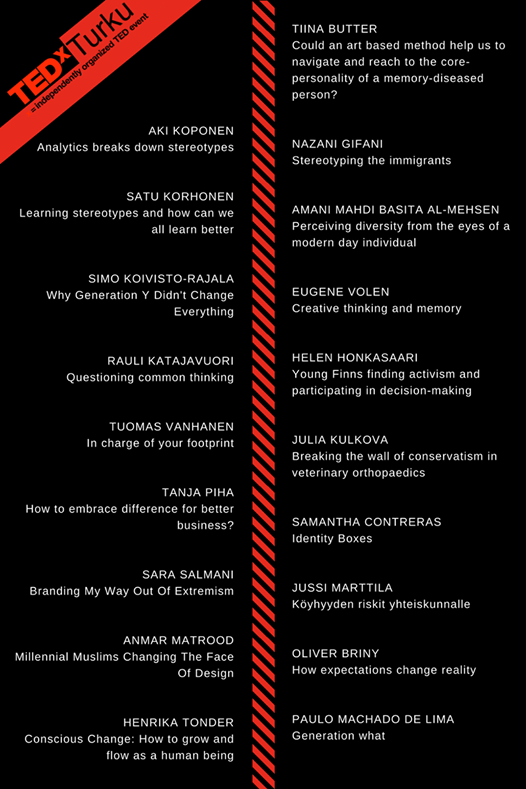 Blog How to Make the Most of Your Time Abroad The possibilities seem endless when you are in an entirely new place, with no familiar faces, and no one to tell you what to do. The task of deciding where to eat or what to do with your free-time can seem daunting with so many choices.