Murphy's Law and My Trip to the United States

Marina is an ISEP Voices blogger from Tilburg University, in the Netherlands, who spent a semester at Bridgewater College, in Virginia.

ISEP student Marina S. is a part of ISEP Voices Spring 2016. She is a law student from Tilburg University, and is currently studying abroad at Bridgewater College in the United States.

Before you think I have a new boyfriend, I will first explain something about Murphy. Murphy’s Law is an adage or epigram that is typically stated as “anything that can go wrong, will go wrong.” I didn’t know him before, but when I started to plan my trip to America I got to know him pretty well.

The first time he showed up was when I heard I couldn’t study law at Willamette University in Oregon, and I, as a law student, cannot go on exchange without any law classes. Fortunately, there was a space at Western Washington University. While I was planning my trip to Washington, Murphy came and told me that I had a delay with my passport. Because of this, I couldn’t make it on time to WWU. People around me were saying, “Marina, you better stay in the Netherlands. It seems like it is not your destiny to go to America.” I thought, I won’t let Murphy win. As a believer in positive thinking, I trust that with a positive attitude you can reach everything in life. So, I created my own paradigm. The Marina’s paradigm: the new roads that are opening for you are even better.

The battle, Murphy against me, continued.

With the help and the perseverance of ISEP there was still a place left at Bridgewater College in Virginia. When I came to the airport Murphy surprised me again with the news that my flight was cancelled because of a blizzard in Washington, D.C. I thought, okay, that’s a good thing, that means some greater roads will open.

And, sure enough, it got much better. I got a seat on one of the most luxurious airlines, KLM. The prices for that seat are around 1,000-2,000 euro for a flight to D.C. With my ticket of 470 euro, I felt like a queen. I could order champagne, watch unlimited movies and even got three meals during the trip.

When I arrived in D.C., Murphy had some plans for me other than going to Bridgewater. Because of the blizzard, the roads were full of snow and I actually had to stay at the airport. Luckily, I was able to stay with a group of American students from Bridgewater in a hotel room.

Thank you Anne Marsh, Dr. Jill Lassiter and Dr. Barbara Long from Bridgewater, for helping me with the hotel, food and the trip to Bridgewater College. In the meantime, I met some cool friends who taught me a bit about the American way of life, American parties and American games. More of that will come in my later blogs. Last thing I want to say is: goodbye Murphy, I found another love— the United States! 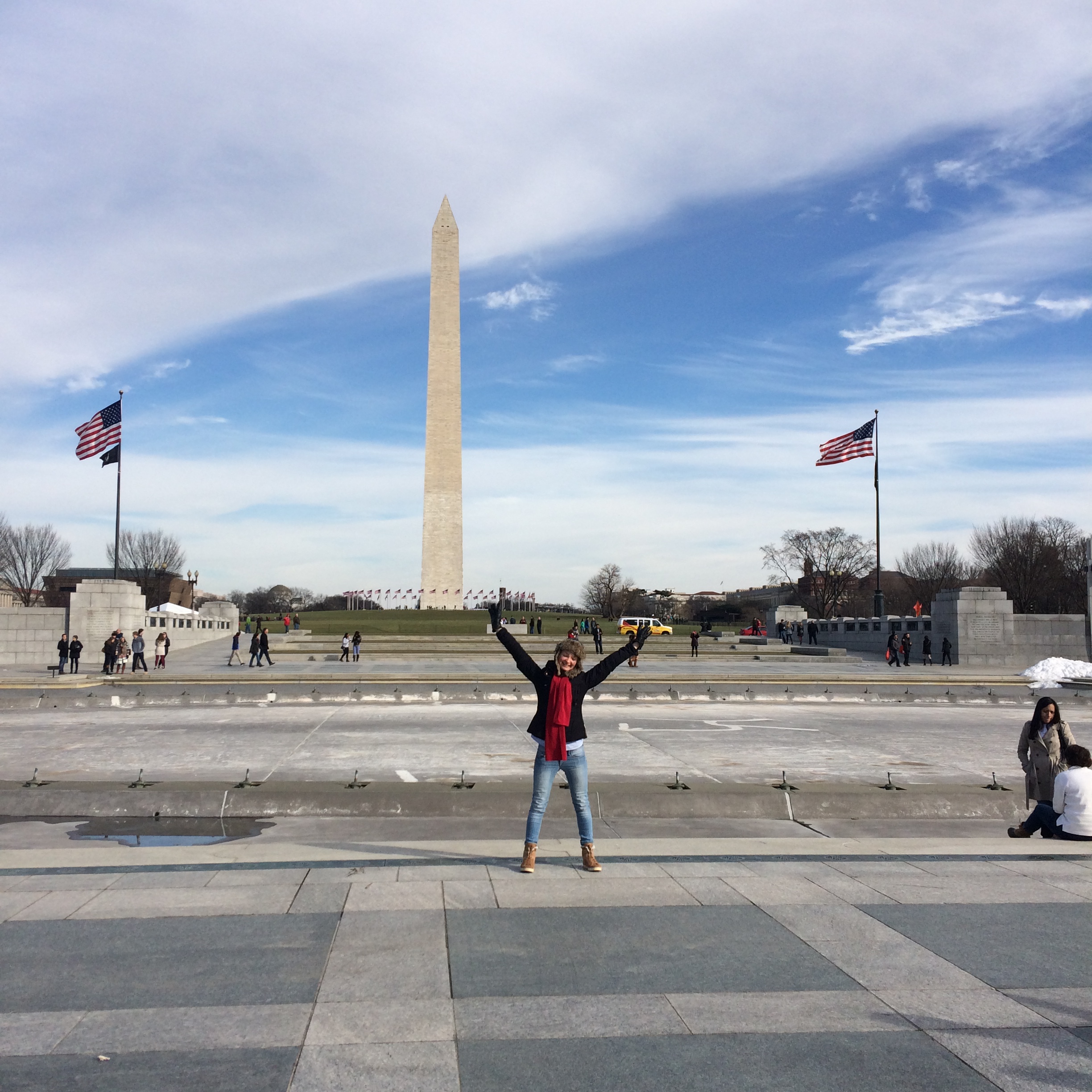 Marina standing in front of the Washington Monument

*Are you ready for your own adventure? See all of your study abroad options on the ISEP website.

Blog Overcoming Obstacles Encountered While Studying Abroad ISEP student Destiny S. is a part of ISEP Voices Spring 2016. She is a first-generation college student from Northern Arizona University, and is currently studying abroad at Edinburgh Napier University in the United Kingdom.

Marina is an ISEP Voices blogger from Tilburg University, in the Netherlands, who spent a semester at Bridgewater College, in Virginia.