Study Abroad in South Korea: What they Never Tell You as a Black Woman Abroad

There’s a common phrase used to describe Seoul and the people who live here. The phrase 빨리 빨리 translates directly as “quickly” or “hurry up” and is often used to represent the busy life of Seoul and the people who live here. As soon as I stepped off the plane at Incheon Airport, I felt the urgency and the bustle of Seoul and it excited me. I couldn’t remember the last time something interested me or made me surge with electricity, but I felt that from the moment I touched down. I had seen pictures of South Korea before, but I never truly grasped the beauty that radiated from this small country until I got here myself and saw it with my own eyes. But even as I got used to living here and studying at Ewha Womans University, within a month I realized there were some things that no one told me about before I got to Korea. 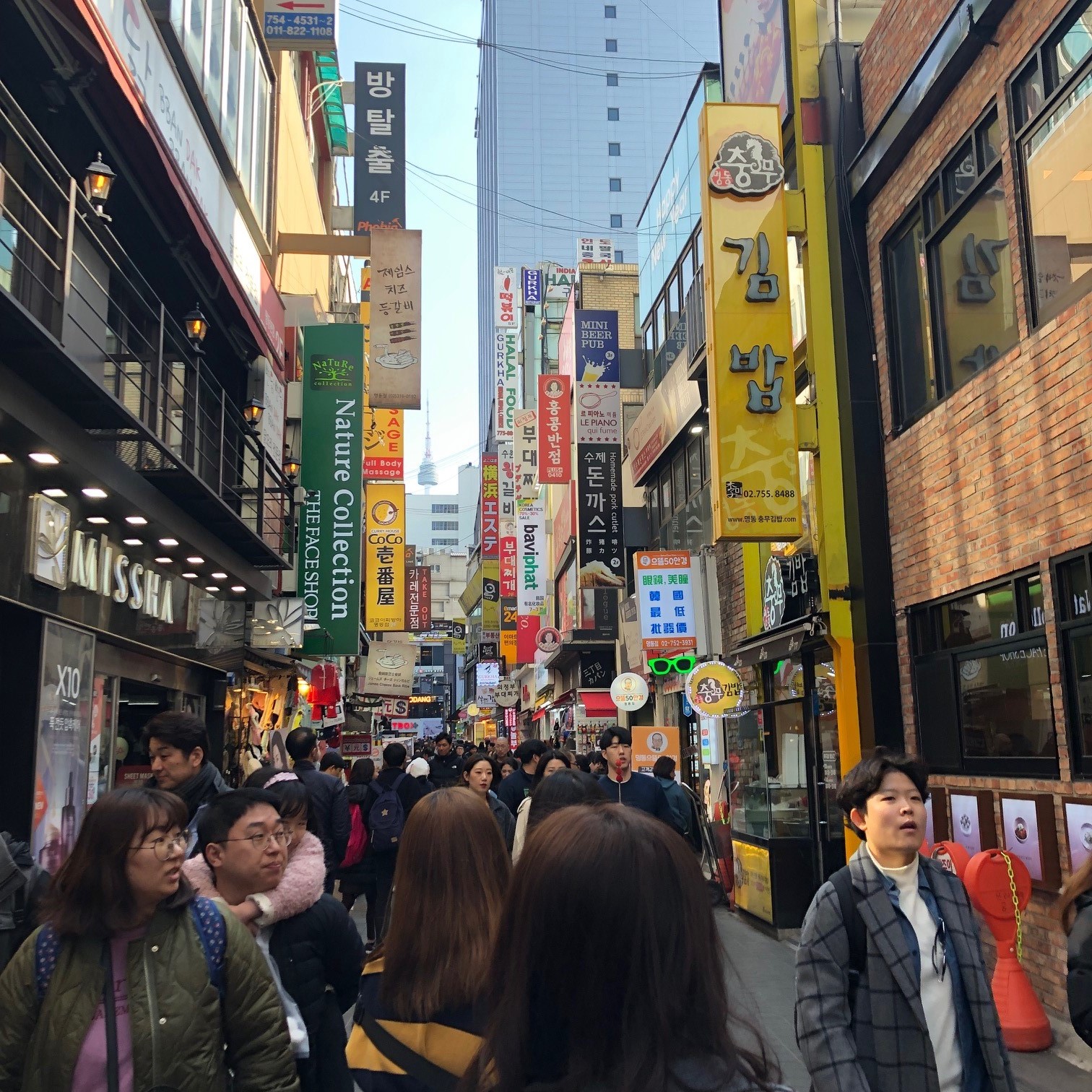 I understood that going to a mostly homogenous country that me, a semi-tall black girl with pink hair, would stick out like a sore thumb. I knew that people would be paying attention to me, but I never processed the way it would make me feel. I understand that not everyone in Korea has seen a black person, but sometimes when you catch someone staring at you and looking at you like you’ve made a mistake for merely existing, the feeling you get isn’t a pleasant one. It’s hard walking around with the tag of “other” tethered to you like an unwanted stray animal, following you around no matter where you go.

At first it was hard to just walk around and explore, and it still stings a little even now, but the more I thought about it the more I tried to change my thinking. They’re looking at me because I’m different but that doesn’t mean that it’s a negative thing. I’m different and that doesn’t bother me; my clothing, my hair and my personality are all colorful and that makes me who I am. I like the fact that I can make a statement and be confident, and I might as well because people are going to look regardless. So, I found that it’s best for me to shake off the stares of others and be confident in the fact that I have something special that most people haven’t seen before. 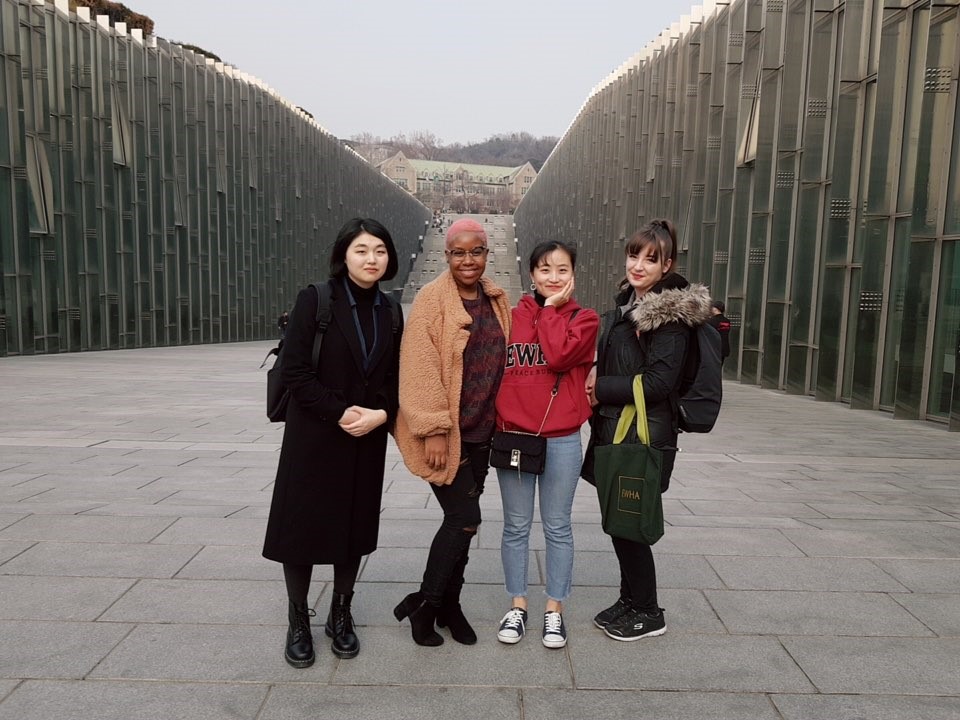 I’d like to think of myself as a very warm person who can talk to others and communicate well. But I’ve found that I can’t just sit around and wait for the friends to come. Especially as a foreigner, I have to be proactive about it. I think that when my Korean classmates see me, they don’t think I can converse with them in Korean and that I would come up to them and start spewing out every English word found in the dictionary, which isn’t true in the least. I understand the stress and the fear of having to speak another language other than your own, so to some degree I can understand this mindset. But I came to Korea to expand my Korean skills and get to know the people here. At first it was difficult, and I felt a little alone at times. Now I’ve been having the courage to reach out to people first and they seem to equally warm up to me the more we talk in Korean and find out that we have certain things in common. So don’t give up if you’re trying to make friends, because it takes time and you just need to put yourself out there. If you’re apprehensive of doing something and it fills you with discomfort or fear, that probably means you’re on the right path. 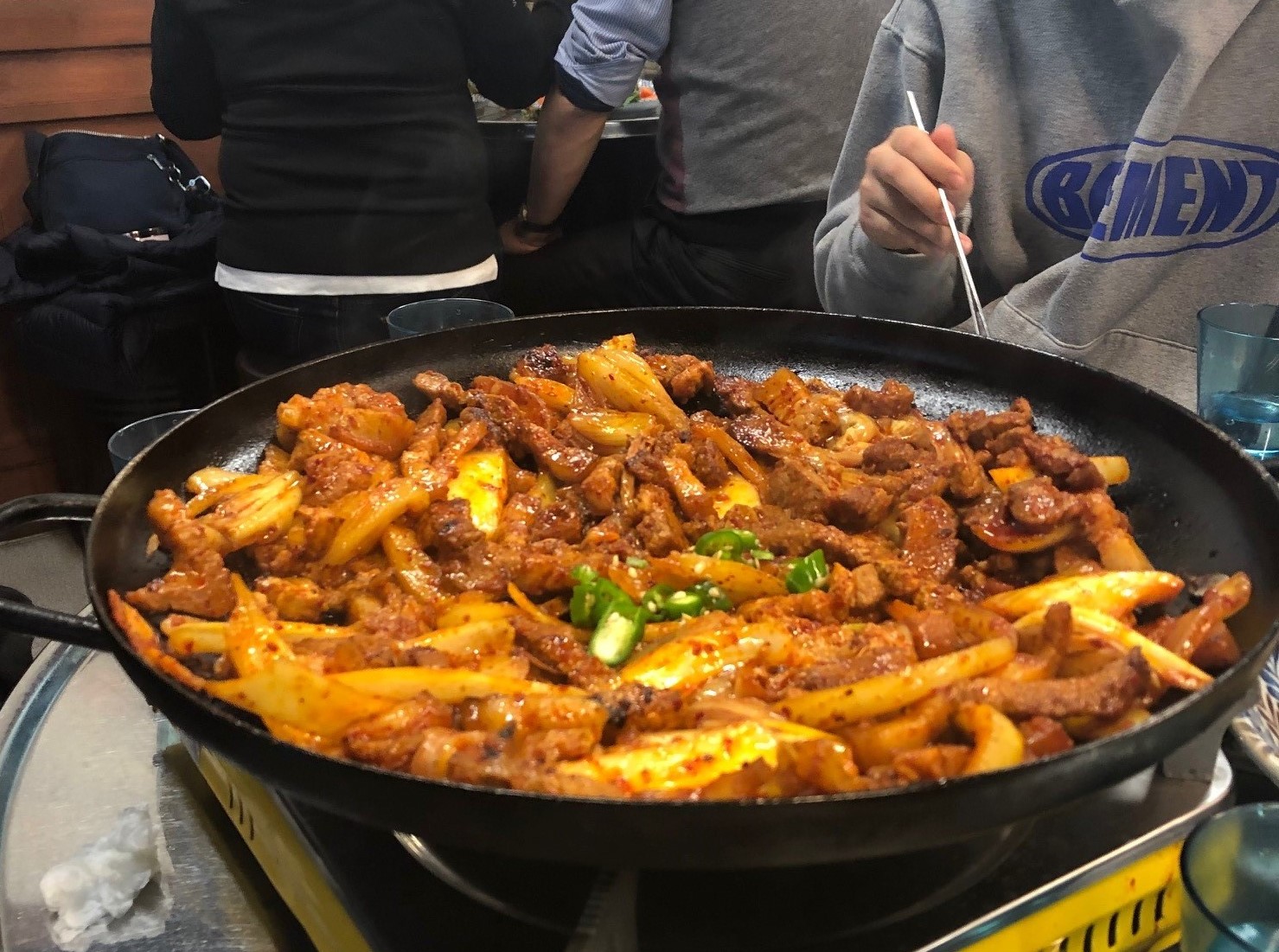 The food here has been the highlight of my time in Korea and continues to be the highlight as I expand my tastes and find more interesting places to eat. But as someone with a seafood allergy it was difficult when I first got here, especially as someone who loves Kimchi. The fermented cabbage has been called a superfood and is eaten with almost every meal in Korea, and has been one of my favorite foods since middle school. But little did I know that they put dry shrimp and sometimes other shellfish without notice on a menu. So every time I go to a restaurant, I have to ask if they put shrimp in the kimchi or if whatever I’m eating has shellfish even if the a dish is far from seafood. I feel that being a vegetarian or vegan would be a challenge here because Korea loves their meat and dairy, so if you have any dietary restrictions it would be best to always double check.

While these are things that I couldn’t have figured out until I experienced myself, I am completely and irrevocably enamored with South Korea. Some of the people I’ve met in the short span that I’ve been here have already changed my life and impacted me for the better. And while I sometimes feel the weight of being different as a black woman in Korea on my shoulders, there have been people who have showed me incredible kindness like the old Korean couple who owns the Spicy Rice Cake shop near my campus who always gets excited seeing me when I eat there for lunch or dinner that week. Or my teachers who say that I liven up their classrooms or the random people who compliment me on my Korean language skills. Being here has made me open up more to opportunities I couldn’t have yet imagined and I’m excited to see what else I’ll experience before my time is up before I have to leave this beautiful country. 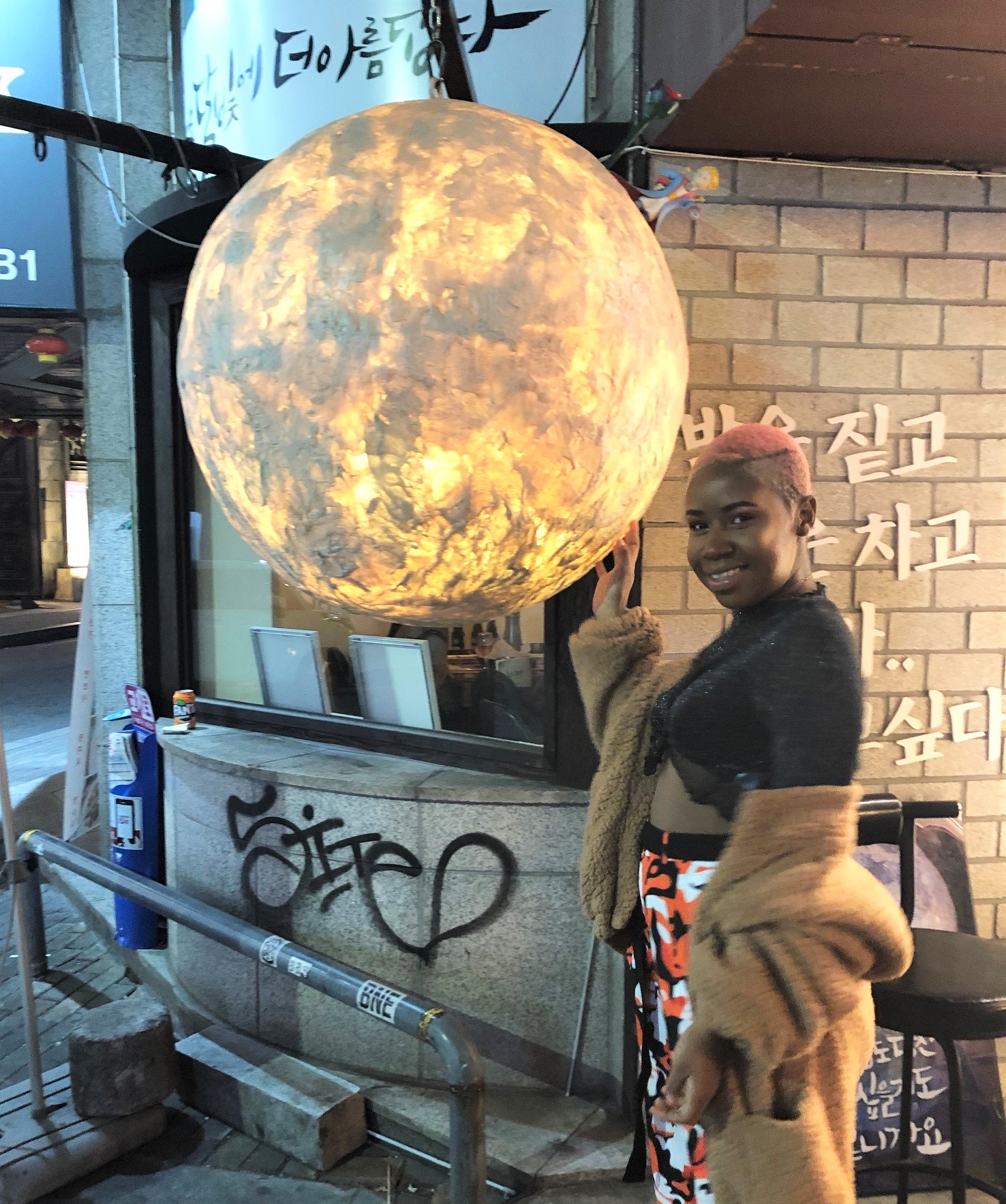 Blog Study Abroad for a Full Year: Should I Stay or Should I Go? Eva from Germany and studying for a year in Guayaquil, Ecuador shares things to consider when thinking about studying abroad for a semester or a full year.