The last weekend in September is not one I would typically spend taking naps on the beach. But napping in hammocks and lounge chairs while the waves of Agadir provided a lullaby made for the perfect weekend. On the other side of the Atlantic Ocean in the U.S., where I’ve called home for so many years, I imagine they are planning to go apple picking at fall festivals and wear sweaters to take walks in the brisk fall air. But for me, this one weekend was the perfect extension of summer that I needed at the start of my semester studying at Al Akhawayn University in Morocco. 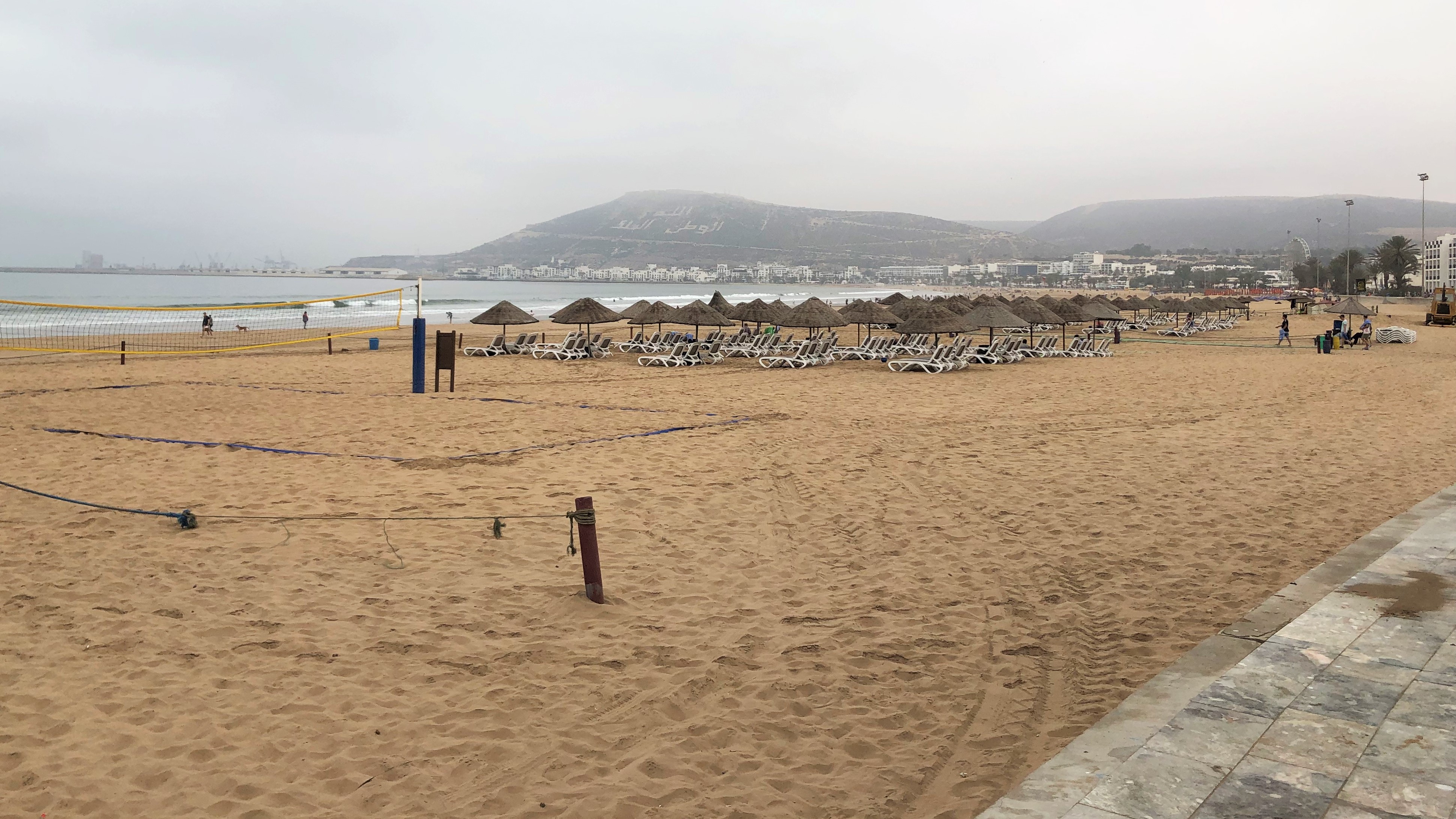 The ease of travel around Morocco made for a hassle-free weekend trip to the other side of the country. By using a travel app, we were able to book an inexpensive flight with Air Arabia on Friday evening and a return flight for Sunday evening. Because both flights were in the evening and only a little more than an hour each way, we had almost two full days to explore the best of Agadir.

Saturday was our first full day in the city, and we spent the morning close to home. A few of us in the group found a nice spot for a good Moroccan breakfast that included bread with various oils and creams and fruits and an omelette. From there, we took a short walk to the boardwalk and spent the rest of our morning walking along the shoreline picking up shells and broken pieces of ceramic that had washed ashore. 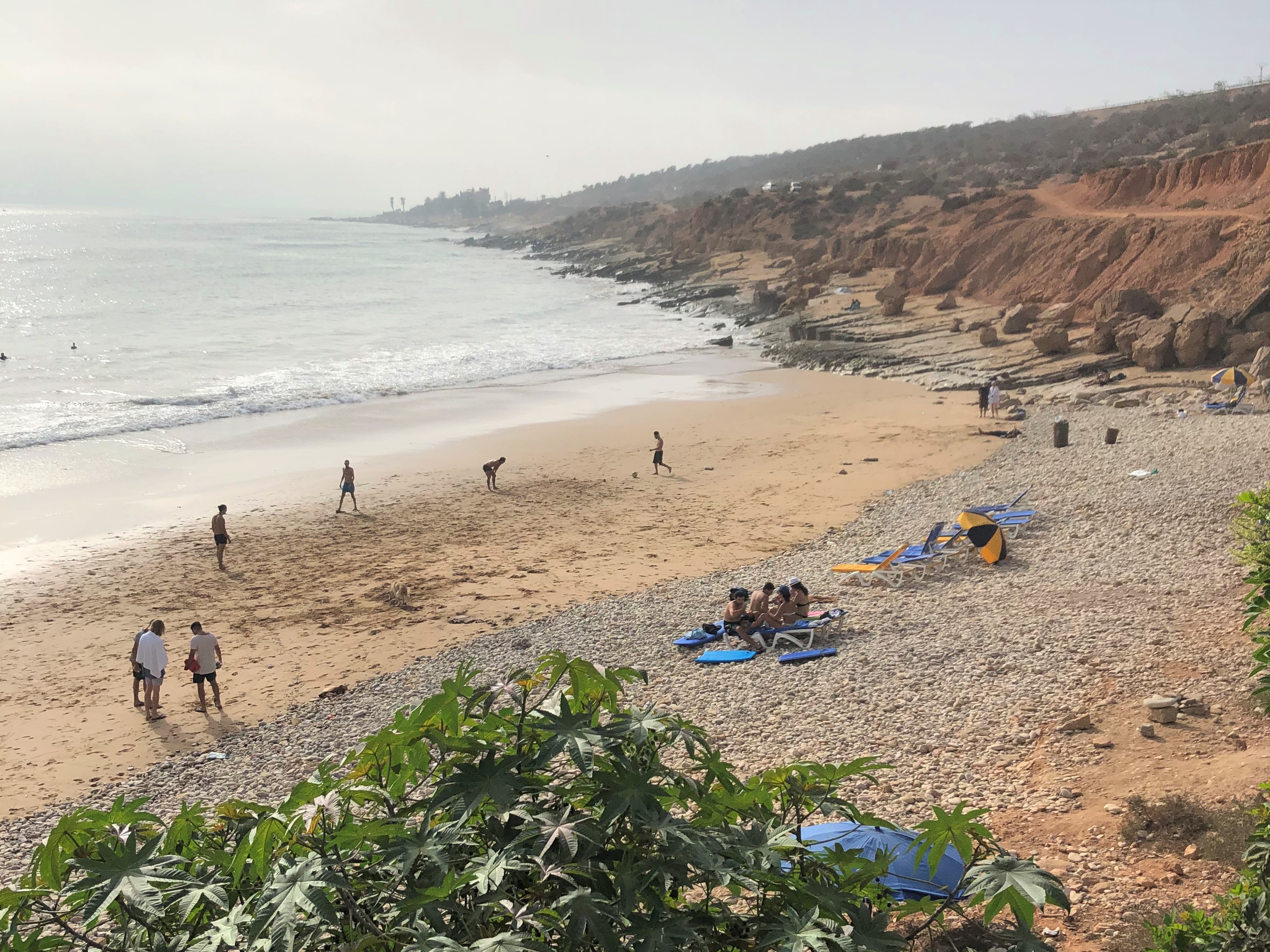 The afternoon was just as relaxing, after finding our way to the bus stop and taking the 33 bus to Taghazout, we stopped at a little restaurant right on the shoreline for a light snack. From there we found a short yet daring path along the breaking waves that took us to a little beach. We spent well into late afternoon playing in the waves and laying in the sun. On the same shoreline we discovered a small hostel that had a rooftop/patio style bar-restaurant where watched the sun go down. 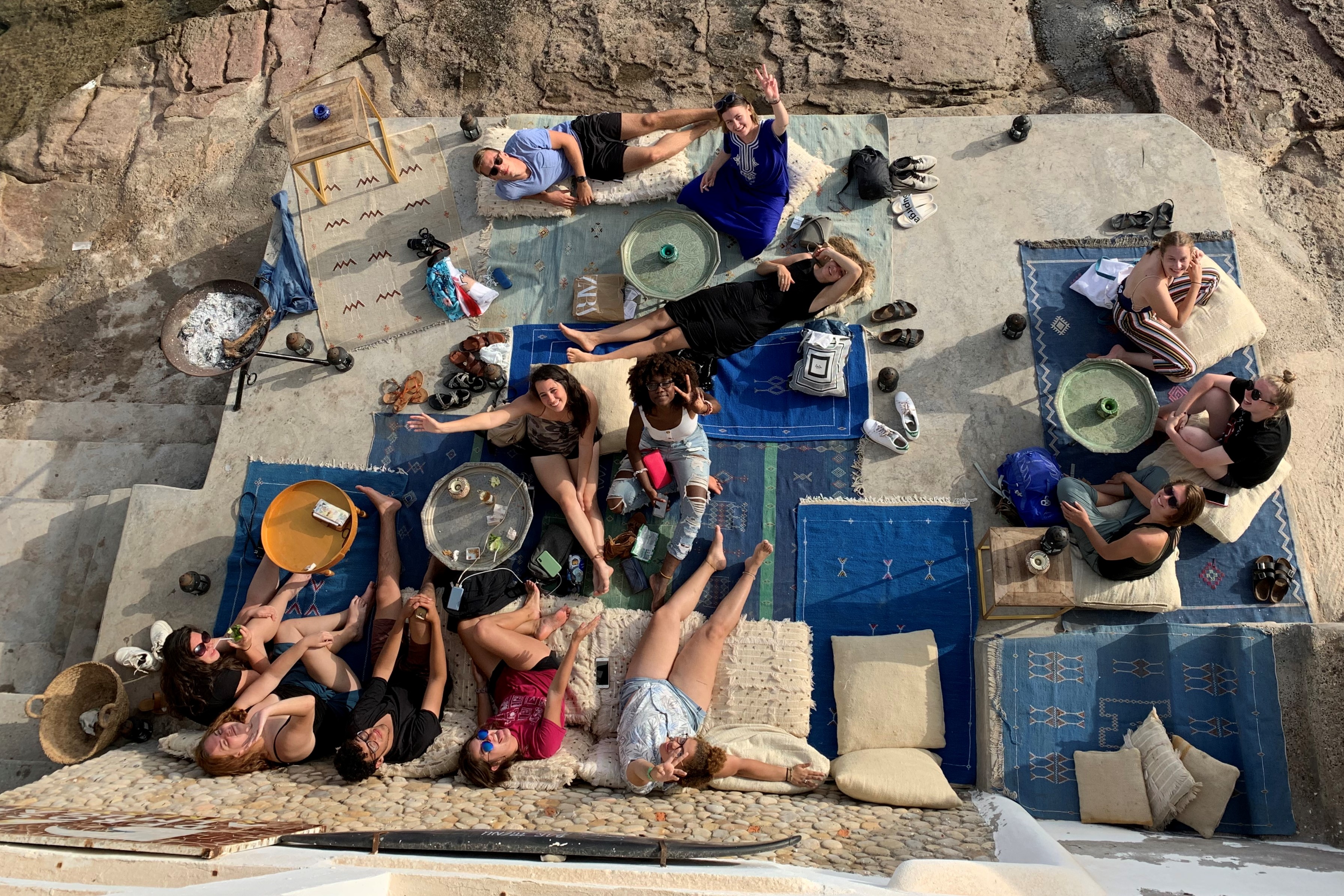 The rest of the evening consisted of finding the best beachside restaurant to get some good seafood and take in the energy of the city. We settled on a great place on the boardwalk that had live music, great atmosphere, and a delicious shrimp and mussel pasta dish. But the walk back from the restaurant was even more lively. Various clubs and restaurants lit up the entire street.

A comfortable rest in our aparthotel left us with just enough energy to wake up refreshed the next morning and head an hour out of town to Paradise Valley. Once there, our van driver lead us on a brief but rigid hike to the most beautiful oasis I’ve seen in Morocco thus far. We spent the morning swimming in the lake and the afternoon napping in hammocks at a nearby restaurant while we waited to eat.

From there our driver took us directly to the airport for only 200dh more and we sat around the airport while the sun went down reminiscing on the weekend, not quite ready for class to begin again on Monday. 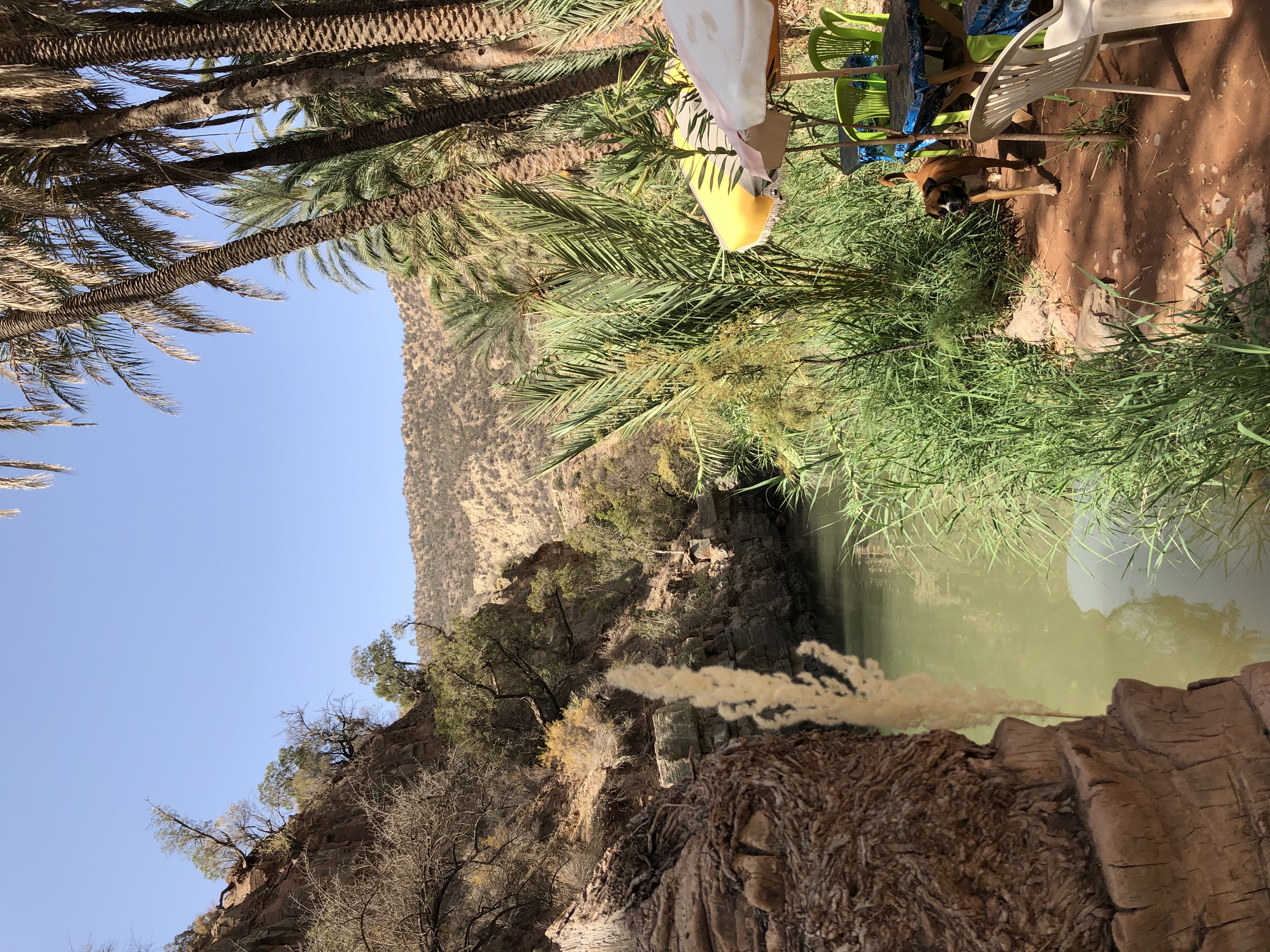 Blog Study Abroad in California: Weekends in L.A. This semester I am studying abroad in Pitzer College, one of the 5 undergraduate Claremont Colleges. The town I live in is situated very close to L.A. and the so called “City of Angels” has been my every-weekend-escape-plan.