This week’s blog post comes from ISEP student Stephanie V, a literature major from Roanoke College spending the academic year at the Universidad de Murcia in Spain. Stephanie recounts her day at the Plaza del Toros and how she participated in an authentic element of Spanish culture: bullfighting!

Today was a learning experience to say the least. I saw my first, and most likely, last Spanish bullfight. Before the desire strikes to shut the computer and refuse to read any more, hear me out. Although bullfighting can be a controversial sport, there is an inherent richness of Spanish culture in the tradition. Many places in Spain have outlawed bullfighting due a growing distaste for the sport, but here in Murcia there is a strong fan base for the “corrido de toros.”

The stadium was packed with people toting their coolers of “Estrella Levante,” the local beer, and trying to combat the sun and sweat with paper fans. My fan served a dual purpose: my only defense against the glaring sun and an eye-covering when the bull fighters delivered their final blows. Once the man with red cape stepped into the arena I knew that the bull’s dance was over. What struck me the most was the idea that this charade was called a “bull fight.” But how can the bull and the man assume egalitarian positions in such an uneven fight? It seemed like less of a fight than it did a prolonged execution for public display. 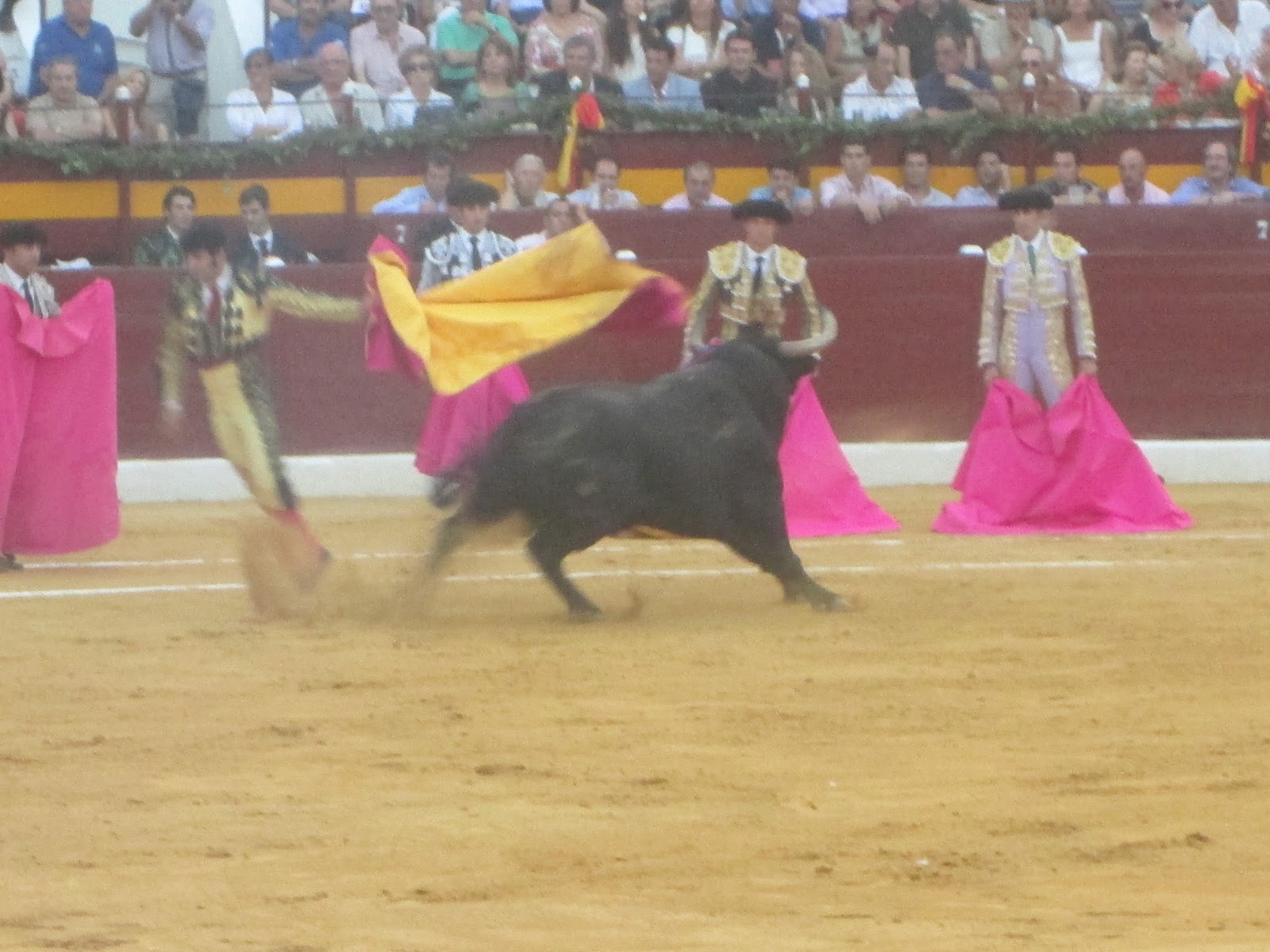 However many misgivings I had during the show, the energy inside the arena was electric. I found myself cringing and whooping along with the sounds of the crowd. I grabbed a tissue from my purse and waved it in the air to commend a bullfighter’s job well done and I tried to whistle, very unsuccessfully, when the man to my left jabbed his elbow into my leg. The people who sat around us were absolutely fantastic. They were a wealth of knowledge into how to experience the bullfight like a true believer. They shared their food and their champagne and prodded us to stand, sit, and holler when the occasion called for it. 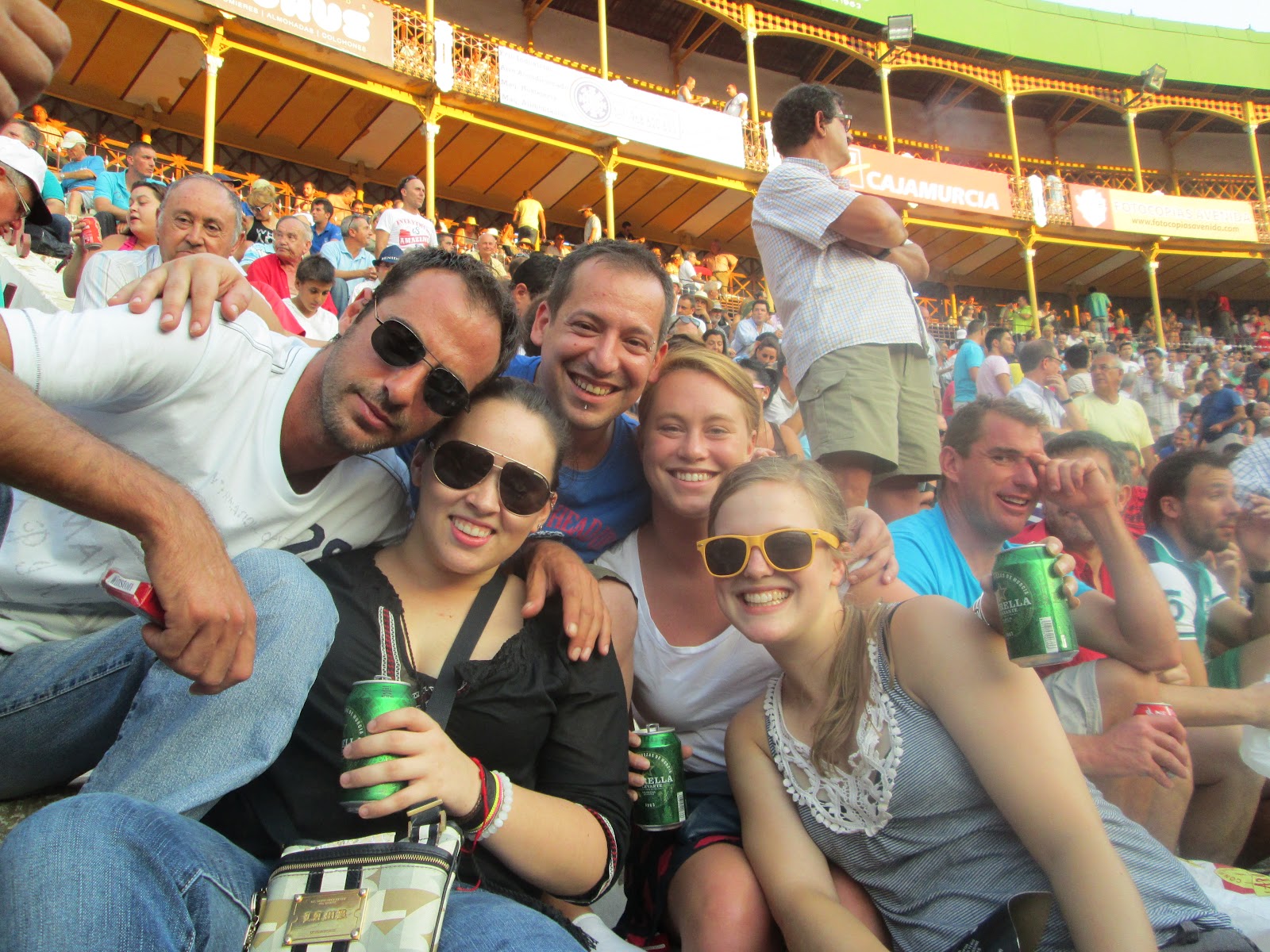 The lesson of the day is this: don’t be afraid to try new things based upon preconceived notions, whether they be good or bad. Even if you disagree with the idea of for example, a bullfight, truly immerse yourself in the experience and understand the cultural significance from the inside out. Don’t be afraid to chat with the guy sitting next to you because you’re scared to talk to strangers. Just try to remember: it’s not better or worse, it’s just different. Even when someone passes down a plate of seafood jello at dinner and tells you it’s a local specialty. Try it!

Be patient, be kind, be open.

Blog MOOCs: An International Experience... at Home Here at ISEP, we're all about access and giving students like you (that's right, YOU) the opportunity to study abroad, stretch your boundaries, grow as a person, and well