Do you want to know what studying abroad is really like? What if you could hear stories from abroad, straight from the mouths (or keyboards) of current ISEP students? Here we’ve gathered blogs of students who can tell you all about how their semester abroad is going. Follow Jonah to Finland, as he studies Journalism and treks to see the Northern Lights. Or hear from Madeleine and Jesse, as they take on Southeast Asia. Wherever your interests lie, you can get a peek into what your experience could be like when you study abroad.

Jonah in Finland — The Finn Journalist

Jonah is a Communication major at Truman State University. He’s studying at University of Helsinki in Finland.

“I’ve said it many times here on my blog — I really didn’t know much about Finland before I came here to study abroad. Like most Americans, I was aware of its existence…and that’s about it. From my experience here, I’ve not only found out that Finland is an awesome place to live and study, but also that Finland and its people have affected people’s lives substantially around the world, including in the United States. Without further ado, here are the top five things that you may or may not have known have Finnish origins.” Read “Top 5 Everyday Things with Finnish Origins“

Amanda in the U.K. — Amanda Abroad

Amanda is a history major at Laurentian University in Canada. She’s studying abroad at University of Plymouth in the U.K.

“As I was finishing up one day at Burrator, chilled, waiting for the bus to come alongside the dam and pick us up and wishing for a nice cup of hot chocolate once we arrived home again, I checked my email. It seems like an odd thing to do, but I needed to keep my mind off the coldness in my hands, the wind sneaking into my sweater and freezing me. I saw a really odd email, but recognized what it was within an instant: I had been picked to attend the audience taping of Would I Lie To You?, a British comedy panel show, and one of my favourites too. It may have just been the coldness, but I starting jumping in place from absolute joy. Read London, and the Chance of a Lifetime

Madeleine, a New Media major, and Jesse, an Environmental Science major, are both students at University of North Carolina, Asheville. They’re studying abroad at Universiti Pendidikan Sultan Idris in Malaysia.

“Of course, the most memorable part of the trip was Jesse’s birthday when we went on an all day snorkeling trip. We were taken out on another long boat, similar to the ferry, and explored 5 different spots throughout both islands. First, we went to “turtle point” where we saw two huge sea turtles. One broke the surface to say hello to the snorkelers. The other skimmed the bottom, but was still only about 15 feet away and with the water so clear they seemed much closer.” Read about Madeleine and Jesse’s trip to the Perhentian Islands 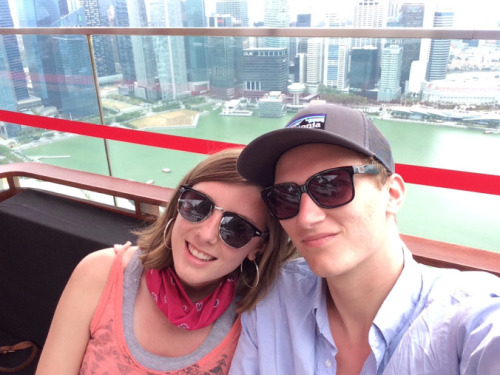 Madeleine and Jesse on their study abroad at Universiti Pendidikan Sultan Idris in Malaysia.

Leland is a Psychology major at University of Montana. He’s studying at BINUS University in Indonesia for a semester.

“The intoxication of the city has worn off, and I have once again entered a new phase — probably one worth spending some time with. I have described to you all the sensory half of living in one of the craziest cities in the world, but there comes a point when you are so accustom to your own surroundings, that room is made for new interpersonal processes.” Read The Real Beginning

Laura in the U.K. — A Flicker of An Eye

Laura is an English major at East Tennessee State University. She’s spending a semester at the University of Plymouth in the U.K.

“Such an incredibly beautiful place with a lot of variety. I’m not counting on seeing it again, but I’d love to if I can. Tomorrow (Thursday), I’m off with my friends Julie, Sarah, and Se to travel Europe! We will take two weeks to see Paris, Barcelona, Madrid, and finally Valencia, where we will stay with some Spanish exchange students we met in Plymouth, who have so graciously offered to house us. I’m so excited especially to be in Spain for Holy Week! I minor in Spanish at home, and I’m the only one in our group who can speak it much, so we’ll see! Can’t wait to experience the culture first-hand.” Read about Laura’s trips in Europe 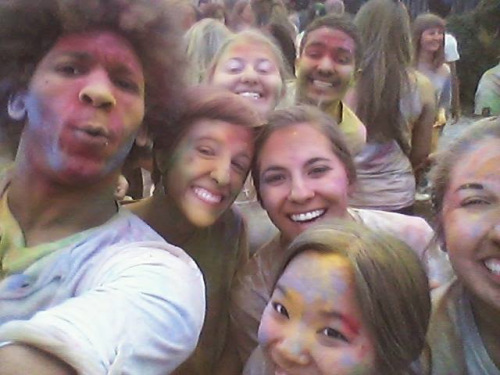 Naja is a Sociology major at Loyola University New Orleans. She’s spending a semester at University of Botswana in Botswana.

“My trip to Cape Town was one chalked full of amazing adventures, pushing the limits, and self realization. I got the opportunity to do so many amazing things and see so much of this beautiful city! I am forever grateful and blessed to have met such great traveling partners. Special shout out to Claire who found us an amazing hostel with an absolute perfect location and creating a list of super fun and interesting activities for us to choose from so that there was never a dull moment. Tuesday I checked another amazing experience off of my bucket list: SURFING.” Read about Naja’s trip to Cape Town

Thu in Japan — Chasing Thu Dreams at a Time

Thu is a Software Systems and International Relations major at University of Tennessee, Chattanooga. She’s studying at Chukyo University in Japan.

“The shop reminds me so much of a place in Chattanooga (check out Mean Mugs if you can), so it always nice to find a little piece of your town in another country, and it is even better when both the service and coffee is amazing! I came here a bit late, but before 12:00PM there is such a thing as ‘service’, which means you order a drink and a set comes along with it for free. Not a bad deal and all! The best part is your drink could cost as as little as 400 yen (a little under 4USD)! I think I could get used to this way of living.” Read Coffee Searching and DIY Cold Brew 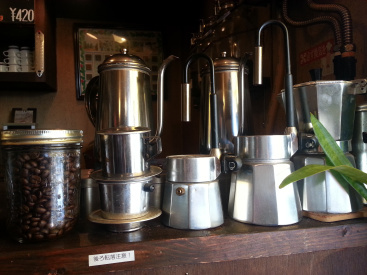 Thu finds a coffee shop that reminds her of home.

Lavinia in the U.S. — Of Ice and Fire VM

Lavinia is an International Relations major at Università degli Studi di Trieste in Italy. She is currently studying at the University of Vermont.

“On Sunday evening my friends told me to go to my room, so I knew they were up to something for my birthday . At midnight they started to send greetings and a very nice video where all of them made me the best wishes and said nice things about me. Then I started getting hugs and gifts . It was moving to hear so much affection from people who know me from so little . The links that we have formed are very strong, and I am very grateful for making me feel the focus of the day of my birthday, as it is in Italy.” This post was originally written by Lavinia in Italian and has been translated. Read about Lavinia’s birthday as an Italian in the US 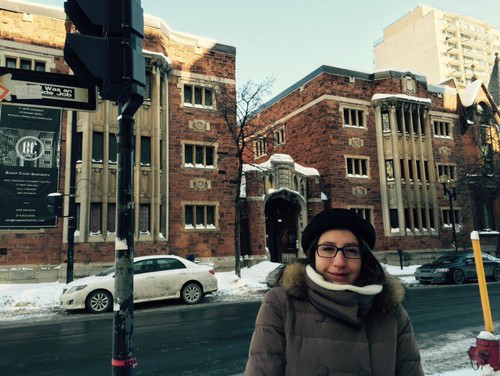 Lavinia is spending a semester in the U.S. at University of Vermont.

Love these blogs so much that you might want want make one of your own? Make sure you read “How to Write a Study Abroad Blog: 5 Tips for Success.” You can also use our writing prompts to start the brainstorming session.

If you already have a study abroad blog and want to share it with ISEP, submit your blog here.

Blog 6 Things To Expect When You Study in Japan Curious about what Japan has to offer? We pulled some excerpts from two ISEP student blogs to give you a better idea. Here is what Thu and Sarah say to expect while on your study abroad in Japan.