ISEP student Renee, a Spanish major from the University of North Texas, spent a whole year in Costa Rica at Universidad Nacional. Staying with a host family and taking classes in Spanish not only helped her improve her Spanish — but it also helped her discover that speaking like locals isn’t quite like the textbooks she’s used to. Here she gives her take on tico (Costa Rican) Spanish.

What is “Textbook” Spanish?

When people told me we don’t learn “real life” Spanish in school, I never really understood what they meant until I started studying in Costa Rica. Most U.S. students tend to be taught the European version of Spanish in schools, but what I have witnessed, is that most are actually more interested in the Mexican/Latin American kind. Living in the Americas, it would probably make more sense that we start learning slang and idioms from Latin America, but often they are not built into our curriculums. That is why studying abroad in Mexico, Central America or South America, can really broaden your horizons and Spanish vocabulary - making you more likely to be considered fluent in the eyes of any Latin American counterpart.

So the question is - what do we learn?

All I know is that when I told someone from Mexico I like torta (textbook: cake), he asked me what was so special about a sandwich? Then, when my mamá tica put tortas in front of me, I was surprised to see neither cake nor a sandwich, but rather meat patties. Torta in other Latin American countries also has completely other connotations, some good, and some bad!

Ready for another one? There are eleven different words for “drinking straw” in Spanish! 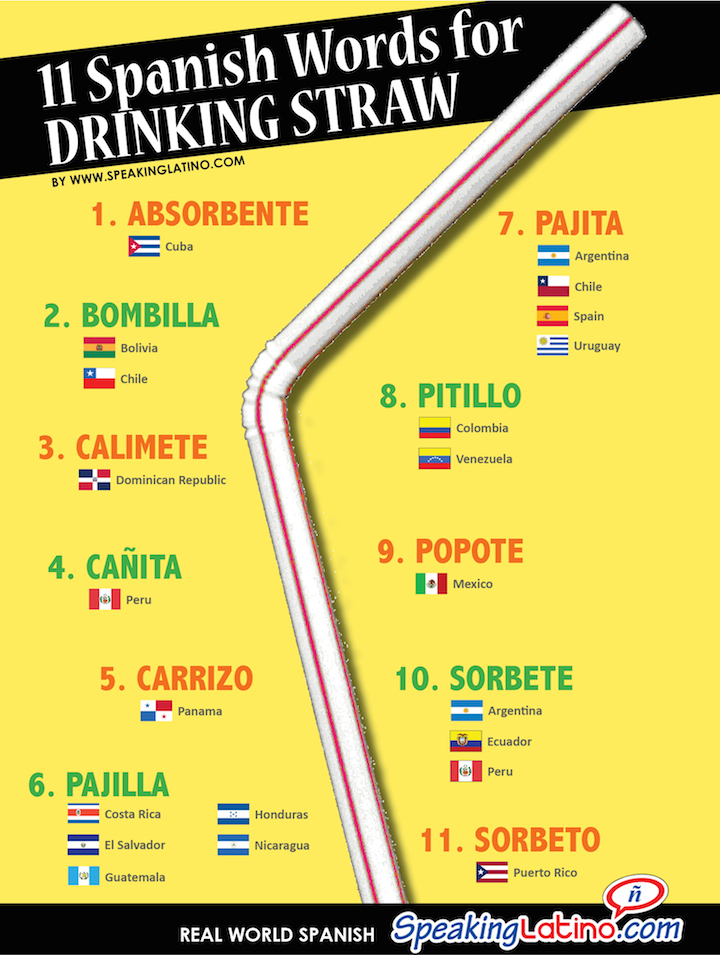 Ask a tico, (also a slang term for Costa Rican) for a popote and they’ll think you’re one confused foreigner making up words. Although I don’t personally have experience with it, I imagine a Mexican would have the same reaction if you asked for a pajilla. 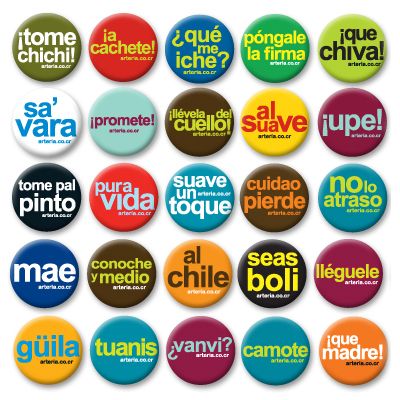 In Costa Rica, the word, pachuco, means street slang. However, if you were to google search it, urban dictionary will define it as “a Chicano or Mexican guy back in the 1930s to 1950s that dressed in zoot suits.” That my friends is not accurate in present-day Costa Rica.

The important thing to know, if you choose to study in Costa Rica, is that street slang, or pachuco, is so integrated into the culture that with nearly every new word I learn in conversation, I have to ask if it’s a palabra tica or not. And a lot of the time, people have to think about it for a second to be sure. So even for those who speak Spanish, tico Spanish takes some getting used to.

Mae, here’s how to really integrate in Costa Rica 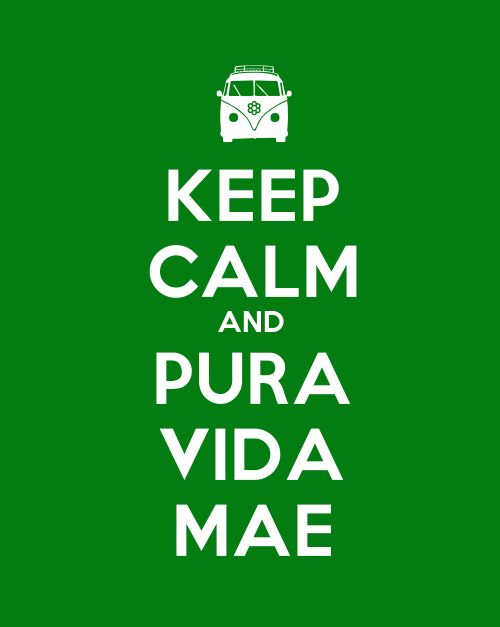 The more you speak to locals, the more integrated and aware you will be that everyone speaks in slang. As frustrating as it might be at first, you start realizing that every country uses slang, and it is an integral part of every culture. I’ve started picking up slang a lot more this semester, both because I understand Spanish better and because I have more tico friends. When two guys my age talk to each other, they don’t speak Spanish. They speak what I like to call “Mae,” as that’s the most common word. Mae is like dude or bro, but used a lot more commonly than the two combined.

“Mae, I went to the store yesterday, mae, and this mae kept looking at me like he knew me, but mae, I’ve never seen him before in my life. Mae, I don’t know…”

I never really listen to conversations between my host brother and his friends. It’s too much effort to keep up with all the slang and weird phrasings. I kind of just sit back and count the “maes.”

One of my mamá tica’s favorite things to do when guests are over is to demonstrate my tico vocabulary.

Actually, any tico laughs and thinks it’s cute when the gringa throws a slang word into a conversation or discussion. I’ve found it’s a good way to break the ice when people aren’t sure how to talk to the foreigner.

No matter where I go or how good my Spanish becomes, I’ll always have a little tico in my Spanish.

Want to learn Tico Spanish before you go abroad? Here are some great articles: