Adventures During My First Month in Italy

Hello all! Ciao from Italy. I have been here almost a month now, and what an interesting time it has been so far. I was stranded briefly in Germany before I arrived in Italy, spent my first four days in Milan tracking down my lost luggage (I found it, no worries), and while there have been various other hiccups (don’t underestimate the power of the language barrier) it has mostly been an incredible rewarding experience thus far. So now I am in the city, safe, happy and very well fed due to my newfound access to good pizza and great wine.

I’ve done a number of really interesting things since I’ve arrived. Check them out below!

The first excursion I made into Milan was to visit the Duomo - a gigantic, beautiful cathedral in the city center of the city - to feed the pigeons! 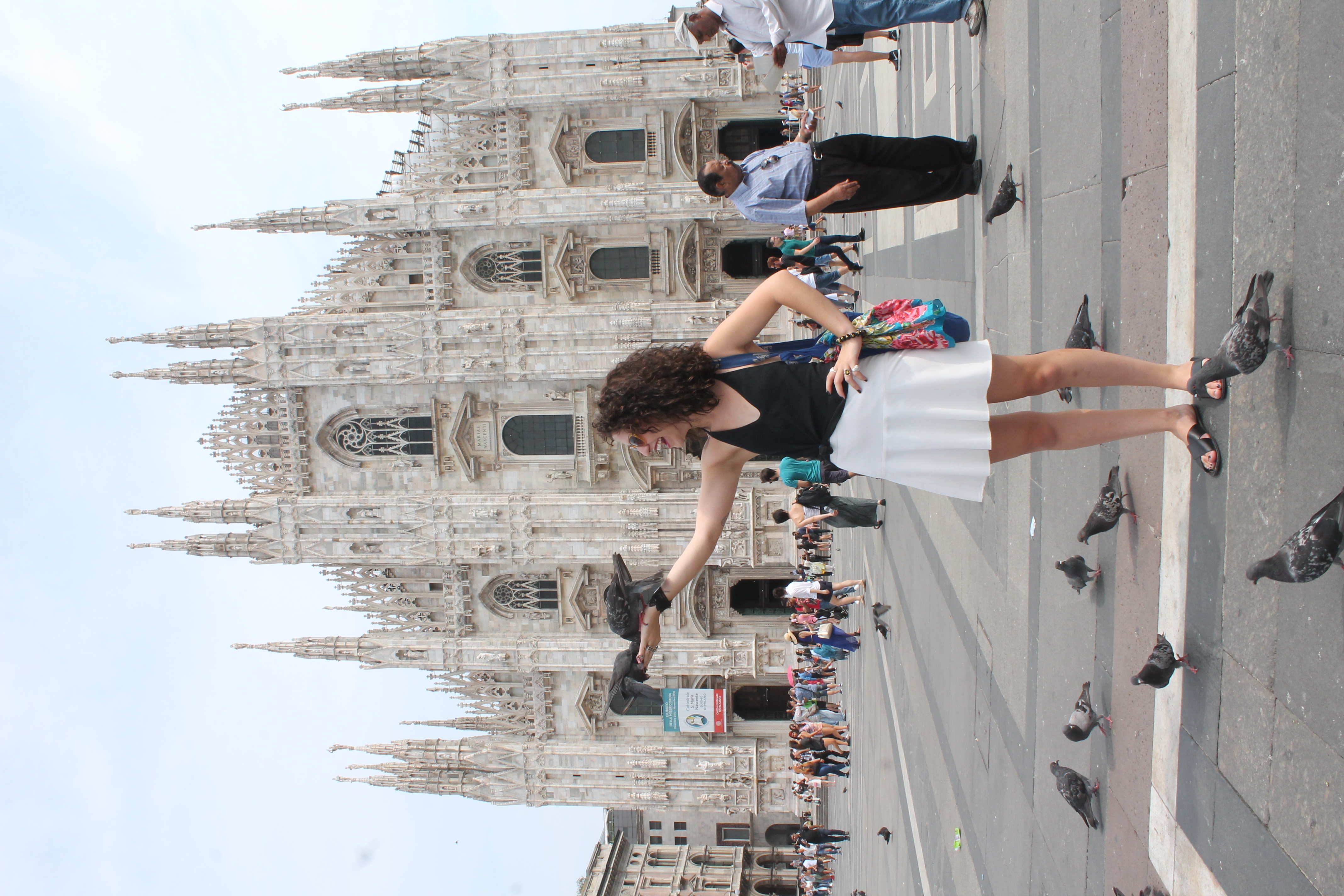 I went alone; this was my first solo adventure here before I had really made friends and was just exploring on my own. The duomo square is huge, and in it one will find lots of people peddling sunglasses, fake Gucci bags and selfie sticks. Some of those people also try to get tourists to pose for pictures with the pigeons and have their picture taken. Well, they got me. I spent €10 on two printed photos, ten or so digital copies, and fifteen minutes worth of pigeon feeding frenzy - so worth it.

The duomo is a Gothic cathedral that took almost 600 years to complete. The architects that worked on it include Leonardo da Vinci himself. As an art lover I’ve been so thrilled to be able to take a short train anywhere in the city, and see the creations of people I’ve been learning and reading about for years. That church is older than the country I’m from, and recognizing that seems to force some really interesting perspective on my experiences here. 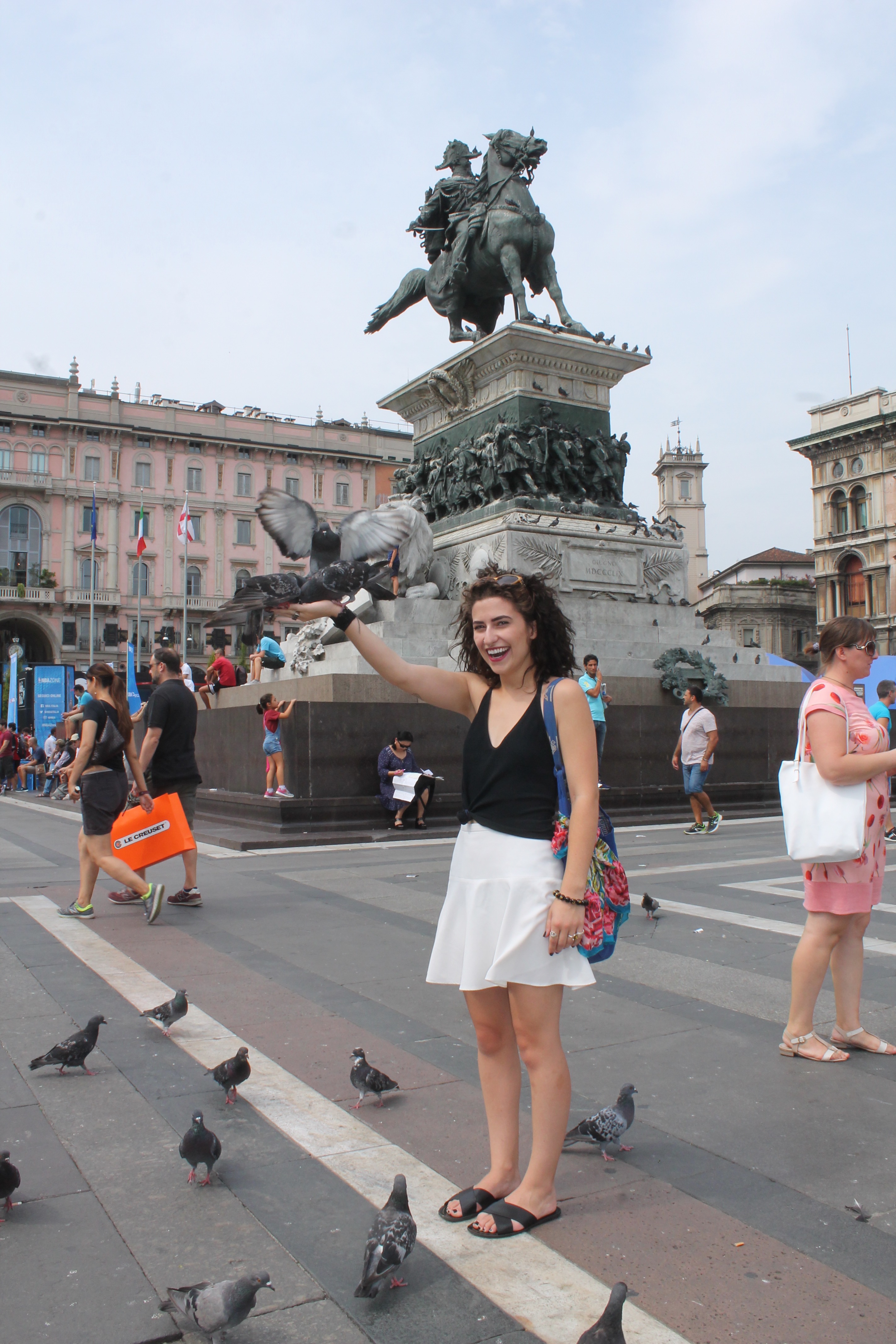 This photo is me with pigeons in front of a monument to King Victor Emmanuel II, king of Italy from 1861 until his death in 1878. He was the first ruler of a united Italy since the sixth century. I am including this little fun fact because when I googled him to learn about the statue, I was surprised to see he has the single most impressive moustache I’ve ever witnessed - truly incredible. I’m still in awe. 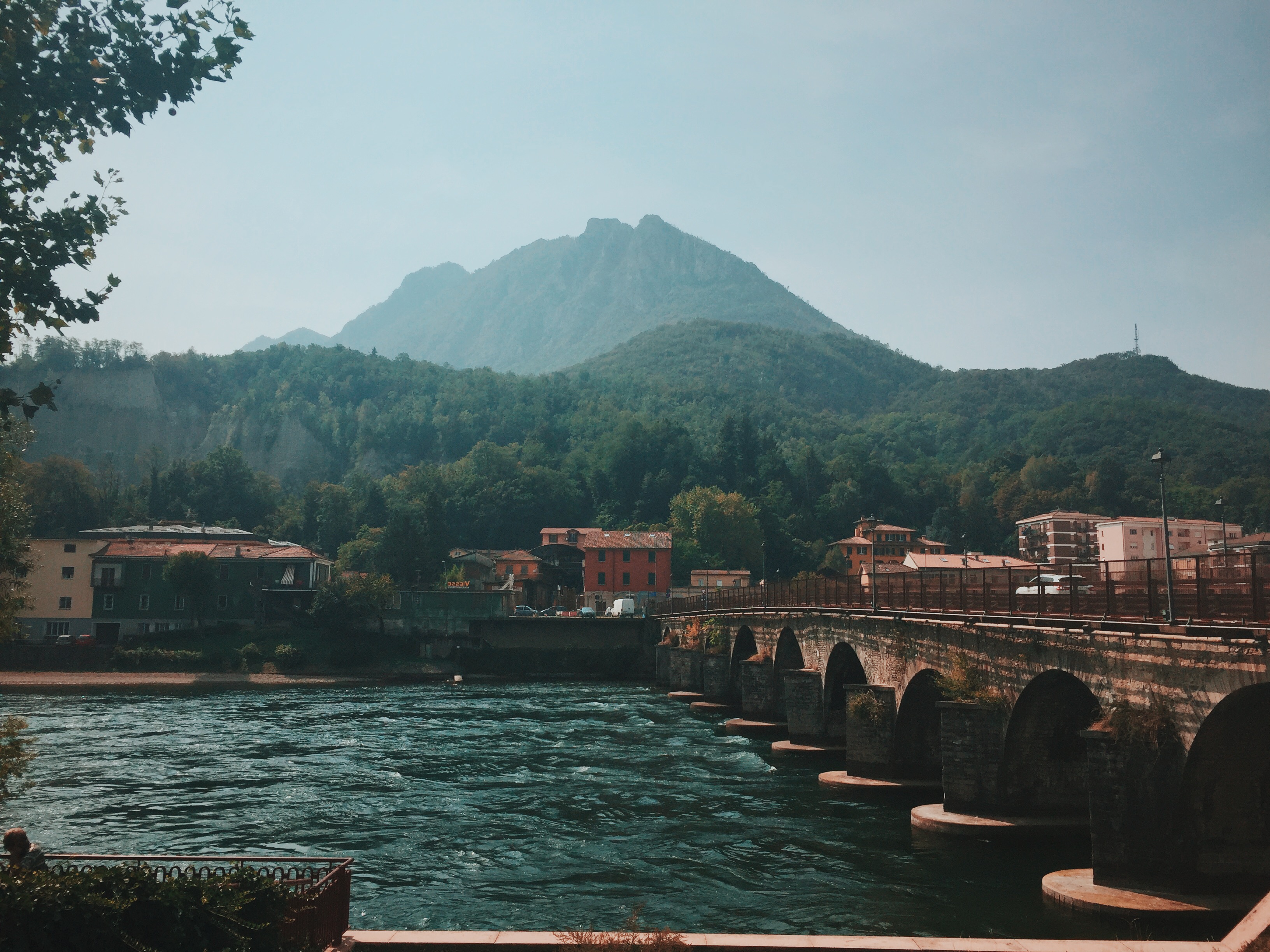 The first trip I took while in Italy was to Lake Como with my roommate and some friends. We had a lovely day and took a boat tour of the lake. I suggest skipping this you don’t speak Italian; it was beautiful, but we had no idea what the man was saying. We also took a ferry from Lecco to the city of Como.

We had a fairly lazy day, just wandering around and checking out the little lakeside towns - keeping an eye out for George Clooney the whole time: no luck spotting him or his very cool wife. All the houses and buildings along the lake were incredibly beautiful. It was a great place for a day trip, and if you spend time in Milan or Turin I would say it is definitely worth the trip. 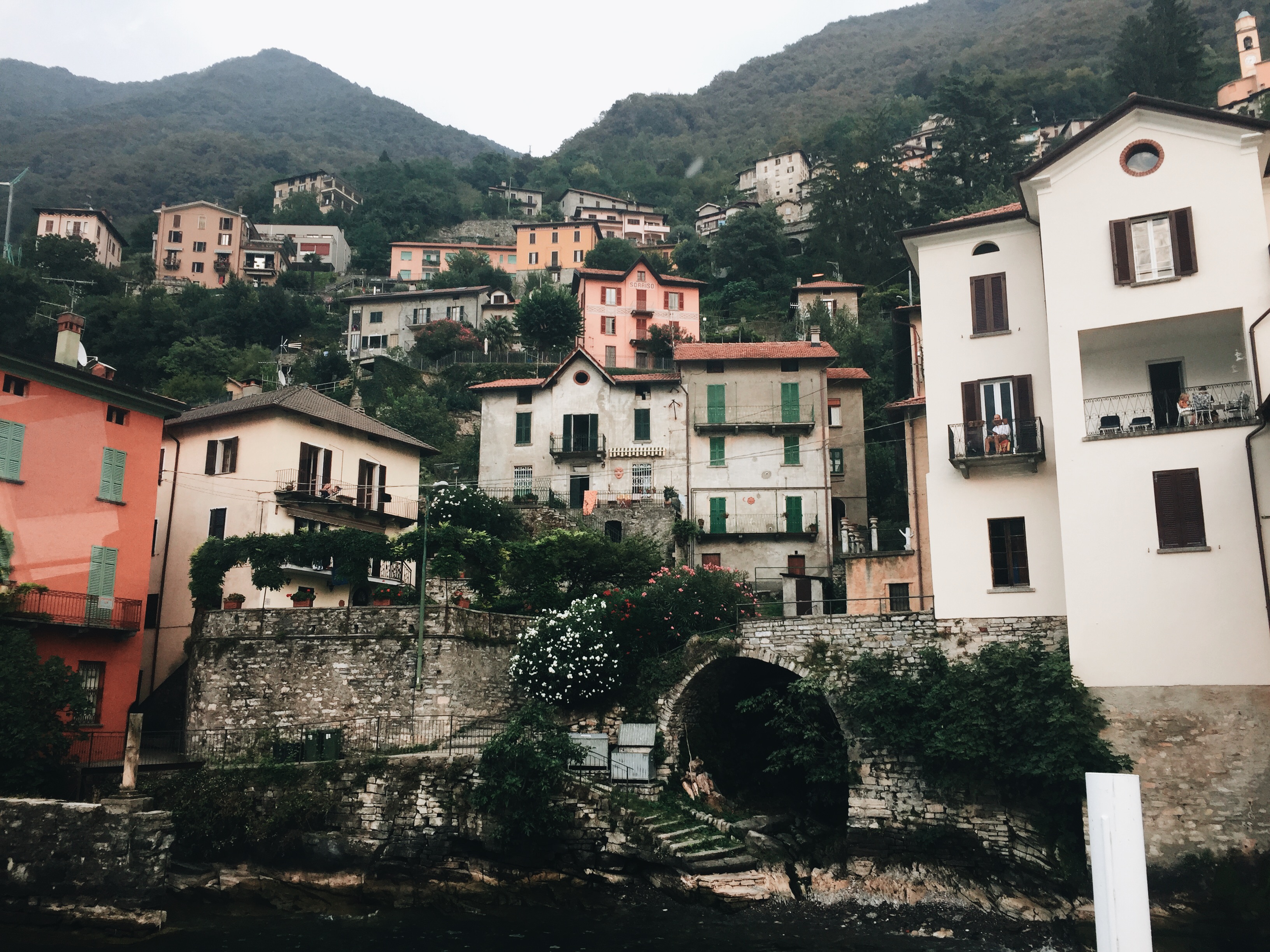 While in the town of Bellagio I talked to a sweet lady named Magda who runs a pottery shop. She made beautiful pottery, and had a very sweet pug dog who sat outside the shop and drew in visitors.

Earlier this month I spent a day with my friend Louisa riding bikes through Sempione Park and visiting the Trienalle Art Museum in Milano. 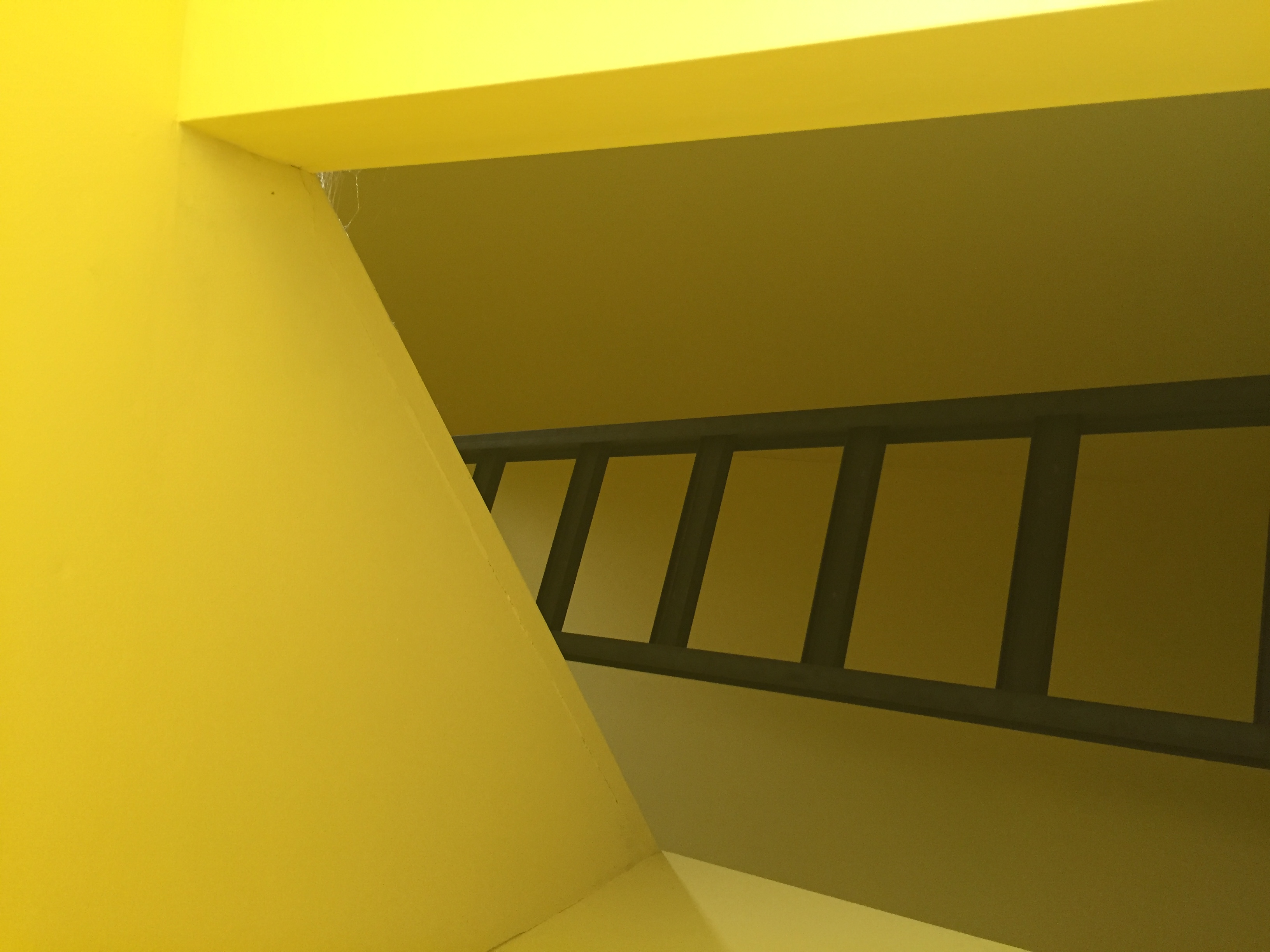 The art museum was between exhibits with only a few things in the building, but it was free to go in and look around the garden which has many very interesting sculptures in it. 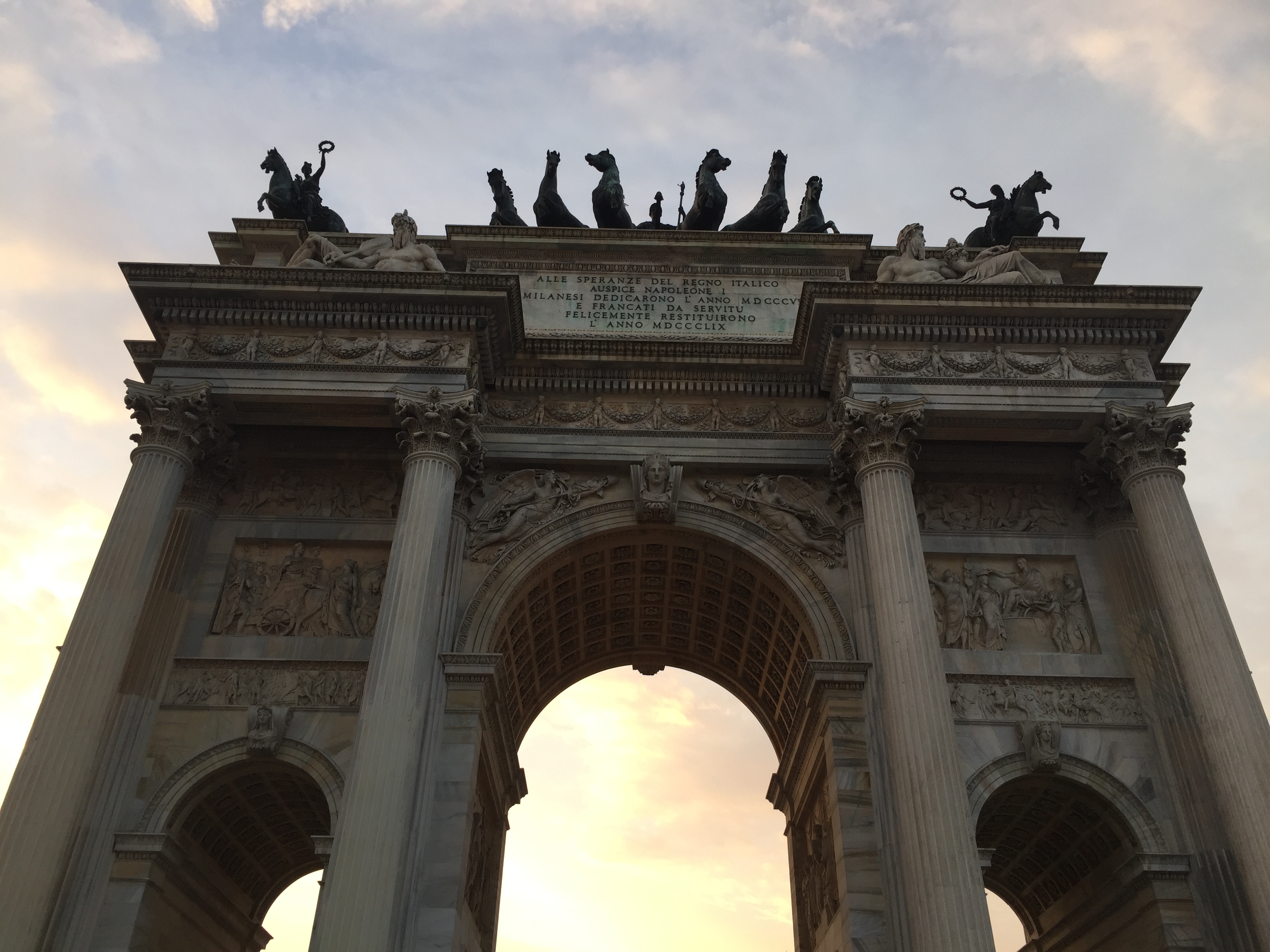 The park is one of my favorite places to be in Milan; it’s very big and beautiful. I am a big fan of birdwatching and while I was there I got to see lots of water birds in the ponds they have in the park. I even saw a new bird! It’s really a lovely place; anyone visiting Milan should give it a visit. Right at the entrance to the park is a large arch, a monument to Napoleon. When I was there it was sunset, which illuminated the arch beautifully.

Blog Reflecting on My Journey to the United Kingdom During the course of the first 20 years of my life, I developed a sense of security and comfort living within the familiarity of my home country. At some point in adolescence it dawned on me that there was so much more in the world to see than what I was accustomed to.