Jack is an ISEP Voices blogger. He is a journalism major from University of Sunderland, and is currently studying abroad at University of Texas at El Paso in the United States.

When I first considered studying abroad, I set my sights on New York, California, and anywhere warm or that I considered to be a ‘cool’ place to study abroad.

I applied to study in San Diego, Austin, El Paso and New Orleans. I was placed in El Paso. At first I was apprehensive given the borderland’s reputation in the news and Hollywood movies, but I was to quickly learn that media representations of the U.S. and Mexico border are well wide of the mark.

My teacher at UTEP summed El Paso up perfectly: “It’s not automatically cool like some places in the U.S., but has its own distinct vibe.” After being here for a month I realized she was right.

Here are five reasons you should apply to the University of Texas at El Paso: 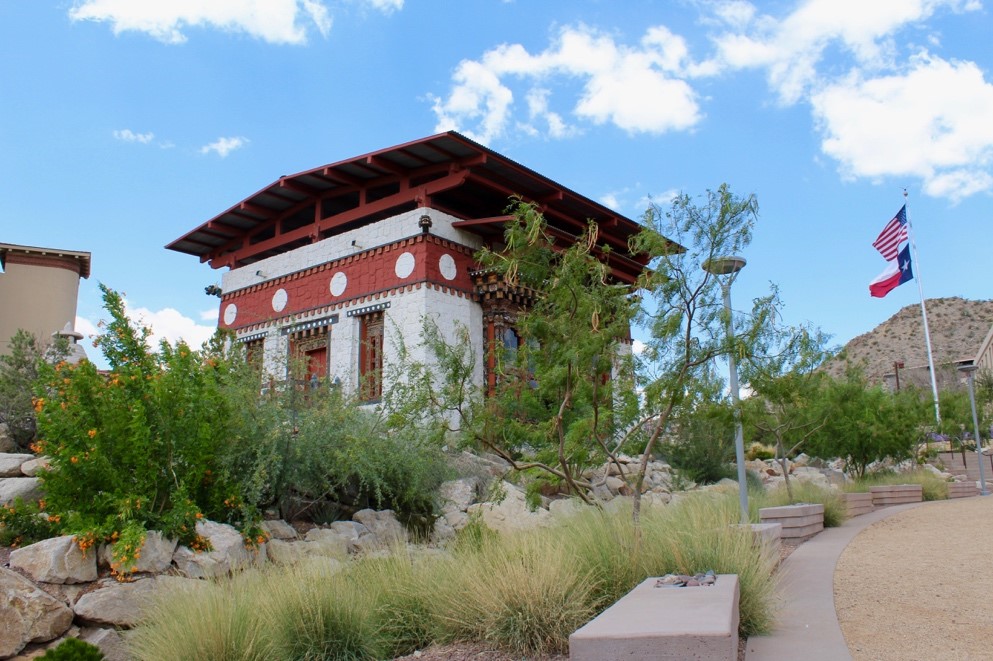 The campus is unique, with its distinct and striking Bhutanese style architecture. From UTEP, you can see across the border into Mexico. This is both breathtaking and mind boggling at the same time because the differences between the two countries are so apparent. 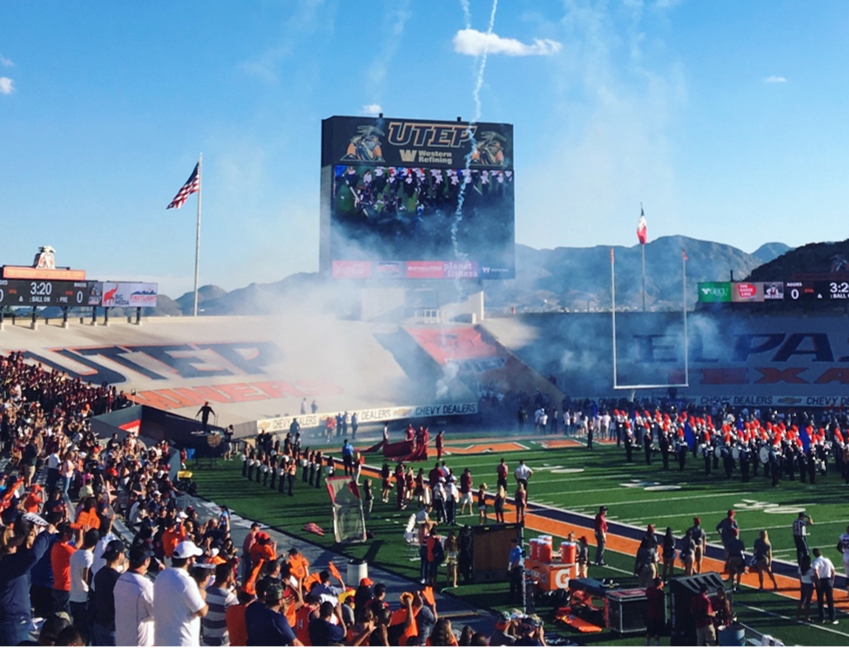 If you are bored at UTEP, you aren’t looking hard enough for something to do. Be sure to hit a UTEP football game as these are a real taste of American college life. The whole city gets behind the team and the tailgate is great fun.

There is always something happening on campus from extreme Frisbee, movies on the lawn, the free recreation center which has tons of activities like beach volleyball, rock climbing, basket ball, soccer and more! 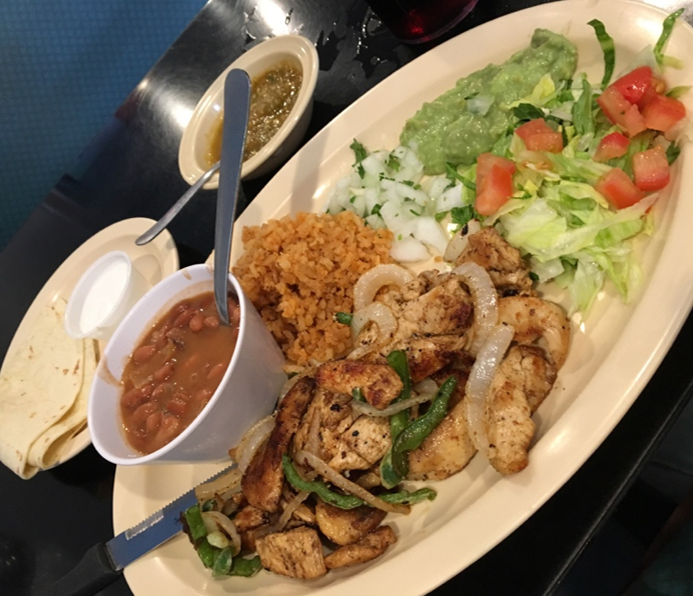 El Paso has it all, but the stand out cuisine is of course, Mexican and Tex-Mex. Aside from the regional delights you can find anything from pizza to Indian to sushi and more. There really is something for everyone.

I can’t forget to mention Texas steaks. One I would recommend is the iconic Cattleman’s Ranch. They have steaks as big as your head.

If you’re thirsty, just hop across the border to Juarez. You will be greeted by a restaurant called the Kentucky Club, which claims to be the birthplace of the margarita.

3. Two countries for the price of one 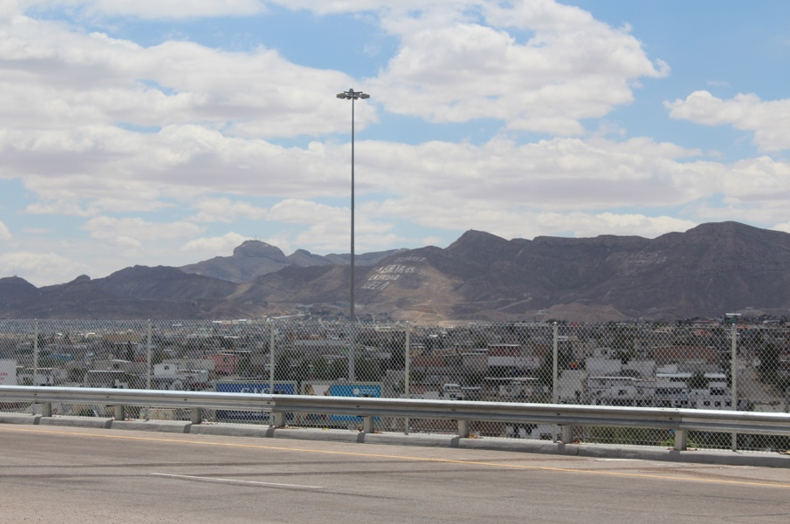 Yes, you are in the U.S., but you are very close to Mexico. You can walk to Mexico in 30 minutes from campus! You can also take an Uber, which will take you 10 minutes. This unique blend of American and Mexican culture makes for an interesting place to live and study. 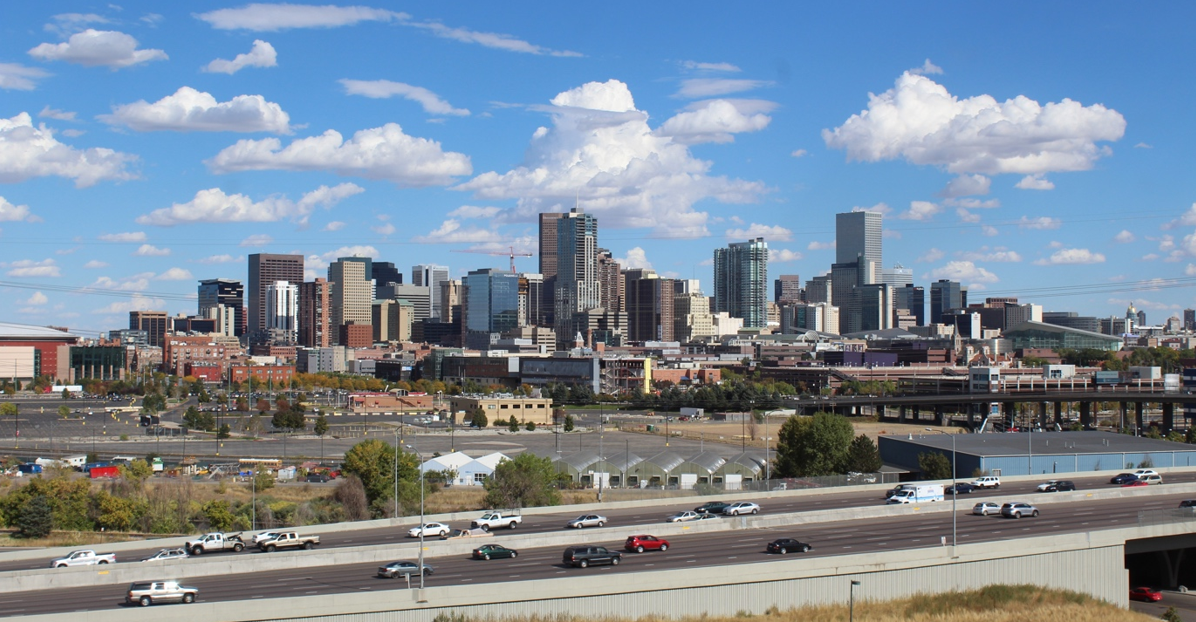 There are so many places to cram into my four and a half month stay. I wish I was here for a year to see more of this great country. I have visited so many great places in the U.S. already, including Denver, Boulder, Albuquerque, Santa Fe, White Sands, Rudioso, and Juarez in Mexico. All of these are places I will never forget.

Being close to Juarez means that there are cheap flights available to Mexico City, so for ten days in November I will be traveling around Mexico visiting Guadalajara and Puerto Vallarta. You aren’t just limited to traveling around the U.S. being in El Paso!

UTEP has opened so many doors for me to develop as a person and develop my professional skills.

Apart from the obvious benefits of working towards your degree abroad, there is so much more to studying abroad than this. I got wind of the BBC coming to El Paso to cover the U.S. Presidential election and contacted them. I helped them put together their show and they let me come along and watch the show.

My professors also chose me to represent the university at a conference in Philadelphia in November, all expenses paid. This will also give me the opportunity to visit New York City and Washington D.C. during my time there. Get involved and say yes to as many opportunities as possible!

Blog How to Explore Amsterdam in a Day ISEP student Nell Weidenhamer from Kent State University studied abroad at Universidad de Murcia in Spain. Here she tells the story of her first trip outside Spain.

Jack is an ISEP Voices blogger. He is a journalism major from University of Sunderland, and is currently studying abroad at University of Texas at El Paso in the United States.