Hello everyone! My name’s Mason, and I’m excited to tell you about the adventures and experiences that you can find in the Land of the Rising Sun - commonly known to others as Japan.

I am here attending Rikkyo University of Ikebukuro in the Tokyo Prefecture. The university was founded in 1874, and old is gold to my mind. Rikkyo is one of the greatest universities in Japan’s educational history. There is a beautiful hall covered with ivy, resembling Oxford University in England, and a church that plays magnificent organ music each day for students to freely come and listen to.

Making friends is not a challenge here at Rikkyo, or anywhere in Japan. People in Japan are always polite and inviting towards foreigners, and eager to hear perspectives of their nation from the eyes of those from afar. Americans, like myself, aren’t an exception.

While at Rikkyo, I am taking many Japanese history lessons. I’m also taking Japanese as another language. I am determined to speak in the local language in a meaningful way with the locals, and especially with those who know no English. Being able to so much as read Japanese (Hiragana, Katakana and Kanji, the characters that make the Japanese alphabet) is a very wonderful feeling.

Additionally, I am currently serving as a writer for a travel magazine called Wanderlust, which is based in Shibuya. I am writing articles for English speaking travelers who want to come to Japan. I am covering enchanting destinations in Japan - some of which I have, or will, see myself. This is serving as my internship for my degree in communications.

Being an American attending a Japanese university is a life of which I have only ever dreamed about while reading Jules Verne adventure novels - concerning characters who have been spirited away by fantastic means to far removed worlds, while gaining impeccable knowledge to return with and share with their own worlds. While my education is vital for me to make the most of my time in Japan, I would like to discuss an adventure or two I have made away from campus into the depths of Japan.

During the autumn break of Rikkyo University, I went with some of my Australian classmates to see an iconic cultural landmark held sacred to the citizens of Japan and the country’s tallest mountain, Mount Fuji. We arrived at the railway station to catch a bus up to the foot of the mountain, where we would then trek on foot. This was the second time I had seen Mount Fuji with my own eyes, and it was not disappointing the second time around. Unfortunately, as soon as the climb became steep, my friends decided to fall back. They didn’t have quite as much hiking experience as me - my dad and I have hiked up Mount Washington in New Hampshire, the most challenging hike on the Appalachian Trail. So I had to continue on my own, if I wanted to get as close to the summit in a day as I could. There was fog thicker than two stone walls all around me for most of the hike. I was beginning to despair in not having anything noteworthy to share from this hike, until the sun began to fight through it. Encouraged, I started running up the side of the trail. It was beautiful up there, looking down at the clouds and the surprising amount of the valley I could spot as well. I started to see the snow line and hurried on my way. As I got nearer, the climb at times came to nearly an extreme, and the wind seemed to pick up. The one thing that made me turn back was that I didn’t come prepared with gloves, and my hands were starting to get numb. I descended Mount Fuji, determined to come back and set foot on the summit. The next day, we all went to a traditional Japanese onsen (hot spring) together. I made my way from one bath to another, soothing my aches from the hike the previous day.

Later the same week, I went on another journey. I caught a flight from Tokyo Narita Airport to Kumamoto, on the island of Kyushu. I had never been there before. I was perhaps the only Westerner on the flight, but the staff knew plenty of English. After arrival in Kumamoto, I found that the weather was very sunny and warm. Kyushu has a subtropical climate, even around November, compared to the neighboring islands. In Kumamoto the main point of interest was Kumamoto Castle, which was somewhat damaged by the earthquake of 2011. It is still no less a structural and cultural landmark of Japan to take in with your own eyes. We were not allowed to step inside, but I had no less a fascination with visiting. 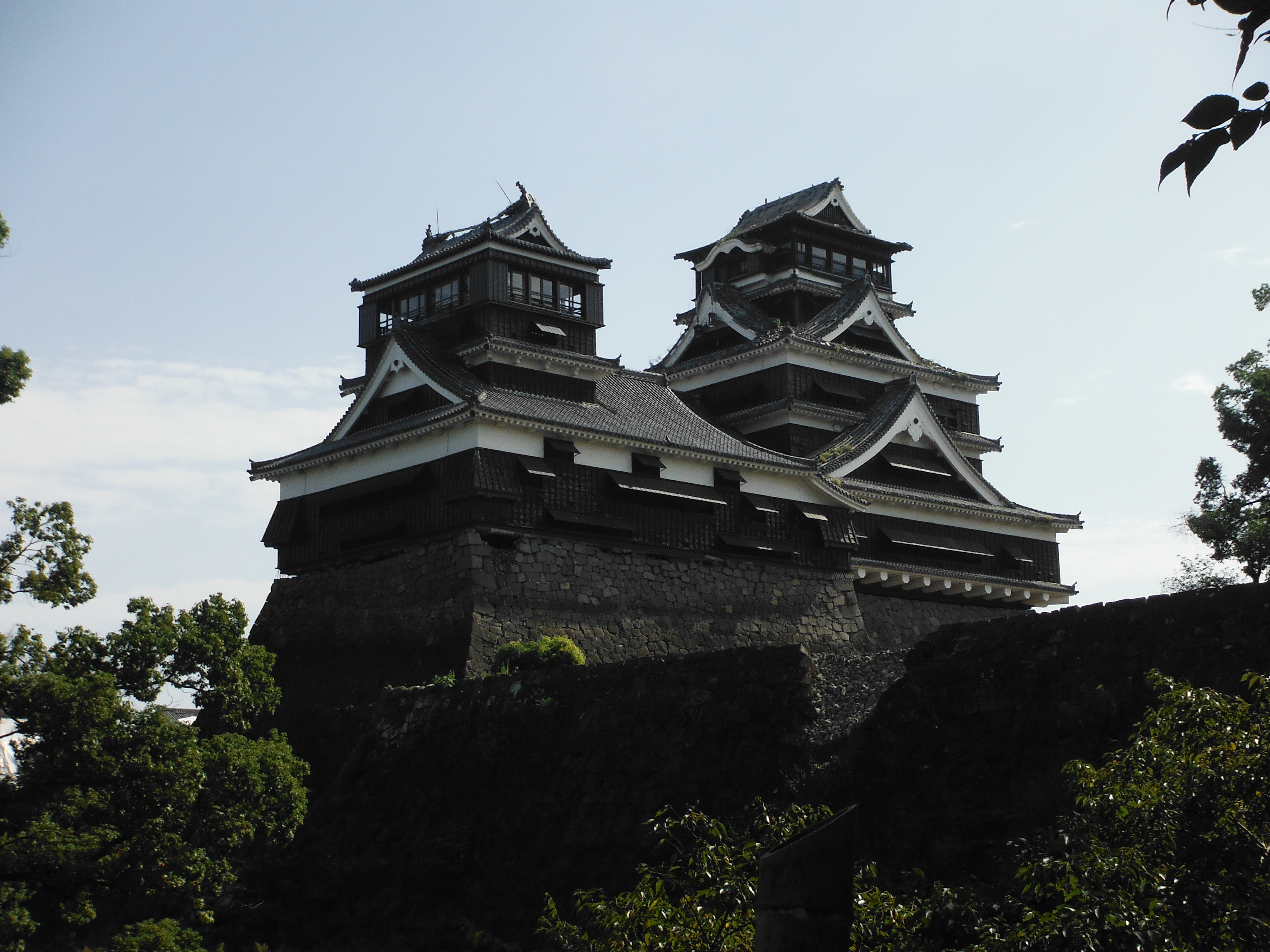 Later, I went to a beautiful Japanese garden that the capital of the Kumamoto prefecture is known for. It has a shrine and temple, and a lake filled with koi fish, eagerly swimming up to you hoping you`ll feed them bread crumbs. This is truly a place where one can feel like time has come to a halt, and all is well with existence - but the best and last portion of my visit to Kumamoto was yet to come. After a pleasant stay at a youth hostel I found in the countryside, I was off to Kumamoto station. 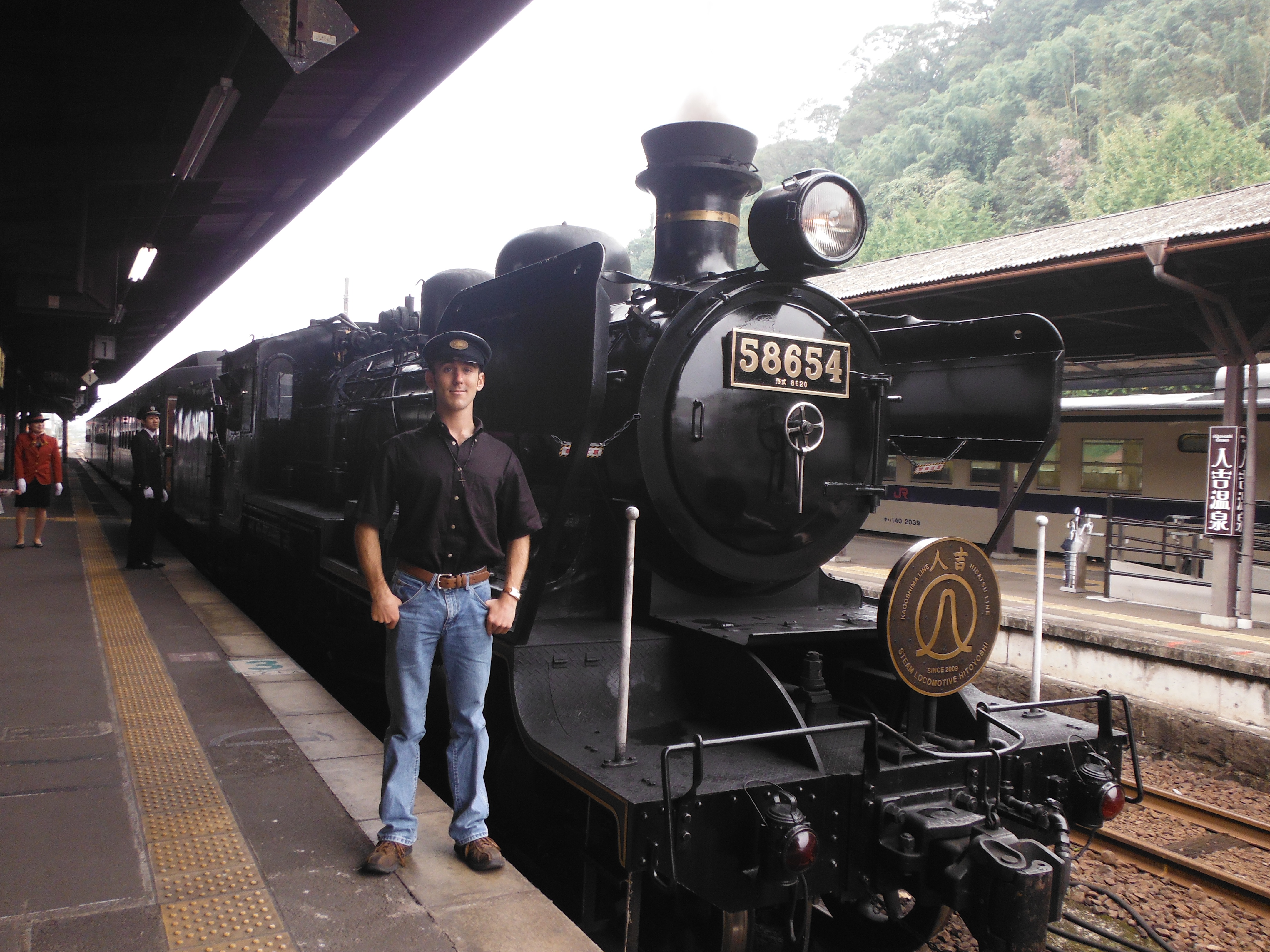 I took a train journey to see the sights near the Kumamoto river, on a train known as SL Hitoyoshi. Japan has a love of railway travel, and SL is what the Japanese uniquely refer to steam locomotives as. SL Hitoyoshi is the oldest running main line steam locomotive in Japan, built in 1922. It is lovingly restored so as to not look a day older than when it first roamed the rails. The ride was comfortable, and people waved to us along the entire length of the journey. These magnificent machines first brought transport to the world lessening journey times from months to days, and first brought travel for lesiure to the general public. I saw the engine off when we were taken back by the SL to Kumamoto Station, where I began my journey home to Tokyo.

This is but a small retelling of a wealth of experiences unique to Japan that I have found thus far, and you can too if you decide to come to Japan for a study abroad experience.

Blog 5 Reasons Why You Should Definitely Visit New Orleans In between well-known American cities such as New York, Los Angeles and Washington, D.C., a small Southern city such as New Orleans is easily overlooked. Having visited New Orleans as a tourist and currently studying in this interesting city...