Partnering for intercultural understanding is an important part of our mission here at ISEP. From March 9-11 2017, ISEP hosted 22 Fellows of the Young Southeast Asian Leaders Initiative for a three-day program in Washington, D.C. to engage with experts on contemporary human and civil rights issues in hopes of motivating them to take action in their own communities. As a non-profit based in the Washington, D.C. metropolitan area, ISEP was pleased to work in partnership with our member institution, Kennesaw State University, to host this portion of the program in our national’s capital.

The YSEALI program, launched by President Obama in 2013, was created as a broad effort to develop U.S. relations with Association of Southeast Asian Nations member states and nurture future southeast Asian leaders. The Academic Fellows Program, administered through the U.S. Department of State’s Bureau of Education and Cultural Affairs, brings undergraduate and recently graduated students from ASEAN Nations to the United States for a five-week academic institute. This group of Fellows completed their academic institute, also focused on human and civil rights, before traveling to D.C.

On Thursday, March 9, the Fellows heard from two leading LGBTQ advocates: Jason Terry of Global Ties, U.S. and Candace Gingrich of Human Rights Campaign. Jason addressed relationships between the LGBTQ community and law enforcement, and facilitated a rich discussion of key concepts such as intersectionality and structural violence. The Fellows offered rich perspectives on law enforcement and community relationships in their own local contexts, and were interested in learning more about intersectionality.

Candace discussed in broad terms the work of the Human Rights Campaign, and spoke with the Fellows about the importance of open and understanding conversation for the LGBTQ community. The Fellows shared powerful anecdotes from their own lives and advocacy work, and asked thoughtful questions about how they can take advocacy back to their communities and campuses at home.

Thursday afternoon, after a visit to the office of Georgia Senator Johnny Isakson and tour of the U.S. Capitol, the Fellows had a guided tour of the Belmont Paul National Women’s Monument, where they learned about the women’s suffrage movement in the United States. 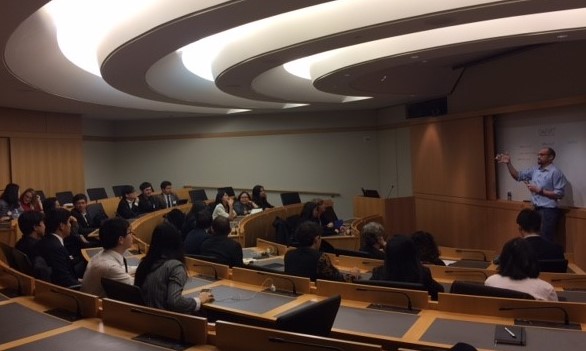 From USIP, the Fellows traveled to Capitol Hill for a session with Kim Ash of the Newseum. Kim detailed the history of the First Amendment and freedom of speech in the United States, and facilitated an engaging discussion about the role of journalists and freedom of the press in the digital age. The Fellows then visited the U.S. Department of State, who funded the program, for a de-brief meeting.

On Saturday, March 11, the Fellows had the opportunity to participate in a private tour of the U.S. Holocaust Memorial Museum, led by Drew Nickels, a volunteer Jewish studies expert at the museum.

As a values-first organization dedicated to cross-cultural learning, ISEP is proud to partner with Kennesaw State University to engage with these exceptional young leaders from South East Asia. We believe that access to affordable global education opportunities builds connections, knowledge and empathy for other cultures. Looking forward, we will continue to facilitate student mobility through successful partnerships.

News Incident in Stockholm Sweden April 7, 2017 A truck drove into a crowd of people at Ahlens Mall, located in the Drottninggatan shopping neighborhood in central Stockholm.
News & Events