In Finland, May Day, otherwise known as Vappu, is a celebration of the working class citizens and also marks the beginning of Summer. It is one of the largest carnival-style festivals held in the country. On Vappu Eve, people young and old alike flood the streets donning the student caps that they receive after graduating from high school. It’s an unwritten rule after purchasing the cap, you can never wash it nor can you buy a new one regardless of how dingy or old your cap becomes. So, it’s common to see hats whose white velvet has been stained by sparkling wine or has simply yellowed with age. University students also wear their overalls, variously colored garments that reflect their field of study and have been decorated with patches, pins, and beads of all kinds. Similar to the hats, you are not supposed to wash your overalls as it would be like washing your memories away. 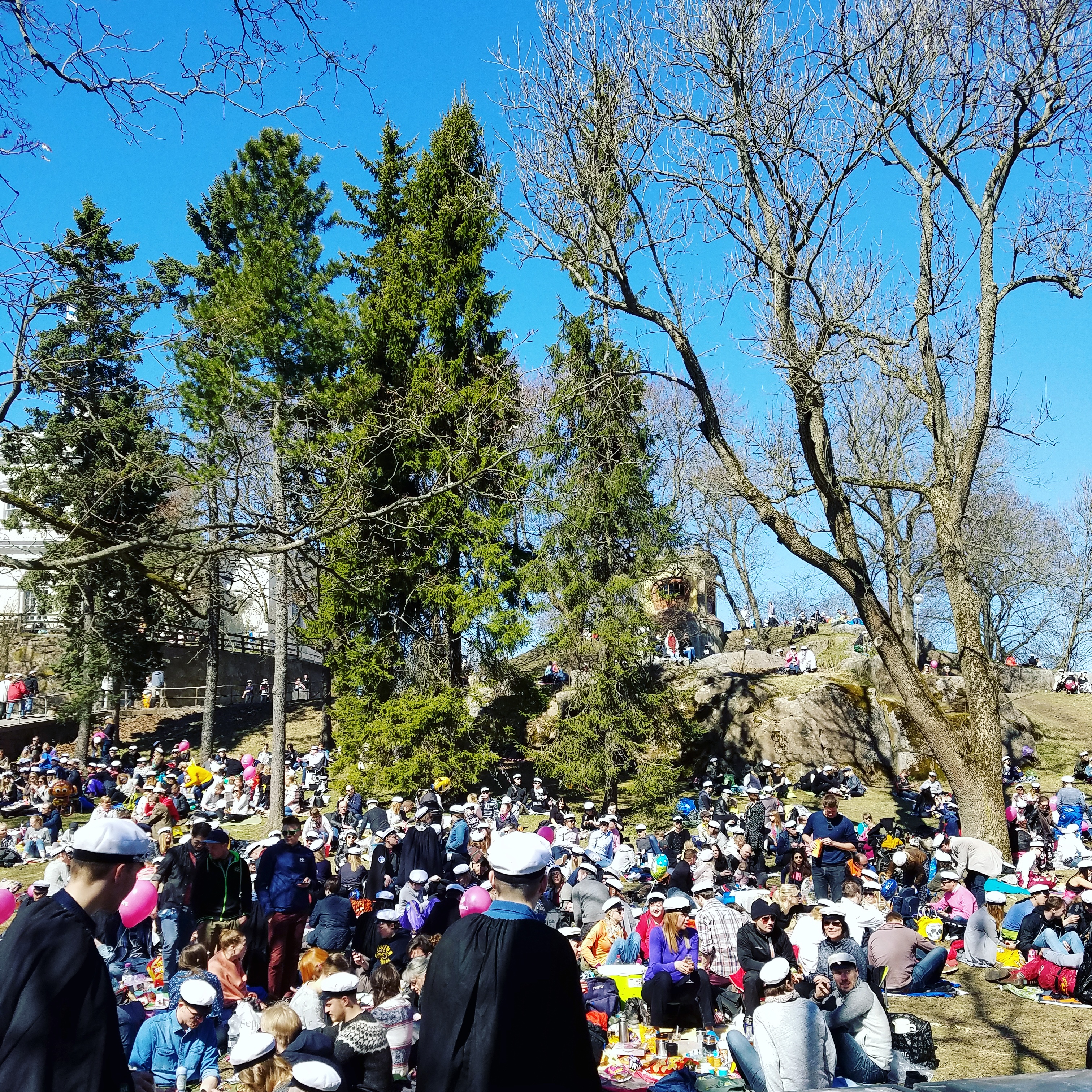 In Turku, the student organizations of the universities set up stands around campus where they share punch and snacks with one another. Traditionally, people drink sima, a homemade mead, and enjoy munkki, basically jam filled donuts, and tippaleipä, a funnel cake-like cookie. The highlight of the Vappu Eve festivities is a gathering held in the evening at the Art Museum hill. It is here that a commemorative speech is given to a crowd who responds positively by waving their student caps. This ceremony is known as the “hatting” or “capping”. At the end of the speech, the sea of people who have gathered on the hill and all the way down the street put their hats on and the crowd glows white. Then, the flags of the student organizations are flown in a small parade through the mass of people, who slowly disperse throughout the city center. The rest of the day is filled with gatherings and parties that last into the odd hours of the morning. It is common for students to make it to their beds just before sunrise. 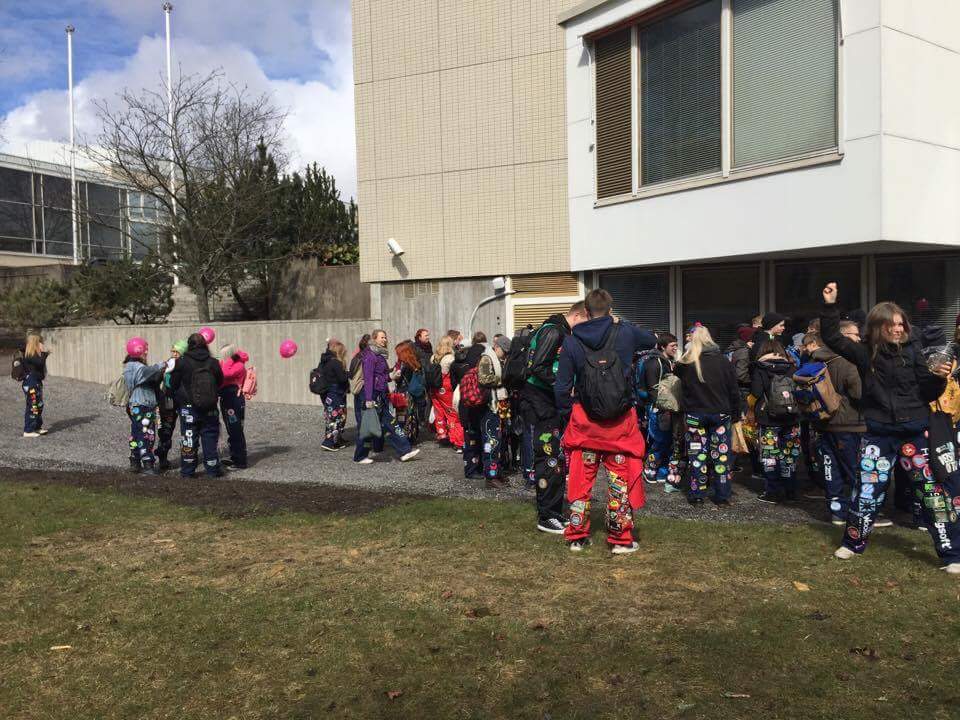 As would be expected, a day practically overflowing with fun is followed by lots of rest. On Vappu, the celebrations begin in the early afternoon, which allows for plenty of time to sleep in. All of the students gather at a local park, once again wearing their caps and overalls. Blankets are spread over the grass and people bask in the summer sun to enjoy a picnic. There are people playing traditional Finnish games like mölkky, people playing music and enjoying some food, and the occasional person napping.

If you were to walk through the hills of this park in Turku, you might dare to say that it is the largest amount of Finnish people you’ve ever seen in one place. But the truth of the matter is that native Finns and exchange students have come together to celebrate, so the people you see picnicking come from places near and far. Vappu is a celebration of unity, one that is shared with all who are fortunate enough to attend. I was lucky enough to spend these days surrounded by my fellow Anglica Ry members, lounging and soaking up the good vibes as my semester tumbles toward a lazy end.

Blog Celebrating Holidays Abroad Until my semester abroad, I hadn't celebrated any serious holidays away from my family and friends...and then Easter rolled around. Easter in Finland is celebrated a bit more widely than at my home university. The whole week leading up to Easter Sunday, the University of Jyvaskyla