Seize the Day in Switzerland 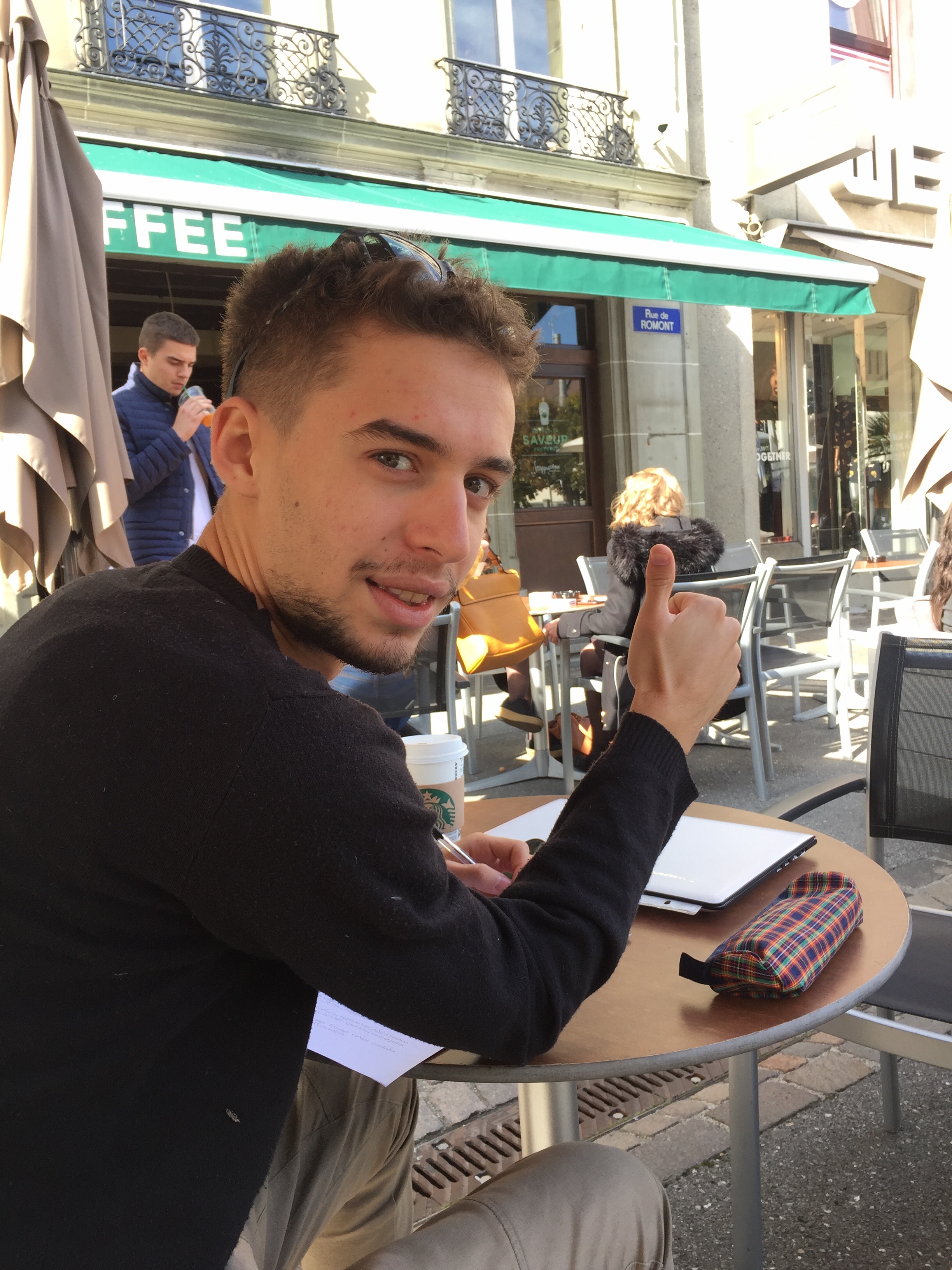 The journey from Canada to Switzerland had unexpected twists and turns that made me step out of my comfort zone and embrace being more independent.

As a monolingual Canadian, who has never really traveled outside of North America, navigating from the Pearson International Airport in Toronto to Geneva by myself was difficult to say the least. The amount of times I had to ask for help or stop to breath and think about my next step seemed endless. It’s safe to say that I basically winged it.

Don’t get me wrong, it was an experience that I needed to go through in order for my mind to be like “Hey, Matt… this is really happening.“ After landing in Switzerland, I invested in a Swiss-Rail half-fare card, exchanged some money and most importantly got something to eat.

In the process of all this, I learned that almost everybody in Switzerland speaks English. I eventually found my way to a train from Geneva to Fribourg and mistakenly sat in first-class, where I stayed because of a very kind ticket inspector. When I arrived in Fribourg, I walked to the university and received my new apartment keys. Once in my apartment, I slept for about 18 hours straight.

**Side note:** Most North Americans will experience a bit of culture shock once they arrive in Europe. Everything seems so completely different and new, but in a very refreshing way. Every time I see a building, I’m reminded of how old the cities and towns are in Switzerland. It has so much history. Every time I interact with people, I’m amazed at the differences that culture and country create in personality and mannerisms. For example, I went on a date recently with a wonderful Swiss girl and noticed that it was almost impossible for me to read her mannerisms and body language, like I can for women back home.

Anyway, I love it here. Sure, there are times when it feels difficult to do the simplest tasks. There are language barriers and customs that I need to get used to, but I’m growing as a person. I have learned so much! Both my French and German are improving. At this rate, I’ll be decent at both languages by the time I leave. The food here is amazing, though rather expensive. The people are so nice and are almost always willing to speak English; English is seen as a hip language here. The best part is I already feel as if I’ve made lifelong friends.

Important things to keep in mind while abroad:

Blog Study Abroad Starter Guide: Packing Tips, Life and Adventures This is the perfect starter guide for traveling to the UK... from what to pack, to meeting new friends and everything in between.