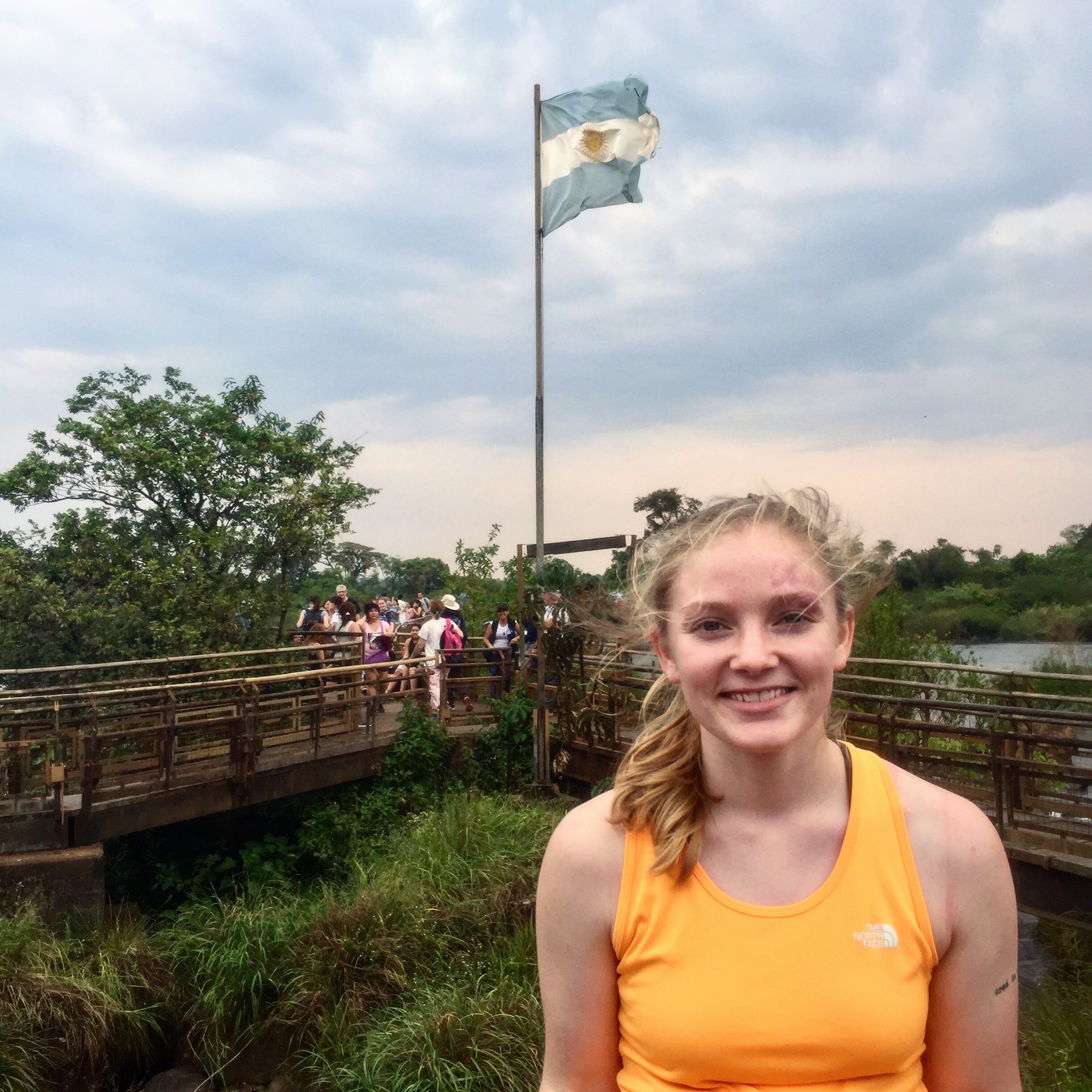 I have been in Buenos Aires for more than two months now and it’s quite the new experience.

Y’all, let me just start by saying that I’m so glad I have this opportunity with ISEP Voices. I’ll be honest here…I wouldn’t have written a blog otherwise. This is exactly the push I needed to document my experience.

I’ve never traveled out of the country before this. So far, I’ve been amazed at the differences between here and the United States and the other places I’ve learned about in Latin and South America. I’ve made friends with fellow exchange students from other non-U.S. countries and hearing their take on cultural differences is interesting.

I’m pretty adaptive and travelling generally isn’t too stressful for me, so my adjustment period was fairly smooth. I’m staying with an Argentine host-mother. She is absolutely wonderful. I couldn’t be happier with my placement. I also really like my roommate, who also happens to be from the States. One thing I still haven’t quite adjusted to is the fact that I cannot do my own laundry in Buenos Aires (there are no U.S. style laundromats, only laundry services). It may seem like a tiny thing but it is really testing my ability to adapt. I’m a very independent person so handing over my favorite t-shirts and underwear to strangers to take care of is scary, even though I know that literally everyone who doesn’t have their own machine does it.

Likewise, housekeepers coming to clean my room just gives me a bit of a weird feeling, even though I know it’s their job. It’s normal here for middle-class citizens to have one or more ‘empleadas’ that come to work in the house. Also, Argentine’s or more specifically porteños are very loose with the language they use. While certain things would be considered very offensive in the U.S., here they are perfectly acceptable. But I do wonder if that norm is shaped by potentially offended groups not having much say in the matter? There are a lot of cultural norms that are intriguing, especially when viewed through various lenses of social and economic privilege but in the interest of not writing a multiple-page essay, I’ll save that for later.

On the other hand, my favorite aspect of Buenos Aires so far is the custom of kissing people hello and goodbye. In the United States, we as a whole are a little touch starved in our day to day lives, and afraid of making physical contact for fear of sending the wrong message. But here everyone…male, female, child, adult, professionals or casual friends greet you with a hug and kiss on the cheek. It’s definitely a big change from the professional handshakes or awkward side-hugs of the States. Sure with my close friends, I’ll give a real hug hello or goodbye. The gesture here is so widespread that it kind of blew me away. Though, I’m told by my French friend, Margaux, that in the south of France they may use three to five kisses or more, which is another interesting comparison. Overall,the gesture is incredibly sweet and I wish we had something similar in the U.S.

Moving on from kisses, I’ll say that I expected my first experiences with my classes to be daunting and I was right. I’m used to my Spanish teachers in the U.S. talking in Spanish for most of the class. However, they speak slowly and enunciate specifically because it’s Spanish class. Here, I take real classes with local students. The professors speak with casual speed with an accent or vocabulary that I have no experience with. It is incredibly taxing. Some of the class formats are also not my cup of tea but that could happen anywhere, even at my own home university. I can tell how much better my fluency has gotten for having this experience and how much more I can still improve.

If given an unlimited word count, I would love to use this blog to examine some deeper aspects of culture, language, social norms and the like but alas, I’m probably over my word count already. Maybe in the future. But for today, I’m just glad to reflect on my first two months abroad. Overall, I’m glad I’ve been challenged some by a new culture and way of life. I’m content that the transition wasn’t too stressful. I wouldn’t call it homesick but I’m definitely finding a greater appreciation for the ease with which I walk through daily life in the U.S. I’m missing being in a place where I don’t feel the need to practice everything I want to say beforehand. I think I’ve also gained a greater empathy for those experiencing language barriers, especially in the U.S. I suppose that is as good a way as any to wrap up this first post, but I wouldn’t leave y’all without some pictures, too!

Peace, love, and besos to all, Phoebe

Blog My Experience as an Immigrant Helped Me Adjust to Studying Abroad As unique individuals our personal experiences can impact how we navigate through the world. Read how an ISEP Study Abroad student credits her experiences as an immigrant for aiding in her transition abroad.