‘Tis the season for holiday merriment… and pie! ISEP Coordinator Päivi H, from the University of Eastern Finland Joensuu, tried her hand at baking pumpkin pies (based on a recipe shared by ISEP Regional Director for Latin American and Iberian Programs, Linda S). Here’s her story detailing her great pumpkin pie experiment! 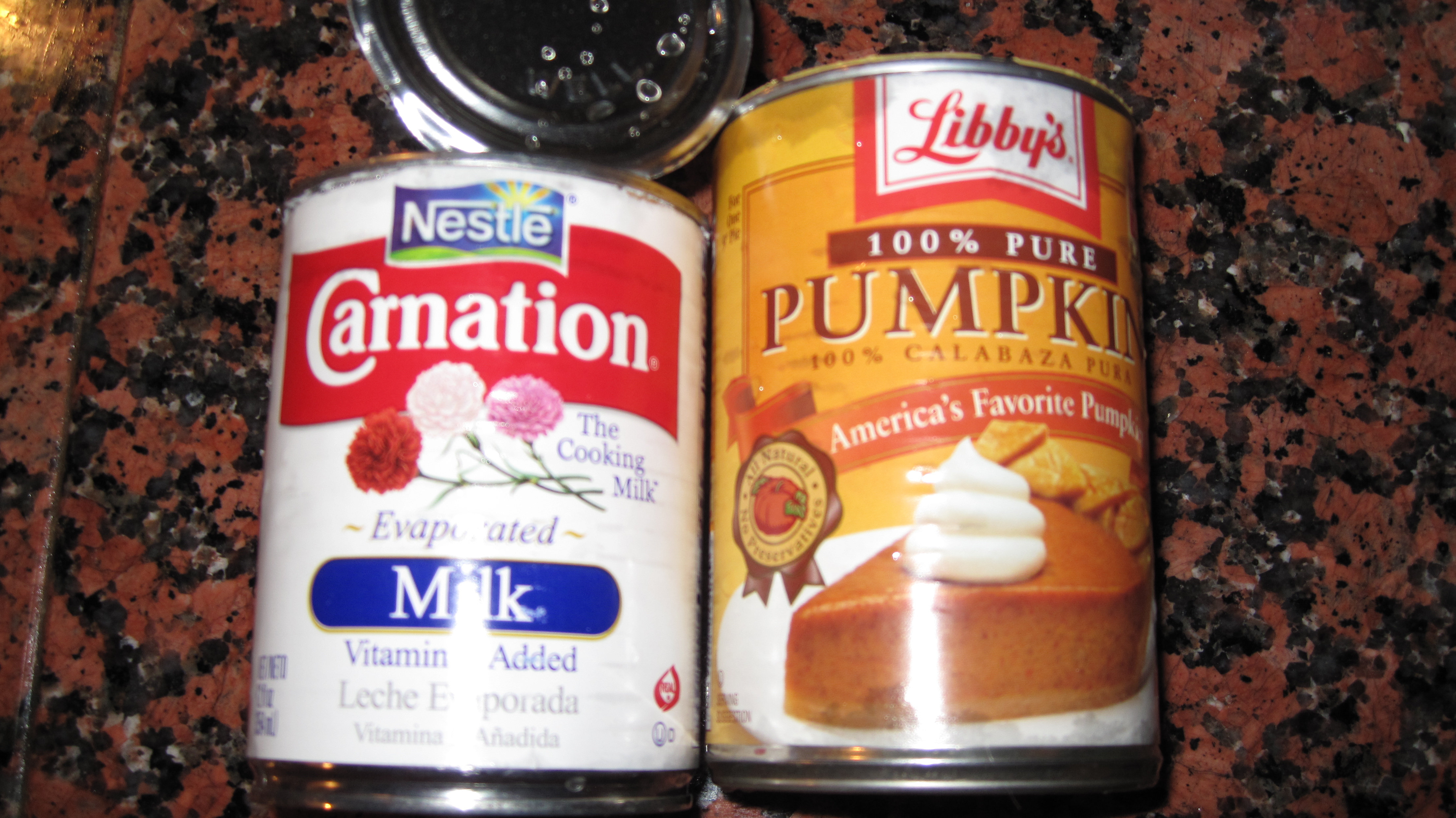 You know those things from another country that you keep on hearing about? Well, the U.S. and the pumpkin pie has been one of those things for me. A while ago, I attended the Coordinator Workshop and the Council of Advisors meeting in Arlington, VA. Pumpkin pie came up during a dinner conversation one evening and the following day, Linda S from ISEP headquarters brought me her recipe for the pie as well as couple of necessary ingredients, namely a can of pumpkin and a can of evaporated milk.

My children as well as my colleagues at work were impatient to taste the pie, so one evening I gathered all the ingredients and Linda’s recipe and started off: “To make the pie crust, mix the flour and spices with lard.” Wait a minute – lard? Now, that ingredient is rarely used in the Finnish cuisine and I would not find it in my grocery store, so I decided to use shortening. The dough was easy enough to make. I actually made three different versions: a regular one, one without milk, and one without wheat – allergies in the family, you see.

While the doughs rested in the fridge, I prepared the fillings, one regular, one without milk. That was quite straightforward as well although I was a bit unsure how to replace the condensed milk in the milk-free version. I decided to use oat cream because I had it at hand.

Linda had told me that the recipe was for two pies, so I had two pie pans ready. It turned out that there was barely enough of dough for the two and I was a little bit afraid that the crust would be too thin but had no choice than to fill in the crusts and put the pies in the oven.

Then I waited. Before long, a delicious smell floated from the kitchen. As the allergy versions were in tiny pans, I checked the oven regularly. I wasn’t sure when the pies would be done and decided to test each one with a toothpick in order to see whether the filling was still sticky. One by one, the pies were judged as being ready and were taken out of the oven. 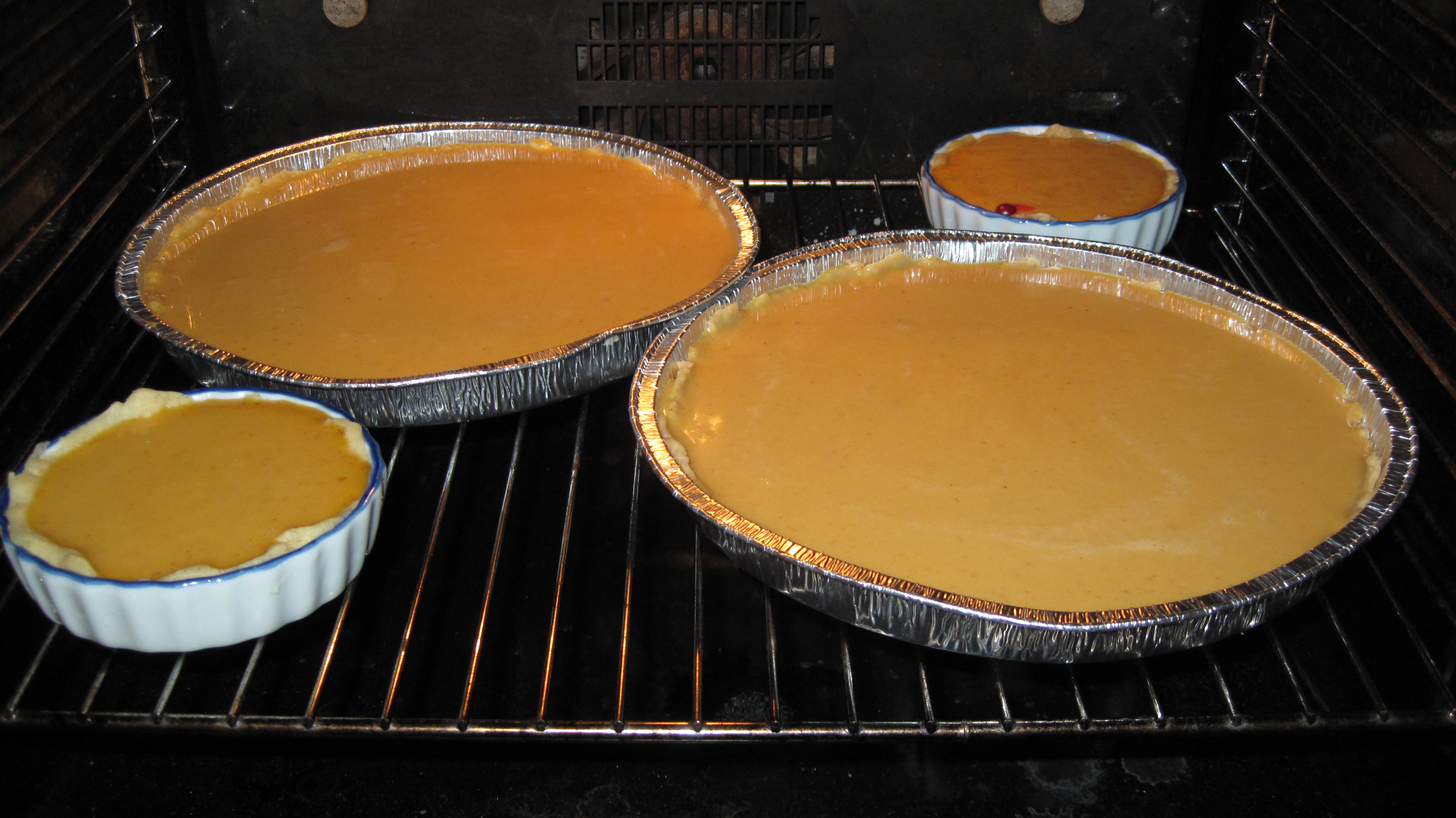 Pumpkin pies baking in the oven.

My 11-year-old had trouble keeping his fingers away from the hot pie, so I sent him to the grocery store to buy some whipped cream to go with the pie. By the time he got back, the pies had cooled down a bit and we could taste them. Yummy! No matter the pie was still too warm for the whipped cream, which started to melt when put on top, the combination tasted delicious! The thin crust worked better than I had thought and the flavors of the filling were well balanced. The milk-free version tasted a bit sharp and I wonder if the taste could be improved by using coconut cream or almond milk instead of oat cream? In any case, this family will be growing pumpkins next summer! 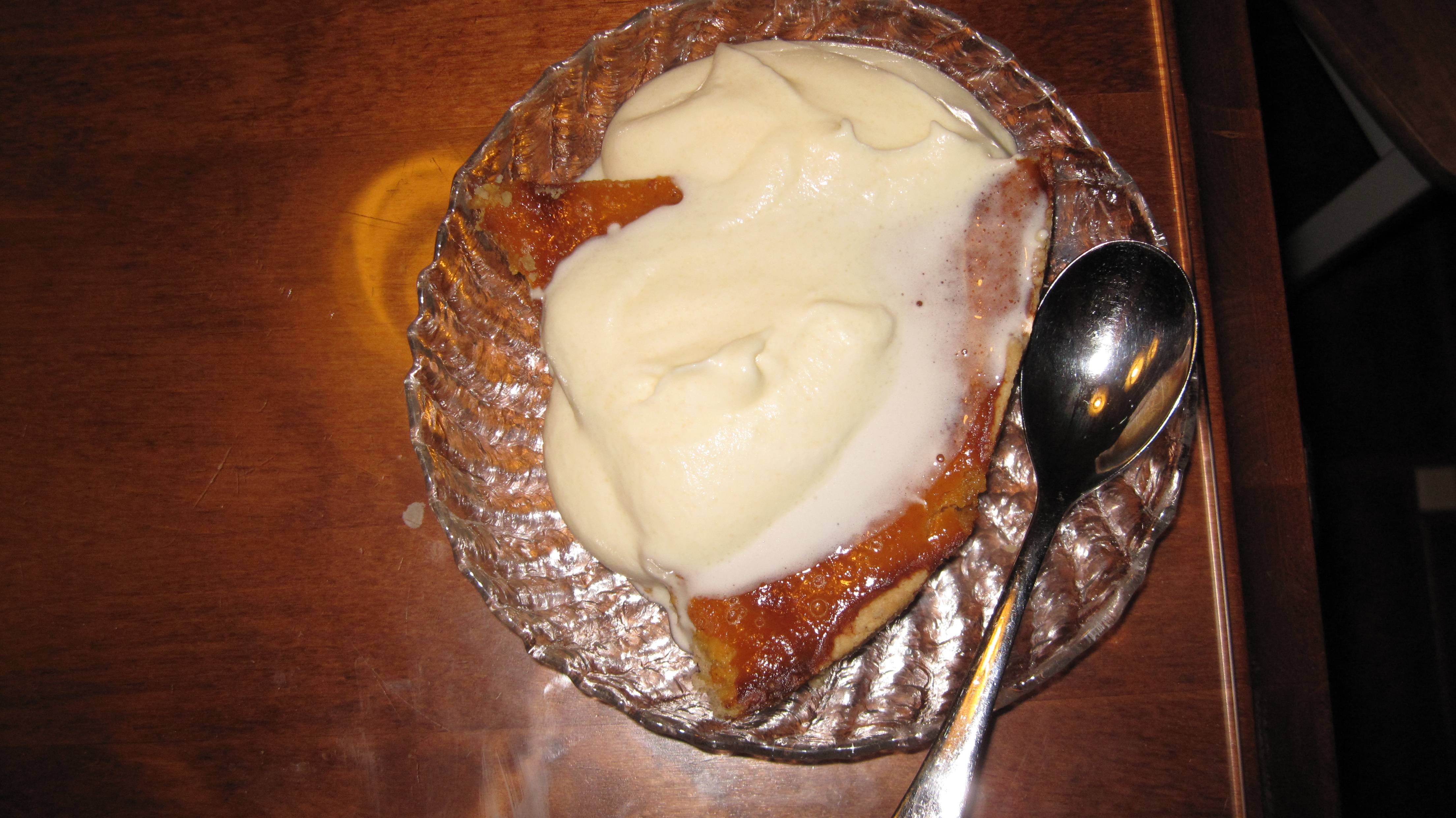 Thanks Päivi! Want to try some American culinary traditions of your own? Visit the ISEP website to see where you can study abroad in the United States.

Blog Study Abroad in Estonia, Home of the First Christmas Tree Merry Christmas to all! At this festive time of year, we are inspired to show you what Christmas is like for our ISEP students abroad. And what better place to showcase than Estonia, which is regularly voted one of the world’s best Christmas destinations, and also claims to have originated the custo...