Before I even stepped foot in Seoul, I had been fascinated with the way this city balanced its modern day embellishments while still surrounded by traditional elements such as Gyeongbukgoong Palace or Bukcheon Hanok Village. These places encapsulate what it was like many years ago before Seoul was even the capital of South Korea. Here you can see foreigners along with Korean people bustling about in traditional clothing and children running around the expanse of the palace walls.

On one of the first warm days since my stay in Korea, I decided that it was my turn to experience one of the beating hearts of Seoul City. My friend, Maia, and I, both young black women had wanted to see firsthand what traditional Korean life was like decided to make the short journey to Gyeongbukgoong Palace ourselves. Unlike myself, Maia, had been in the area before with a different group of friends but was only able to try on a hanbok (traditional Korean clothing) and not actually enter the palace. She informed me that if you rented a hanbok you would be able to get into the palace for free without having to pay an entrance fee. So we went to one of the numerous hanbok rental places in Insadong and started to go through our options. The hanboks were lovely and I felt bewitched by the frivolous colors and oversized skirts. It took us a while to figure out which color scheme we would go with but I ended up deciding that warmer pinks and yellows would fare best against my complexion. 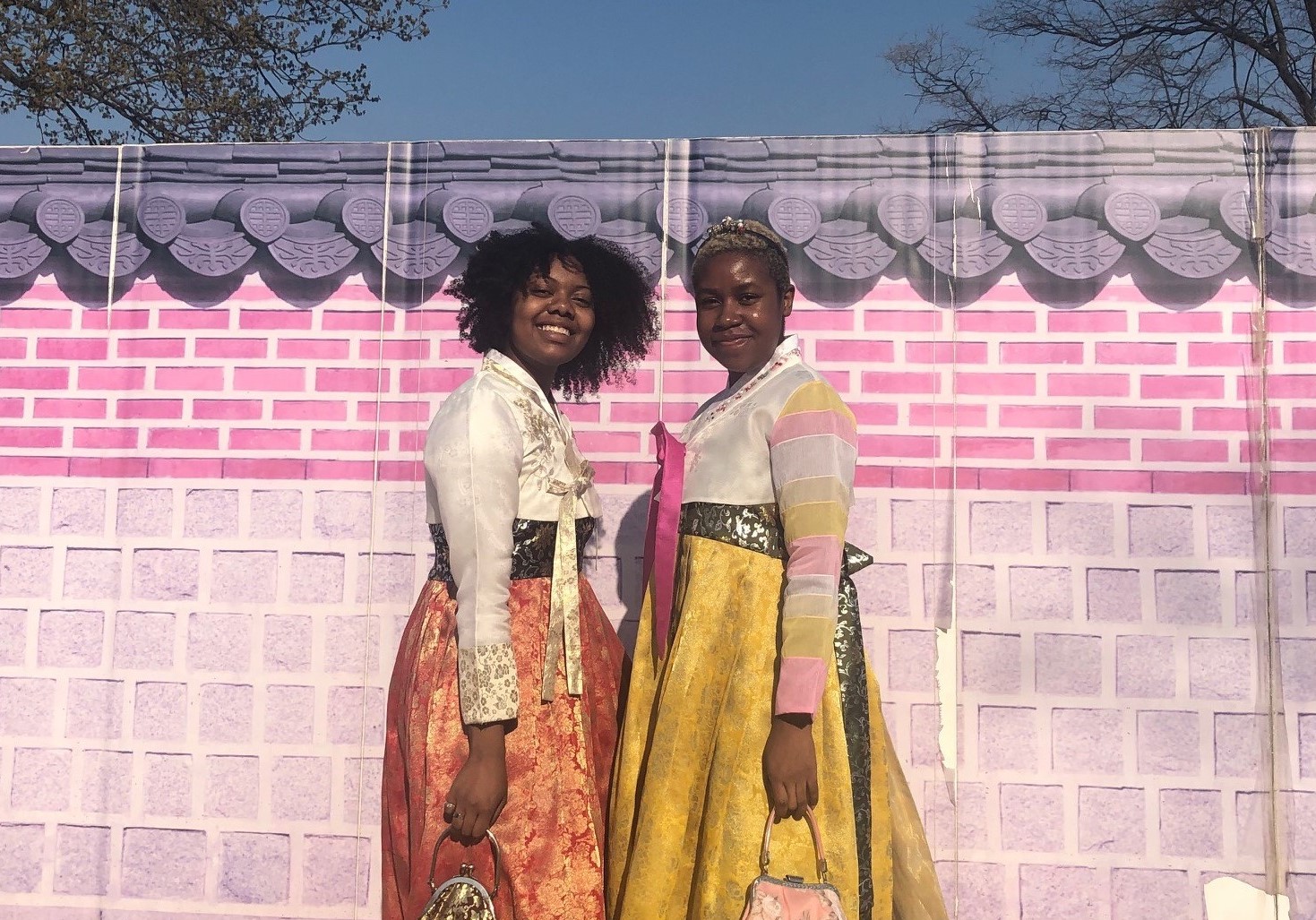 The women who helped us only made the experience even more pleasant than I was hoping. One of the women commented and said I reminded her of her daughter when I spoke and that my Korean wasn’t one of someone who wasn’t a native speaker. It meant so much to me that she recognized my effort to communicate while giving me the needed confidence to speak more. I was touched by the gentle caress of their words and their kindness that they poured into me. The experience made me ecstatic to test the waters so I could finally get to see what a traditional Korean village was like. I already knew the stares we would get when we left the hanbok rental shop, especially dressed up the way we were, but I never expected to see other people, who were also wearing hanboks, laugh at us. They pretended like they weren’t but it was very evident in the way their lingering eyes would capture ours as we walked by. I felt like the more time I spent outside, the more my confidence dropped from the wayward glances and whispered words of those who had never even met me before. But for the sake of having a good time and enjoying something that I had never done before, we kept on pushing towards our destination. 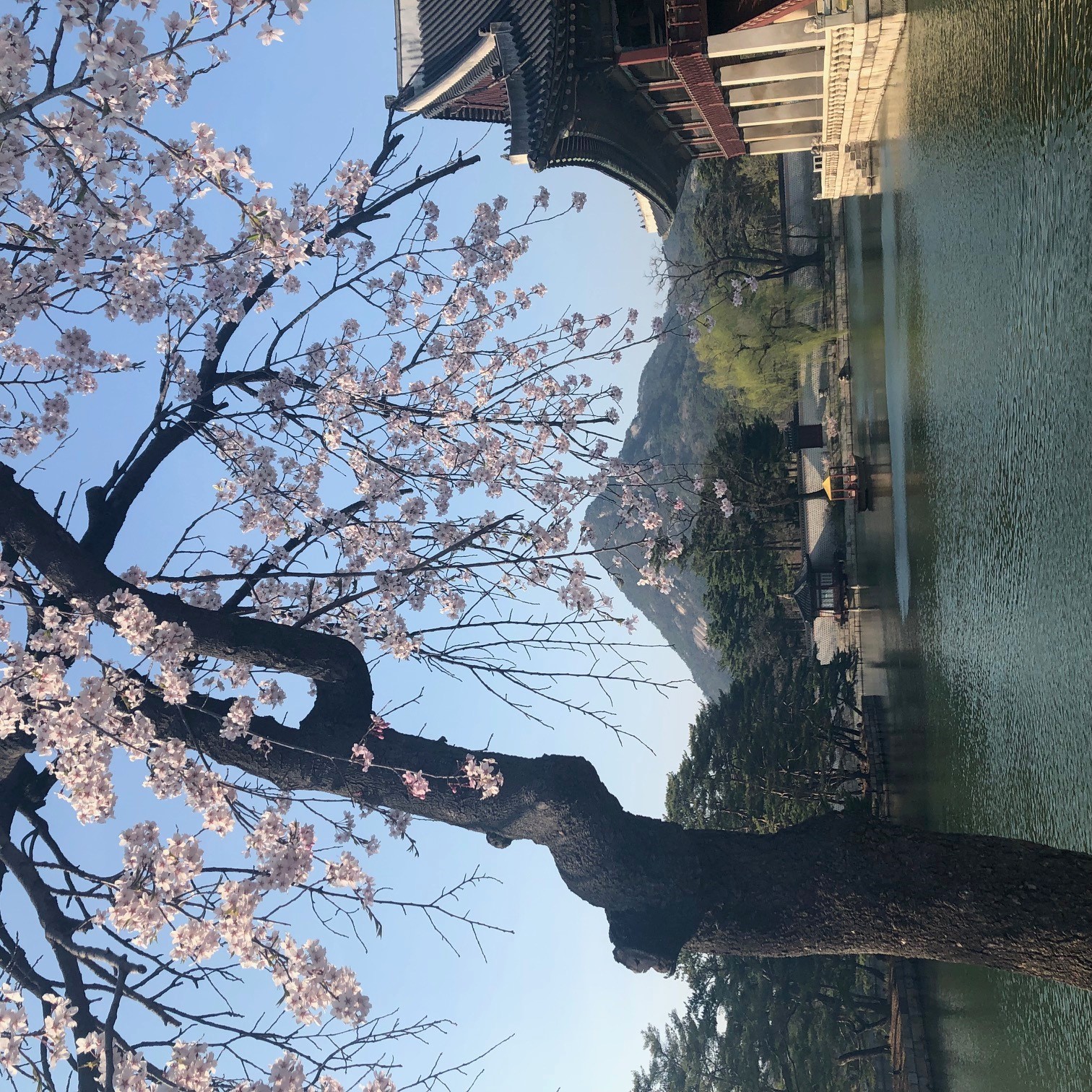 Arriving to the palace was a feat on its own, getting lost along the way but basking in the scenery of the traditional village was easy. The silent yet strong disposition of the mountains in the backdrop was a stark difference to the bustling traffic that passed us by frequently. Korea was stunning and no matter what I went through here, I still couldn’t shake the affection and affinity I held for not only the beauty of the language but this city that had me entranced.

blog Study Abroad in South Korea: What they Never Tell You as a Black Woman Abroad

Despite trying to hold my head high with so many people visibly judging us, it was still discouraging. But we encountered clear skies and kept forging forward. We arrived at the palace and the feeling was indescribable. The walls soared above us and we had a perfect view of cherry blossoms all over the entrance, the weather warm enough for them to show themselves. But the second we got to the other side of the entrance, tourists started pointing at us and started to take pictures of us very blatantly without asking permission. They followed us around sporadically for the next 2-3 hours taking pictures and saying how they had never seen a black person before. It’s one thing to look at me because I’m different, but it’s another to disrespect my space and privacy by taking invasive photos of my friend and me. The entire experience was very disheartening to say the least. I wanted to be a part of something that was completely foreign to my understanding and get a chance to learn a part of a deep history. But instead it was tainted by unkind intentions. I wanted to lash out and angrily tell these people to stop disturbing my tranquility, but in that moment, I was aware that I would be representing every black person if I had spoken my mind. That to be a black women in the eyes of others was to be irate and a speaker box for an entire Diaspora than spanned hundreds of countries and thousands of years. I felt aggrieved and there was nothing I could say.

I left that day with a heavy heart and different outlook that told me I had to be more careful in order to protect my peace. 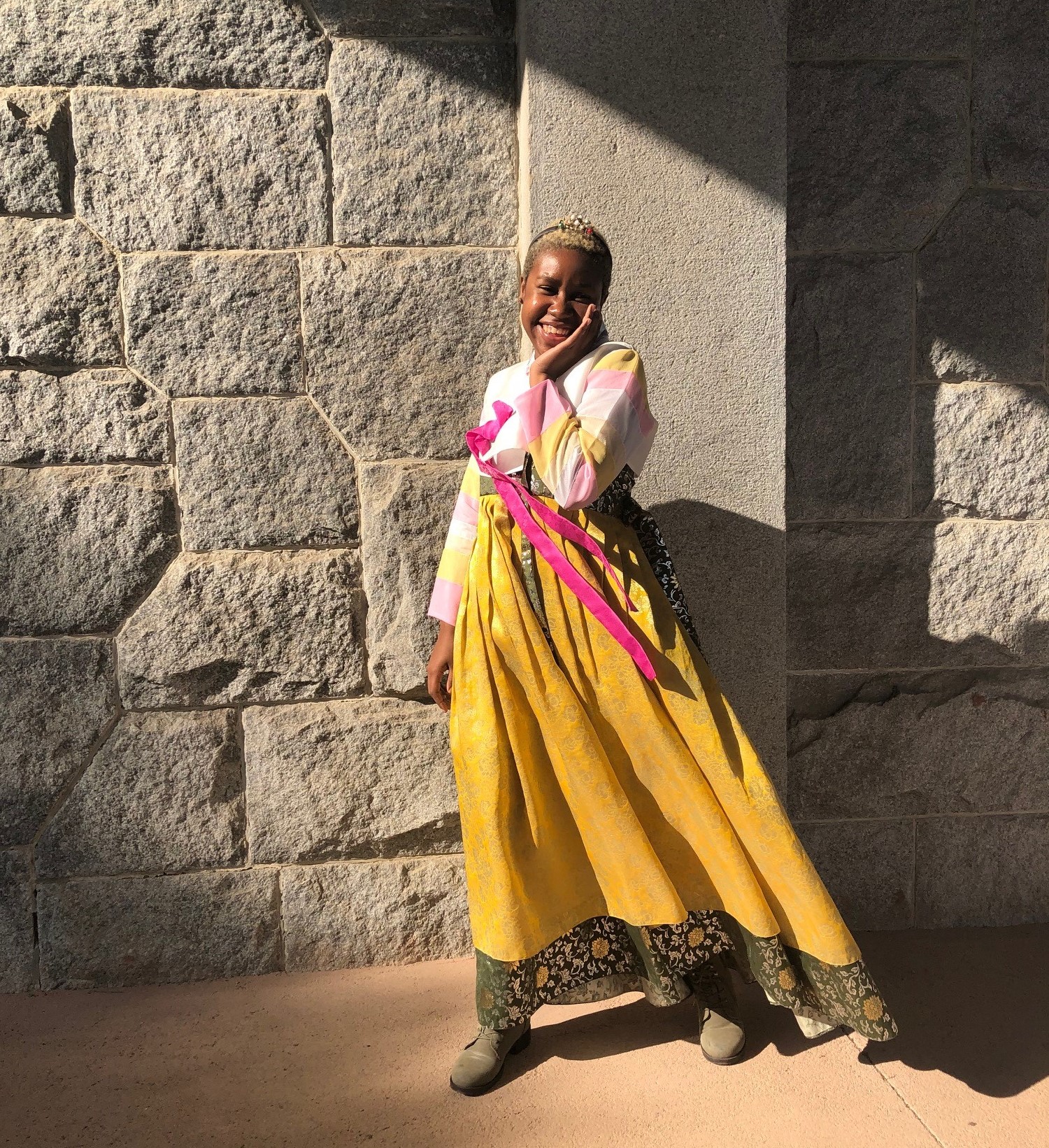 Blog Tips for Facing Anxiety While Studying Abroad Even while enjoying my exciting experience abroad, I suffered an unexpected anxiety attack. Here are some tips if you ever find yourself in my situation, drowning in panic and homesickness.