Earn academic credit you need and maximize your summer! Choose from programs as short as two weeks or as long as eight, and earn credits for your major, a foreign language, or your general education requirements.

All ISEP summer programs include tuition, housing, and health insurance. On site, you’ll be supported by an ISEP Resident Director or an on-site ISEP coordinator who works full-time at your host institution. Many programs include additional benefits, like airport pick-up, excursions, meals, and more.

Get in touch with our team to find the best program option for you.

Study Abroad with ISEP this Summer

Our Most Popular Destinations

Study in Your Major

Need some guidance? Connect with our team! 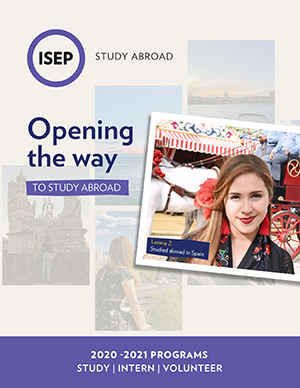 Download our Catalog
Our site uses cookies - some are essential to make the site work; others help us improve the user experience. By using the site, you agree to the use of these cookies. To learn more, please read our privacy statement.