Random Things I Didn't Expect While Studying Abroad in the U.A.E.

Bianca is an ISEP Voices blogger. She is a criminal justice and finance major from Virginia Commonwealth University, and is currently studying abroad at American University of Sharjah in the United Arab Emirates.

When I walked onto campus on the first day of school I immediately realized I was different. How? Almost none of the students had heavy backpacks, or even carried backpacks at all. It might seem like an insignificant little detail, but it actually took me by surprise. This is college. Aren’t we supposed to have backpacks filled with notebooks, laptops and textbooks? Apparently, not in the U.A.E.

Ladies here carry small-sized notebooks and usually one writing utensil in a crossbody bag that couldn’t possibly be bigger than an iPad Mini. Ladies eventually started using tote bags as the semester went on. Most of them are designer bags and in my opinion are used more for fashionable purposes. Don’t believe me? Here is a picture of the purses two of my classmates actually brought to class. 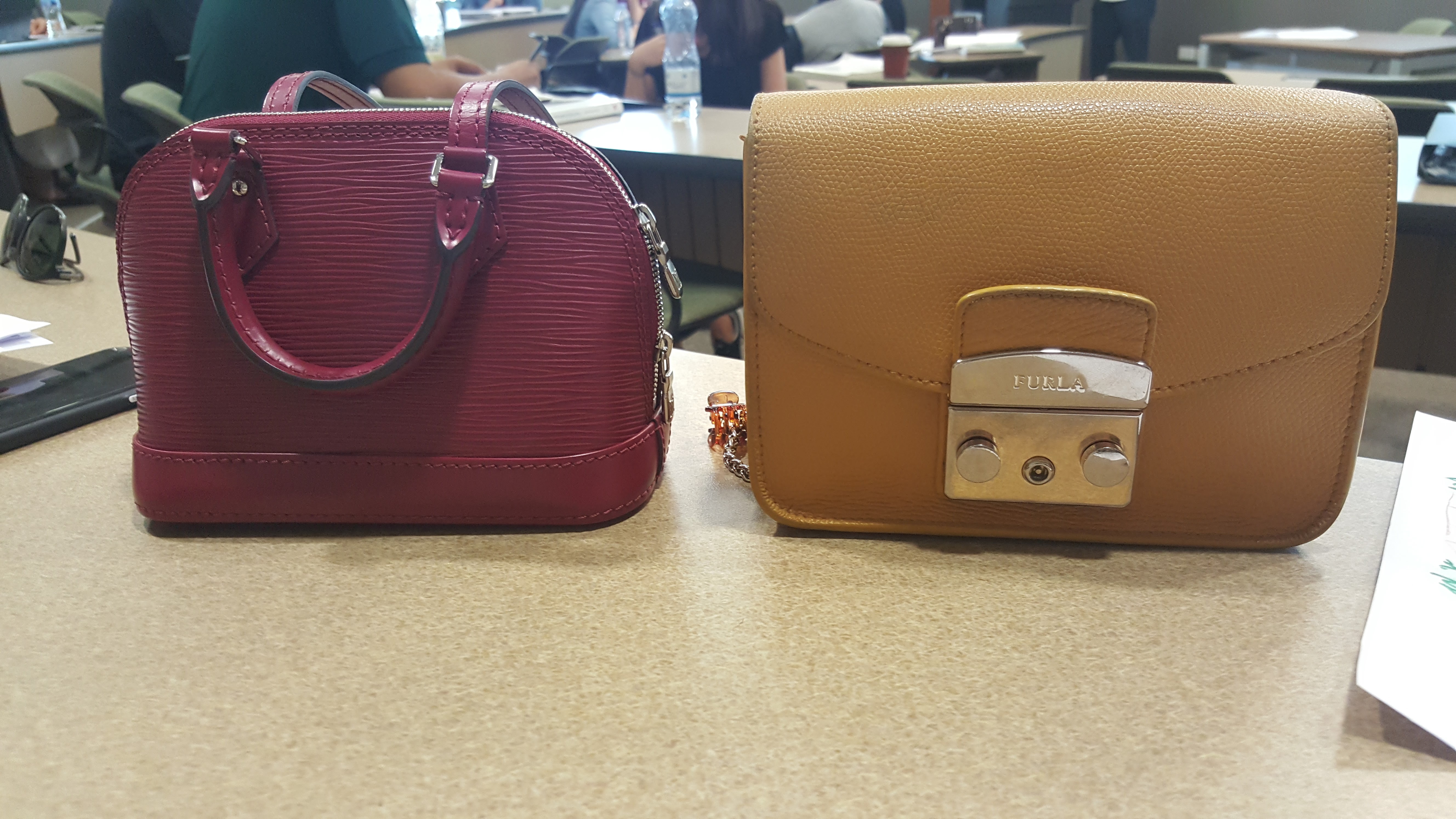 Males tend to use more backpacks, but some just like to carry their notebooks and pencils in their hands and pockets.

What else could possibly be so different in the U.A.E.? Normally when I go to class, I don’t really make an effort of putting on makeup - mostly because I am in a hurry to get there on time. Ladies from my home university are mostly comfortable not wearing makeup to class and don’t feel the need to dress up often. For most ladies in the U.A.E. however, makeup, good clothes and a fashionable hairdo is a must before leaving home. It doesn’t make a difference if they have class at 8 in the morning or 2 in the afternoon, ladies in the U.A.E. are always well-dressed.

Next on the list? Cleaning up after yourself. In virtually all fast food places in the U.S., you are expected to throw away your trash and clean up. The dorms at my home university also state that students have to be clean, but don’t actually clean the rooms for them. At the American University of Sharjah, things are different. The food court here has slots where you can leave your tray, but most students just leave their trays on the table and employees pick them up after they’re done. I’m just used to doing everything myself and found it difficult accepting that I didn’t need to throw my own trash away or clean my room. After all, in American society that’s one of the first forms of etiquette we’re taught to practice.

So there you have it - a couple of random things you would have never thought about studying abroad in the Middle East! What will you notice when you study abroad here?

Blog How to Study in France and Take Courses in English Here's a list of ways you can study in English in France with ISEP. Some of the most popular programs are those that offer a mix of regular university courses in English with about three to six U.S. credit hours of French language and civilization courses.

Bianca is an ISEP Voices blogger. She is a criminal justice and finance major from Virginia Commonwealth University, and is currently studying abroad at American University of Sharjah in the United Arab Emirates.